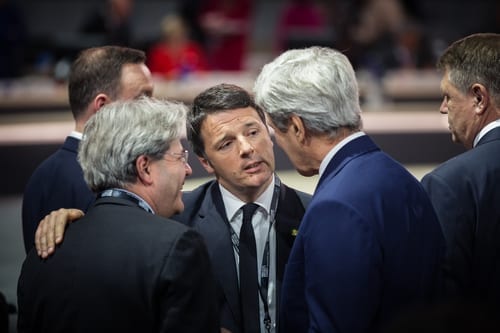 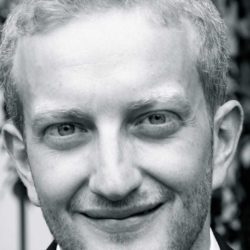 The Italian way is not so different to other political trends that we have seen across Europe. Strongly personalised electoral campaigns have brought to power leaders that have developed a direct relationship with citizens. Such “personal leaders” [1] gain growing autonomy from their parties, and very often stay in power in spite of the opposition of relevant parts of their party structure. No doubt that this is the case for Matteo Renzi: as the first European leader to be elected through primary election open to simple party supporters, he has reached the pinnacle of the Democratic Party acting in the role of “rottamatore”, the “Demolition Man” of “dusty” institutions. After becoming the youngest Prime Minister in the history of the Italian Republic, opposition to his main political initiatives came from the left-wing Partito Democratico (PD) minority. Yet, from an international perspective, Renzi is not an isolated case. From the rise of Jeremy Corbyn as the leader of Labour party in the UK to Donald Trump as US President-elect with uncertain support from the Republican party, there are quite a few political leaders who increased their power despite a certain lack of support from within their parties.

What is peculiar about Renzi is that he is trying to push through constitutional reforms to change the institutional setting of the State. The core idea of the reform, which will ask for approval by the people at a referendum to be held on December 4th, appears very simple: turning the traditional symmetric bicameralism into an asymmetric one, with the Chamber of Deputies expressing the confidence vote to the government and a downsized Senate. This is a point that was largely present already in the debate within the Italian Constituent Assembly, to such an extent that Italian constitutionalist Carlo Fusaro [2] notes that «one cannot imagine a more effective propaganda in favour of a reform of the Italian Parliament than reading those proceedings». Moreover, the current proposal is the latest of many attempts of constitutional reforms in Italy, with three bicameral commissions formed since the 1980s to boost the effectiveness of the State. Yet Renzi himself has personalised the constitutional reform by indicating that he would resign if he failed to convince voters to support constitutional change, a key point in his political reform programme. Opponents have interpreted the proposal as an initiative to be entirely ascribed to Renzi, despite the fact that it has followed a two-year process of parliamentary approval, and the fact that the referendum has a chance to hinder the Prime Minister’s plans.

Consequently the public reform debate has been particularly heated and radicalised. It has focused more on ideological questions than on the actual contents of the constitutional amendments. According to its supporters, the change of the constitutional charter represents an important moment in Italian history, as it overcomes the symmetrical bicameralism introduced after World War II that has slowed down parliamentary law-making in the last decades. From this point of view, Renzi appears as the only leader able to overcome the impasse of constitutional change in Italy.

However, there are many opposing forces. This includes a group within the PD itself with Pier Luigi Bersani, the former secretary of the Democratic Party, and Massimo D’Alema, former Prime Minister and one of the most prominent figures in the Democratic Party, at the forefront. Those who reject Renzi’s proposal argue that it would remove checks and balances on executive power in Italy, and disempower parliamentary institutions. According to them, the reform would put Italy on a path of populism that seeks to threaten Europe, and would also pave the way for any possible future authoritarian endeavours. According to Bersani, the constitutional reform will lead to «a problem of democracy». Whatever the outcome will be, there is no doubt that the referendum is splitting the Democratic Party.

Both Renzi and his opponents are part of a process where personalisation is changing the face of our democracies, and is now influencing constitution building. Indeed a new phase of constitutionalism has begun, where the charter is the result of the project of individual leaders. Since the 17th century revolutions, constitutions have defended citizens’ rights through a legitimised parliament. During the second part of the last century, political parties have replaced parliamentary assemblies in writing constitutions that answer to the growing demands of their mass constituency[3]. The presence of leaders in creating or modifying constitutions is a very recent story, with new monocratic actors finding a new channel to realise their political vision. In this way, as the Italian case of the referendum on constitutional reform has largely shown, a constitutional project ends up being identified with the specific political leader who proposes it, even though it is one in a long list of failed constitutional projects.

The current reform does not directly affect the power of the prime minister, nor is it likely to present a serious challenge to the Italian status quo. It may, however, have relevant consequence for Renzi’s leadership and the future of the Italian left.

Renzi has recently clarified that «this is not one person’s reform, this is the reform Italy needs». That’s true. However, this statement, probably arrives too late, and certainly does not acknowledge to what extent personalisation affects politics in our age.