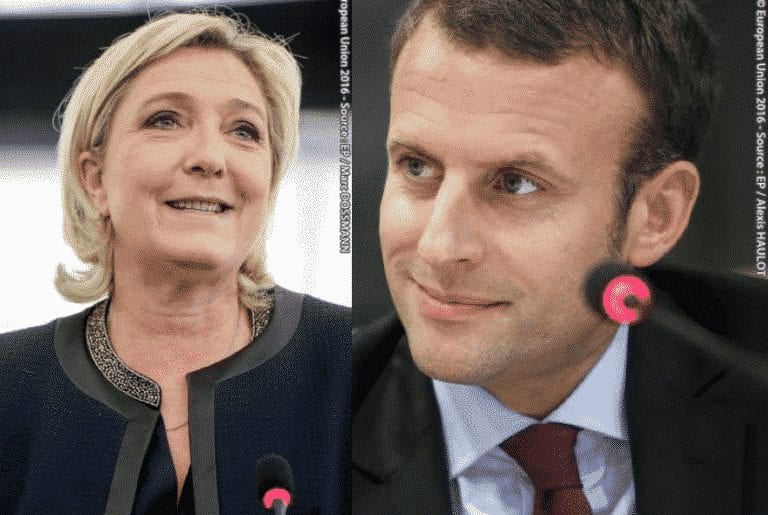 The end of March and the beginning of April were marked by the striking progress achieved by Jean-Luc Mélenchon – within a month the transformation in voting intentions was significant; from 10.5% on 17 March to 19.5% on 17 April. The Unsubmissive France candidate secured a considerable proportion of voters from amongst those who work in managerial roles as well as those who work within the public sector. This was not his only success as he gained momentum amongst the poorest sectors including administrative data entry clerks (low-level employees), workers, those without degrees (professional qualifications) and those living in rural municipalities. As such he effectively siphoned off the electorate who had previously supported Benoît Hamon and moved to challenge Emmanuel Macron for the leadership amongst voters who had previously voted for François Hollande during the first round of the presidential election in 2012.

However, having considered the data available to us we note that this momentum declined towards the end of the campaign between 6 and 20 April. The number of voters who indicated an intention to support Jean-Luc Mélenchon then stabilised at a point which did not allow him to qualify for the second round of the presidential election. It could be argued that some voters may have internalised the concept that Marine Le Pen’s presence in the second round was near-certain (given her increased popularity) and the prospect of seeing her face Jean-Luc Mélenchon in the second round frightened the voter base which opted to shift en masse to the candidate most likely to ensure they avoided such a spectre.

Having achieved 22.5% of the voting intention on 12 April [[The data presented in this memorandum is the product of a secondary analysis of the Ifop-Fiducial Data poll conducted for Paris Match, CNews and Sud Radio.]] – his lowest score since 23 February and the coalescence with François Bayrou’s candidacy – whilst Emmanuel Macron gradually progressed during the last portion of the campaign to obtain 24% of the votes within Metropolitan France by 23 April. Most notably, this was strengthened amongst the CSP+ (upper socio-professional category) (30%, +3) and the self-employed. Macron achieved further momentum by gaining four points amongst those who earn between 3,000 and 4,000 EUR per month (29%) whilst maintaining high levels of support amongst those earning 4,000 EUR and more (33%). He also gained seven points amongst the upper middle classes (31%) whilst François Fillon lost six points at the same time. He successfully built on this momentum shift as he proceeded to secure four points in a poll of those who had previously voted for François Hollande in 2012, whilst seemingly maintaining stable ratings and broad support from those who had voted for Nicolas Sarkozy (17%) and François Bayrou (50%) in 2012. The Forward! (En Marche!) candidate has broad appeal to a large proportion of the electorate, some of whom had previously been seduced by the rhetoric of Jean-Luc Mélenchon. A few days before the election, 53% of Emmanuel Macron’s voter base declared that they would support another candidate who did not completely reflect their ideology where it was clear that they would have the best chance of progressing to the second round, whereas the average between the other candidates was only 26% [[Ifop survey conducted for Atlantico.fr using online questionnaires between 10 – 13 April 2017 using a sample of 2,797 people who were present on the electoral roll, an extract taken from a sample of 3,000 persons deemed to represent the French population aged 18 years and over.]]

Despite maintaining no outward appearance of any significant progress, François Fillon witnessed a growth in support towards the end of his electoral campaign largely due to a voter base which mobilised towards what they considered to be a safer choice. This included voters aged 65 and over (32%), retired people (pensioners) (37%), self-employed workers (26%) as well as graduates from both higher and lower secondary education (26%) gaining broad support as he was accepted as the Republican Party primary winner which allowed him to rely upon a solid voter base who crucially have a greater propensity to vote during an election. At the same time, the candidate took steps towards elements of the electorate who traditionally leant towards the right, such as senior managers, academic professions, those on high incomes as well as families with three or more children.

By focusing his attention on this electorate and radicalising his position, François Fillon succeeded in solidifying his traditional right-wing voter base which allowed him to maintain strong ratings in the voting intention polls. His position consolidated further during the last two weeks of his campaign, particularly amongst retired people (pensioners) (+3.34%) and those aged 65 and over (39%, +3), who it can be said constitute the majority of their electorate. As one of the leading candidates who opted to address Catholic voters over the Easter weekend he gained two points from this segment alone (26%), of which six points were from practising Catholics (45%). In terms of his overall political campaign; he also gained ground in the last few days, largely in the moderate centre (63%, 9 points from supporters of the UDI) including the Republican Party (78%, +2). François Fillon did eventually succeed in recapturing five points from those who had previously voted for Nicolas Sarkozy in 2012 (61%) and two points from those who had previously voted for François Bayrou in 2012 (20%). However, it must be noted that by choosing to focus solely on the conventional electorate and addressing only his supporters, the former Prime Minister failed in his attempts to qualify for the second round. Voter turnout amongst the elderly was ultimately disappointing (83%) and he had failed to convince sufficient number of those who had previously voted for Nicolas Sarkozy in 2012 to support him on 23 April in the voting booth (60%).

Against a challenging period marked by terrorism, a subject which the French people consider provides candidates with a certain amount of credibility, Mélenchon performed admirably (31% of the French people considered he was the most credible, whilst 14% felt François Fillon was the right candidate and a further 14% favoured Emmanuel Macron in the Ifop poll [[conducted on behalf of Atlantico.fr, by means of an online questionnaire between 16 and 17 April 2017 on a sample of 1,000 people, deemed to be representative of the French population aged 18 and over]]).

It should also be noted that his successful re-focusing in key areas of his electoral campaign during recent weeks triggered a shift amongst voters; the National Front candidate experienced a significant erosion in their voter base towards the end of their campaign as a result of Mélenchon’s actions (based on voting intentions alone). Le Pen and the National Front lost an average 1.5 points between 6 and 20 April as she was unable to maintain her place as the favourite to progress to the next round with Emmanuel Macron.

The aforementioned erosion was particularly pronounced across all sectors which represented the territories acquired during the 2012 elections. As a result, the National Front lost ground amongst the older voter bases, those that are traditionally reluctant to agree to their position on European issues, and those who crucially felt compelled to switch allegiances for fear of a second round between the extreme right candidate and the Unsubmissive France candidate: -4 points amongst voters aged 50-64 (23%), -3 points amongst those aged 65 and over (14%) and -3 points amongst retired persons (pensioners) (16%). Similarly, the wealthiest voters which Le Pen had initially seduced earlier in the campaign have made the transition back towards “safe” candidates: -2 points amongst business executives (21%), -2 points amongst those in management and academic professions (13%) and -2 points amongst people earning 4,000 EUR and more per month (13%). From a political perspective, it is beyond doubt that Le Pen has retained the majority of her 2012 voter base (84%), but despite this success she has lost a proportion of her gains during this campaign in terms of prospective voters who previously voted for François Hollande (5%, -5), François Bayrou (3%, -3) and Nicolas Sarkozy (10%, -5, in favour of François Fillon) in 2012. Finally, we note that Le Pen has also lost four points amongst practising Catholics (17%), who appear to have shifted in general terms towards the right-wing candidate.