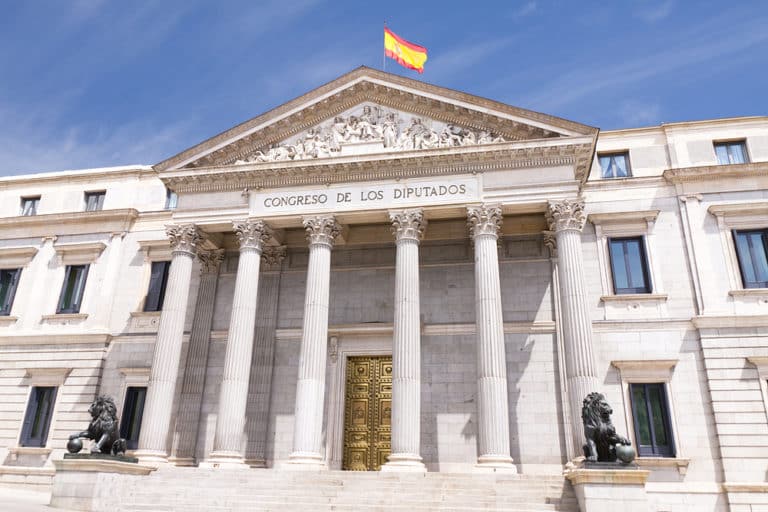 During the first years of Spain’s political process of transition to democracy, the left wing vote was structured around one main, and at times practically hegemonic, party, PSOE, which came to win the support of over 40% of the electorate- 48% in 1982, 44% in 1986 and 43.1% in 2008-, with an absolute majority in both Congress and the Senate. Alongside this main party, the Communist Party occupied a secondary, but relevant, position, achieving around 10% of the vote, and formed many coalitions with PSOE in local councils, with largely positive results. In addition to these, there were a few regional left wing parties with a nationalist focus, particularly in Catalonia and the Basque Country.

The divided situation inherited by the left has placed it at a relative disadvantage compared to the main conservative party (PP), which has succeeded in uniting and representing almost all sectors of the right, including the far right, its only significant right wing rivals being the large centrist Catalan and Basque nationalist parties.

However, the dawn of a new political and economic era in around 2008, and the ensuing rise in youth unemployment and a climate of discontent among wide swathes of society, suffering the consequences of the crisis and social cuts, have led to a new phase in the left’s tendency towards internal fragmentation. This tendency has been clearest in the case of PSOE, which has seen its electoral support plummet to just over 20% of the vote, something been mirrored in other European countries.

The electoral decline of PSOE and the increasing disintegration of the Spanish Communist Party and its allegiances have occurred in parallel with the emergence of new political parties. These have- at least until now- succeeded in uniting a large proportion of votes from young people and other segments of society particularly affected by the climate of social unrest and political disenfranchisement. On the left, the party capitalising on this vote is Podemos, in particular since their pragmatic allegiance with Izquierda Unida (United Left), and the section of the Communist Party which supported them. As a result, in the last elections held in Spain, on 26 June 2016, the renewed Podemos candidacy (Unidos Podemos) achieved almost as many votes as PSOE. This has created an extremely complex political panorama in the Spanish left. Paradoxically, although the majority of the Spanish electorate is left wing or centre-left, a centre-right party such as PP achieved better election results. If this situation does not change, it will neutralise the left’s electoral ambitions, and capacity to form a government, for quite some time.

The situation is further complicated by internal divisions existing within the three main left wing parties. The “interim” nature of PSOE, and its lack of democratically elected leadership with sufficient internal support, raises more than a few questions about the immediate future of the party. As a party it must decide, in the most fundamental terms, whether to opt for a social democratic approach, based on Keynesian economics, or to compromise, adopting a more social-liberal stance.

The same can be said of the public confrontation between the two large blocs within Podemos (the “pablistas” and the “errejonistas”), a conflict between authoritarian elements and those who favour a more democratic and pacifist position. Recently, these have been joined by other forces, including some with strong organisational foundations predating the creation of Podemos, (such as “Izquierda Anticapitalista”, or Anticapitalist Left party), as well as a new tendency towards a “third way”, fronted by another of the principal founders of Podemos (Carolina Bescansa).

As for the old Communist Party and its allies in Izquierda Unida (United Left), they are yet more fragmented and acrimonious. It is no exaggeration to foresee the effective breakup of this historic party.

To this highly complex and diverse political and institutional panorama, we must also add parties focused on a single issue, such as the greens, the feminists, LGBTI collectives and even animal rights activists (PACMA), who stand a chance of winning seats in a future Spanish parliament. These groups continue to find a home, and a sphere of reference, within the contemporary Spanish left.

Consequently, over the coming months, we will witness strong debate among the various political forces and parties which can be defined as belonging to the Spanish left. However, it is unclear to what extent the left wing electorate will understand and sympathise with this debate, particularly if public opinion deems it to be about political manoeuvring, essentially based on personal disputes and competition among various patronage networks, rather than concrete proposals and alternatives to the current situation.

All of this means that at a time when social and labour issues need politicians trustworthy, capable and strong enough to defend public interests and needs, the left wing forces- both radical and moderate- are seeing their proper role diminished both by their fragmentation and differences, and their lack of ability to build allegiances and groupings which better reflect the current social reality of Spain.