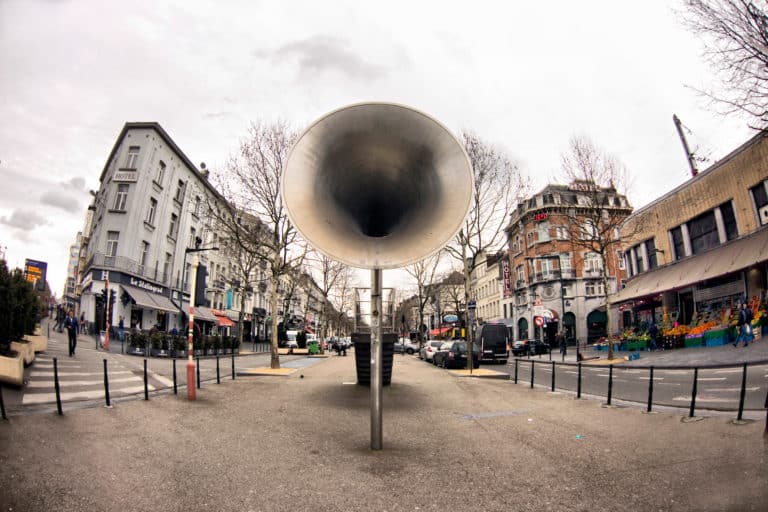 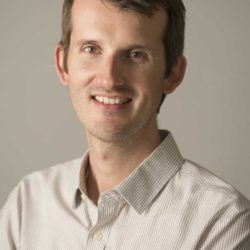 Preferring to talk about a political crisis, or a crisis of reception rather than a migratory crisis, Jean-Michel Lafleur explains in this interview with Alain Bloëdt, Editor-in-Chief of the Progressive Post, how much nationalist parties have succeeded to frame the migration debate, while the left has remained too sluggish.

The Progressive Post: The migration issue is debated from different perspectives depending on the country concerned. How is the debate in Belgium?
Jean-Michel Lafleur: The unique situation we are facing in Belgium is a result of the federal state system where distinct regions are responsible for the integration of immigrants into society. This leads to increased tension between entry requirements for the area (region), which is determined at a federal level, and integration policies, which are defined at a regional level. However, one significant exception to this rule is access to citizenship (the granting of citizenship), which remains, of course, under exclusive federal jurisdiction.

PP: How is the debate surrounding migration developing?
J-M L: There has been a noticeable shift in the debate since the last federal elections in 2014 when the right-wing nationalist party, the N-VA (New Flemish Alliance) entered government for the first time in political history. This is no sur- prise to me as this party was elected despite their rather hard-line position on migration issues and integration and this is now being reflected at a federal level in the debate. Theo Francken, the current Secretary of State for Asylum and Migration, is a person who, as a Member of Parliament, was in charge of this issue, with very hard-line positions on family reunification or access to citizenship, Not to mention the tightening of the already narrow range of options for those who seek to gain access to Belgian terri- tory. Since 2014 when the N-VA came to power following the formation of a coalition with a minority French-speaking party, the Centre-Right Reformist Movement (MR), they have had a direct impact on migration policy. They have introduced a series of reforms including asylum procedure, family reunification, migrant access to the territory for education, etc. We are witnessing the closure of all the doors that were previously slightly ajar.

PP: What rhetoric accompanies such political decisions?
J-M L: The rhetoric used tends to stigmatise and is designed to question the added value of migration, the reasons for migration etc. They allege that migration is principally motivated by the desire to obtain social welfare benefits for example. The rhetoric that is often used describes migration as a burden on society, whilst the reality is much more complex as many studies have demonstrated.

PP: How do the opposition parties react?
J-M L: Much of the reaction of the left is indignation at the provocative remarks from the Secretary of State. Nevertheless, they have failed to provide any counter-proposals or solutions to the issues. Often the reaction is to denounce rather than provide any solutions.

PP: How do you explain this?
J-M L: The first reason is that the issue is
quite complex: what should we do with asylum seekers? How many do we accommodate? It is often difficult for us to move beyond indignation as a first response, although it is possible. Another reason is that in Belgium, under the previous legislature, when the Socialist Party was in power, the migration policy was less than a perfect model to follow. Take the citizenship act: the act was amended during the previous legislature and has made access to Belgian citizenship much more difficult than previously. This cannot be directly attributed to the involvement of the Social Democrats in the decision-making process since they themselves had originally pushed for relaxation of the requirements a few years earlier. But this reform was designed during the period they were in power. In general terms, as Belgium is a country that has always coalition governments, the Social Democrats found themselves pushed to the right.

PP: A network of community hospitals have been established, the public and civil society are also involved in welcoming refugees. Is this not an opportunity for the Left?
J-M L: I think that the Social Democrat parties are aware that their electorate is very concerned about the migration issue. Every day, images of boats arriving are bombarded upon us, which gives us the impression to be invaded. But in French-speaking Belgium, the macro-economic situation is not very good. The historically largely working class electorate in these areas are the hardest hit and remain the most concerned about potential competition between migrant workers and native workers. On the other hand, middle-class and skilled workers feel less at risk from the arrival of migrant work- ers. One might argue that they are better able to perceive the benefits of migration than the working class.

PP: How do you mean this?
J-M L: Those for example, who can afford
domestic services thanks to the service voucher system are well aware that without foreign workers they would not be able to main- tain such day-to-day comfort. This is not an issue for the lower socio-economic strata; those that have never used these services,
but who actively work in sectors such as the construction industry, where migration can actually increase competition for jobs. Although competition does not flow directly from migration, it is perceived by the public as such. The historically centre-left electorate perceive that their employment opportunities are reducing.

PP: In your opinion, have nationalist parties acquired a decisive influence?
J-M L: I have observed a certain level of reluctance amongst the left-wing parties and I think that this has arisen because they share the belief that they will not win over voters by speaking out on this issue. In the end, these parties prefer to present policies on other issues, which are perhaps more important to their electorate, or, at least, issues that are seen to transcend the migration debate, where prejudices are already deeply established.

PP: In your opinion, how long can we expect this situation to continue?
J-M L: When I see the recent and rapid changes in rhetoric and public policies, I think that this situation will not change soon and could deteriorate very quickly. When we consider the statements of Matteo Salvini concerning a census of the Roma population, the arguments of Theo Francken that migrant families should be confined, or that migrant boats should be sunk at sea, I see a dehumanisation of the migration issue.

PP: Do you think that the situation could get even worse?
J-M L: Until now, the situation has been expressed exclusively in rhetoric aimed at flattering right-wing electorate. But given that these parties have taken to power in Austria, Belgium and Italy, and perhaps soon the European Parliament, it could only be the beginning of a cycle that could lead to significant regression in terms of human rights in several Member States and even at a European level.

PP: Is that not very pessimistic?
J-M L: Yes, it is, because the situation does not stop there. Indeed, one of the consequences of this populist spiral, that is less talked about concerns those foreigners who are already present on the territory: the outbreak of racist attacks also affects those who are European citizens but are of African or Norther African origin. They are constantly required to justify their presence in the country, their contribution to society, to the State etc.

PP: Given your research, are you not tempted to join the debate?
J-M L: In my opinion ~ and I know everyone does not agree with this ~ the researcher’s principal role is to further the debate with arguments and provide valid and verifiable data. This is the goal of our work Why Immigration? 21 questions that Belgians are asking about international migration in the 21st century (see the box).

PP: Are we in a situation that worries you?
J-M L: First of all, it is important to note that the parties hold positions on the migration issue that diverge, sometimes on scientific grounds, sometimes for ideological reasons but this is
legitimate and a part of political debate. Let us take the N-VA (New Flemish Alliance) for example. The mayor of Antwerp, Bart De Wever’s party defens their hard-line migration policy, which is an almost zero-immigration policy. To a certain extent, this policy can be seen as legitimate: The N-VA has received a democratic mandate from the Flemish voters to favour a proportion of that electorate. To some it may seem discriminatory, but it can be implemented within a legal frame- work – a policy that limits immigration for the purpose of producing a homogeneous, mono-ethnic country. The problem is that to support such a position, they rely upon misleading arguments: It is wrong to state that we will be better off by stopping migration. When a right-wing party declares that stopping migration would maintain the liv- ing-standard of the upper middle class, it is stating false facts. On the contrary, if we want to maintain our standard of living, we need immigration. Misleading arguments are often used to support restrictive migration policies.

PP: Where do you place your red line on migration?
J-M L: One can defend a restrictive migration policy, but one should at least use more convincing arguments. But to date,I have not heard of a compelling argument to restrict migration. I have read arguments of racist nature that favour a restriction on migration that denies the the international obligation we have taken for Human Rights or for comply- ing with the Geneva Convention. Adopting such positions means to dismiss a whole series of international undertakings, and thus accept a position as political outcasts. We couldn’t
pride ourselves anymore to be an example follow on this issue.

PP: How to change this debate which has become dominated by the nationalist parties?
J-M L: We need to form a new consensus on migration that bridges political divisions. We must meet around a table, left-wing, centre-left and centre-right par- ties together, to determine a range of points upon which we can agree to form a mini- mum consensus.

PP: Is this not just a utopian dream?
J-M L: When Hungary or Poland decide that they do not want a single migrant, the time for European debate will be over. The debate is not about whether we want immigration or not, it is about how best to manage immigration. I believe that the centre-left and centre-right parties, even if they are reluctant to announce it openly, have more or less accepted that from an economic perspective, we need a certain amount of immigration. So we should ask ourselves: do we not all agree that it is important to provide protection to those fleeing war-torn countries or persecution? I think we would benefit from having a joint declaration, or at least a minimum basis, from which we can debate the issue, and then we can move beyond disagreements on how to implement the measures and agree a migration policy and possibly even resolve differences concerning asylum seekers.