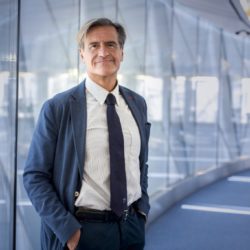 by Juan F. López Aguilar
Socialist MEP and Chair of the Committee on Civil Liberties, Justice and Home Affairs of the European Parliament

The brutal enormity of the Afghan crisis with the return of the Taliban to Kabul has shaken the world. Following the withdrawal of US and NATO troops from Afghanistan, the Taliban’s subsequent rapid takeover of the country and the collapse of the Afghan government in mid-August, a political, humanitarian and security crisis has unfolded. Right after the summer break, the Committee on Civil Liberties, Justice and Home Affairs (LIBE) of the European Parliament (EP) has debated the situation.

EU High Representative for Foreign Affairs Josep Borrell, gave a dire account of the situation. He outlined the five issues discussed among key international partners: humanitarian aid and access, the fight against terrorism, the safe passage of Afghans wishing to leave the country, the impending migratory movement, and political dialogue with the Taliban. While being careful to stress that dialogue does not mean recognition, the High Representative recognised that some form of political engagement with the Taliban is necessary. He pointed out that formal recognition is part of our leverage and should be coordinated internationally to agree on clear criteria for any such recognition.

The Afghan crisis shakes the European conscience – that of the EU, that of its member states and its public opinions and citizenry –, and affects all the variants and concretions of European politics, foreign and domestic. It requires serious reflection, without avoiding any criticism or self-criticism, about the strategic calculations that have been proven wrong. Many lessons must be learned from this failure in Afghanistan for the deployment of missions around the world, for the way Western states interact with the rest of the world, but also about the impact on future EU-US relations. This catastrophe could prove to be a catalyst for a deeper reflection in Europe as it yields conclusive lessons concerning the urgent need for the EU to affirm its strategic autonomy with its diplomacy, intelligence services and military units for rapid intervention at the height of our proclaimed global vocation.

Also, the LIBE Committee debated about the specific impact of the Afghan crisis on migration and asylum policies, which are competences of our political and legislative agenda in the areas of Justice and Home Affairs. Members expressed their horror at the catastrophic nature of events and concern at the humanitarian crisis. They discussed how to deal with subsequent migratory flows, how to protect against terrorism, and lessons learned for the future. In particular, they focused on the question of strengthening EU military cooperation and reaction capacity, in the face of increasing American reluctance to act. Members also referred to the possibility of setting up an EU mechanism for coordination on humanitarian visas or making use of the 2001 Temporary Protection Directive.

However, despite the persisting calls of the EP to fully activate the instruments available in the field of humanitarian aid, there has not even been a qualified majority in the Council of the EU to approve the activation of the (currently disused) Temporary Protection Directive adopted by the EP in 2001. The directive was expressly put in place to help the EU member states deal with mass influxes of displaced persons. Yet the provisions within this directive, based on solidarity between EU States, have not been triggered so far. The fact that this directive has not been triggered is baffling considering how vital it is to establish safe corridors and humanitarian visas in the ongoing situation. It is meaningless to increase expatriations from Afghanistan if the political will of the member states regarding the effective application of the principle of solidarity with the people evacuated (relocation and redistribution throughout the EU), as well as those seeking to flee from oppression is not strengthened or properly financed at national level.

In addition, many of us in that debate expressed disappointment and discomfort at the response of the Justice and Home Affairs (JHA) Council under the Slovenian Presidency to the Afghan crisis, painfully distant from the level of understanding and commitment expected from the EU. The JHA Council pledged to cooperate with neighbouring and transit countries that host large numbers of migrants and refugees, “to prevent illegal migration” from Afghanistan as well as “the recurrence of uncontrolled large-scale illegal migration movements faced in the past, by preparing a coordinated and orderly response”. Their takeaway from the Afghan situation was merely the need to “protect the EU external borders and prevent unauthorised entries”. This position is not only shameful, but also based on false assumptions. However, contrary to what the JHA Council claims, neither the closing of borders nor the prevention of irregular immigration from Afghanistan can limit the impact of the Taliban’s return to power, let alone limit new waves of migratory pressures.

As things stand, the parliamentary controversy that we have witnessed so far is not the end. Rather, it is the beginning of a lengthy cycle of discussions. Given the magnitude of the Afghan crisis, no measure available to the EU alone will be sufficient. It will be necessary to start a virtuous package of measures: humanitarian corridors, humanitarian visas, temporary protection statutes etc., with a special focus on vulnerable individuals and families: particularly women and activists who have cooperated with the EU mission in Afghanistan and stood out in the defence of human rights and gender equality, because of their exposure to the danger of oppression and repression by the Taliban.

Once again, the EU is still far from honouring what is expected of an institution of its standing, as well as from honouring the values it proclaims. The political landscape regarding this humanitarian crisis is certainly grim. However, neither discouragement nor even less, resignation are suitable options. The only acceptable answer must be European, in its forms, in its substance, in its contents, at its moral height.

In conclusion, the LIBE Committee makes the following demands. First, it is imperative to finally trigger the implementation of the Temporary Protection Directive to ensure member states are coherently sharing responsibilities. Second, humanitarian visas, as required by the mandate of the EP, must now be accompanied by aerial human corridors that have benefited many people in certain countries. And thirdly, the LIBE Committee outrightly rejects the conclusions of the JHA Council meeting under the Slovenian Presidency that took place on 31 August, obsessed with border control and with keeping out of the European Union an alleged massive influx of migrants and asylum seekers. Not only because such influx has not happened and is, therefore, false, but also because it is utterly unfair for Afghan children, girls, women and human rights activists that the EU has a duty to protect.