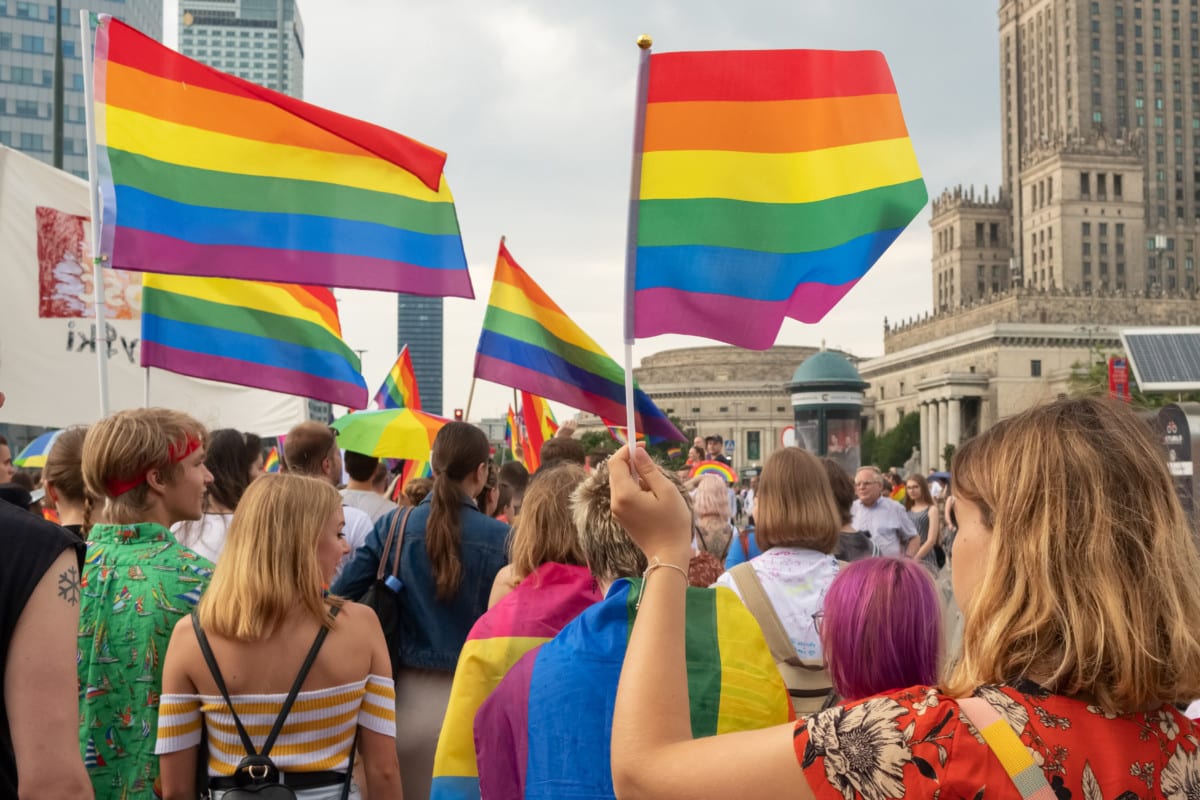 The issue of human rights of the LGBT community became surprisingly one of the key issues in the presidential election campaign in Poland. The race to the elections had started before the outbreak of the COVID-19 pandemic, at the beginning of 2020.

The Left coalition (Lewica), which included SLD, Wiosna and Razem, decided to support the leader of Wiosna, Robert Biedroń. Wiosna’s leader has been civil rights activist, who has been struggling against homophobia for the two decades. Since the last elections to the European parliament he is a Member of the European parliament (S&D). Biedroń is openly gay, probably the best-known homosexual person in the Polish society. He has been in a long-term relationship with Krzysztof Śmiszek, who is also human rights activists and politician (MP, Left). Robert Biedroń has been a symbol of the LGBT community and a human rights activism.

During the first stage of the presidential campaign, LGBT rights were not crucial for the public debate. Also, Biedroń’s agenda concentrated on social and economic issues. His private live was not part of the debate, neither mentioned by journalists, nor by political rivals.

Everything changed during and after the lockdown, however. Attempts to organise the presidential elections in May, within the timing prescribed by the constitutio, failed due to the pandemic and other political factors. The Civil Platform (PO, EPP) decided to change their candidate Małgorzata Kidawa-Błońska (the former Speaker of the Polish Sejm) to Rafał Trzaskowski, the mayor of Warsaw.This decision has put the issue of the LGBT rights in the centre of the presidential campaign.

Trzaskowski had won the local election in Warsaw in 2018, replacing his predecessor, Hanna Gronkiewicz-Waltz, who represented the conservative wing of PO. Trzaskowski decided to modernise the political agenda of PO in Warsaw. As the mayor he signed the LGBT Chart, which included a set of antidiscrimination policies. Moreover, Trzaskowski also took place in the Warsaw Pride demonstration and nominated, Paweł Rabiej, an openly gay member of The Modern Party (Nowoczesna, ALDE) as hi deputy. Rabiej supports marriage equality, prompting conservative activists and politicians to popularise the term “Rabiej’s plan” for establishing marriage equality in Poland.

Spin-doctors of the president Andrzej Duda saw the chance to divide divide Polish society into supporters of conservative family values and those whose goal it is to introduce marriage equality in Poland. In May, president Duda signed the Family Chart (as opposed to the LGBT or Equality Chart). This declaration included a guarantee of maintaining his party’s social policies. But it also included the promise of adopting “the ban of LGBT propaganda in public institutions”.. Some MEPs of the ruling party supported this agenda or even further harshened this statement.

Human rights activists reacted with an outcry. Biedroń’s electoral staff decided to organise a press conference in front of the Presidential Palace with the surprise participation of mothers of gays and lesbians, including Biedroń’s mother. After the conference, Biedroń was invited by president Duda to discuss issues relating to LGBT rights. Biedroń however declared that he would accept the invitation only if the president apologised for his comment on the LGBT community. Simultaneously, left MPs submitted a proposal for a bill introducing marriage equality in Poland.

Through all this, public attention was drawn mainly towards Biedroń. Internet statistics showed that during those days, he concentrated the biggest interest among web users. Marcin Duma, founder of the social survey institute IBRIS, claimed that those events profited Biedroń in political surveys, but those gains were lost during the last week of the campaign. Finally, Biedroń received only 400.000 votes of those who had supported the Left previous elections, while one million of them supported Trzaskowski. Moreover, half a million of the former left-wing voters supported Szymon Hołownia, a
conservative TV personality with an ecological and anti-establishment agenda.

What is crucial, Trzaskowski did not confront Duda’s attacks on the LGBT community. He rather focused on defending human dignity in general. He did not support the Left’s marriage equality bill either, but only a form of registered civil partnership for same-gender couples. On the other hand, during the campaign, Trzaskowski emphasised that the registered civil partnership was not the most significant issue in the 2020 presidential camping and that the government had to concentrate its efforts on fighting with healthcare and the economic crisis.

After the first round of elections President Duda submitted a constitutional amendment, prohibiting child adoption by same-sex couples. The leaders of PO and the Left spoke out against this amendment. Parliament however will consider the amendment after the summer break.