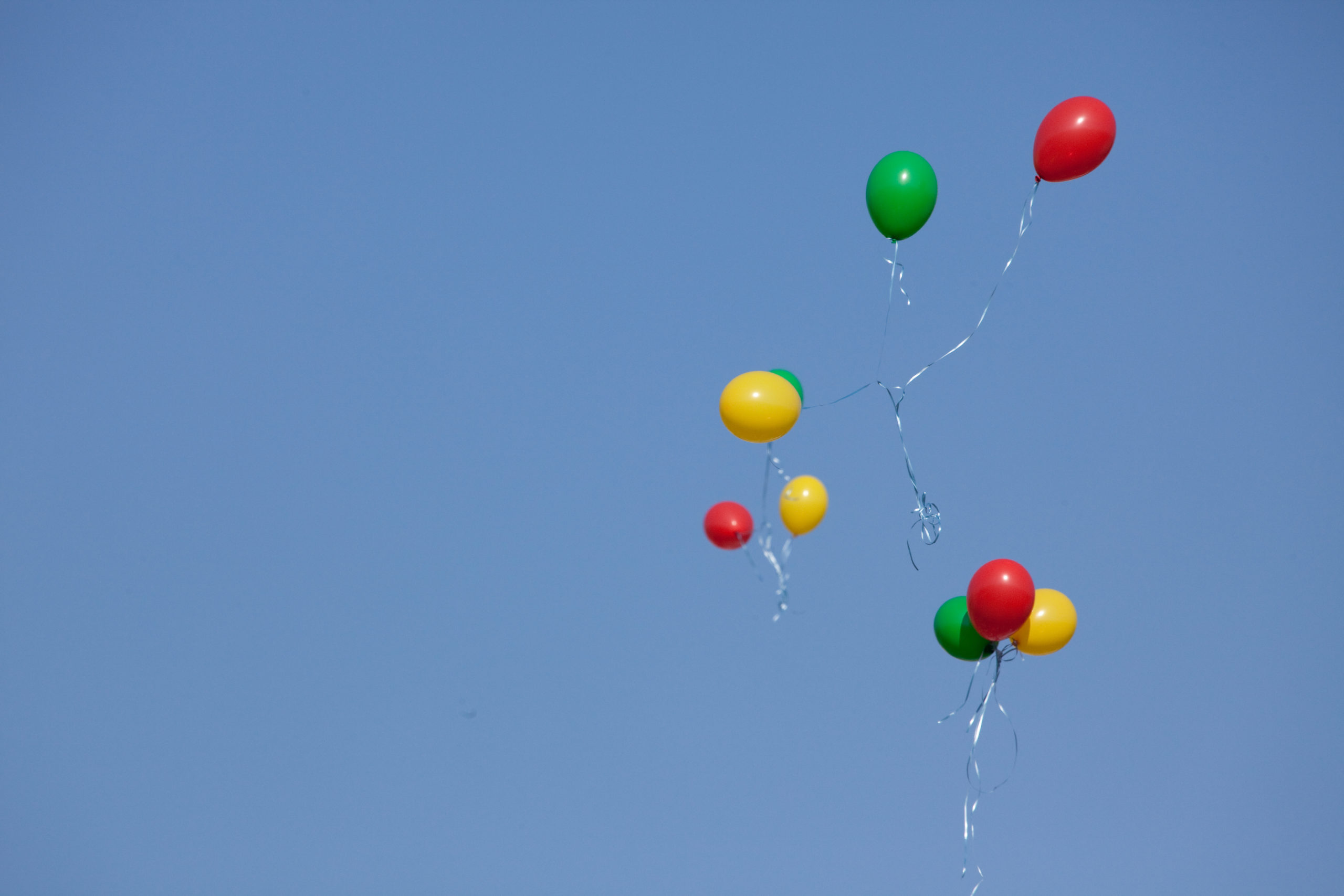 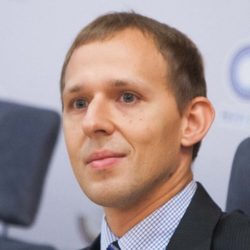 by Mindaugas Kluonis
Political scientist, adviser to the President of the Republic (2006-2009) and assistant to a member of the Parliament (2012-2016). He has been working in the Parliamentary Research Departement of the Seimas of the Republic of Lithuania (2010-2012), at the Institute of International Relations and Political Science in Vilnius University (2007-2011), and as adviser in the Office of Equal Opportunities Ombudsperson (2017-2020).

The parliamentary elections in Lithuania on 11 and 25 October reassembled the previous ones of 2016, but with different outcomes and with different recurring trends. Just as in 2016, the “Homeland Union-Lithuanian Christian Democrats” (TS-LKD), uniting conservatives, Christian Democrats, and moderate nationalists, won the first round of the elections with 25 percent of the vote. The main difference from 2016 came in the second round of the latest elections, when TS-LKD won the cities and triumphantly took back its stronghold, the city of Kaunas, where they lost in 2016 to the Union of Farmers and Greens (LVŽS).

After another eight years in opposition, the TS-LKD is now returning to power. Typically, the conservatives have won in troubled times (the bankruptcy of large Lithuanian banks in 1996, or the economic crisis in 2008). This time, however, the problems in Lithuania are moderate compared to the rest of the European Union, as the impact of the Covid-19 pandemic on the country’s economy has so far been quite limited.

Nevertheless, the pandemic still influenced the election campaign. The previously ruling LVŽS, considered by many to have been the party of restrictions since the beginning of its term in 2016, was indeed hit by the onset of the second wave of the pandemic. And even the generous financial support for many groups of voters who are most affected by the pandemic didn’t help. Restrictive measures against nightlife during the lockdown have further decreased young voters’ satisfaction with the LVŽS, coming on top of the party’s early moves to raise the drinking age from 18 to 21, limit the sale of alcohol, and maintained high penalties for the possession of drugs, including marijuana.

Also, the LVŽS was conservative on LGBT rights, and on human rights in general, and it blundered by totally ignoring protests by medical workers, going as far as suggesting that young doctors leave the country if they are dissatisfied with their salaries. Lithuania’s young people turned against the ruling party and voted massively for the surprise start-up of these elections, the libertarian Freedom Party (LP), which has openly declared its support for same-sex unions, the reduction of penalties for the possession of marijuana for personal use, and a commitment to remove restrictions in general. Combined with an aggressive and energetic election campaign, these “taboo” topics, previously considered a sure way to lose elections, mobilised a young electorate in the capital Vilnius and other cities and brought the party nine percent of the vote. This is a strong signal that the younger generations’ values have changed.

Despite bitter feuds on whose leaders are more incompetent and corrupt in the very personalised electoral campaign between the ruling LVŽS and the main opposition TS-LKD party, their positions on social and economic issues are very similar. Both parties are socially conservative and tend to teeter between left and right in economic policy. The main difference between them is that the TS-LKD is less rural-oriented and considered more liberal in economic and social policies due to its implementation of severe austerity policies in 2008-2012. This is reflected in the main disagreement between the TS-LKD and the LVŽS: the reduction of the number of small rural schools and the elimination of exemptions in taxation that benefit farmers.

This division can be seen in the voting patterns in the first and even more in the second round of elections, where 21 of the 27 seats for the TS-LKD in single-member constituencies come from the five largest cities, and 13 of the 16 seats won by the LVŽS come mainly from rural constituencies. This urban-rural cleavage has existed since the country gained independence in 1990, with conservative and liberal parties winning in the cities and with the provinces being considered a stronghold of populist parties. Indeed, populist parties are deemed to be “left” in Lithuania due to the specific configuration of the country’s party system, where the TS-LKD and its allies are considered to be the “right”, and those who oppose them the “left”.

Since 2016, the main party that was considered to be “‘left”‘ was the LVŽS, but in fact it is a conservative and populist party. However, it was successful in attracting former voters of the Lithuanian Social Democratic Party (LSDP), which was “left” in name only until it split in 2017. In fact, the LVŽS receives support in those constituencies that, since the country’s independence, have for parties that claimed to be “left”, although they implemented the same liberal leaning economic policies as the “right wing” parties (privatisation and the reduction of employees’ protections, for example, where the hallmark of a so-called left-wing government in 2016). Even the former communist Lithuanian Democratic Labour Party (LDDP) pursued the same line.

What differentiates these parties from the openly right-wing parties is their focus on increasing minimum wage and social transfers, but which could be seen as an attempt to bribe the electorate in rural constituencies, instead of creating mechanisms for better working conditions and equal opportunities.

The majority of voters who live outside the cities vote against the TS-LKD and usually support populist parties. Thus, in general, in Lithuania, the main competition takes place between the urban right and the rural right, while afterward the economic rhetoric of the left is often used but rarely put into practice.

A shift in this tightly knit competition between urban and rural right-wing parties began in 2017, when the LSDP split into two groups due to disagreements on whether or not to stay in the ruling coalition. A splinter group, consisting mainly of former ex-communist LSDP politicians and splinter groups from other populist parties remained in the ruling coalition with the LVŽS. This group, the Lithuanian Social Democratic Labour Party (LSDDP), failed to cross the electoral threshold of 5 percent this year, which means that the former communist “left” party has finally disappeared from the political landscape. The second group, the remaining LSDP, has announced its renewal towards true left-wing politics and oppose the LVŽS, but during the latest elections, it tried to straddle the fence between progressiveness and populism. This lack of firm position did not work, and in rural areas, the LSDP lost to the more populist and conservative left-wing LVŽS as well as to the Labour Party (DP), while in urban areas progressive voters voted for the liberals, mostly for the Freedom Party, but also for the Liberal Movement. Its non-committal position left the LSDP in fourth place with 9 percent of the vote.

Despite its similarities with the LVŽS, the victorious TS-LKD is going to form a coalition with the liberal Freedom Party and the Liberal Movement. Consequently, a turn towards more right-wing economic policies can now be expected – in particular, the further expansion of the private sector into health and education systems, the introduction of more exploitative forms of employment contracts, and a decline in labour protection. The new governing coalition is unlikely to deliver on the Freedom Party’s promises to introduce same-sex partnerships, as conservatives suggest excluding the issue from the coalition agreement and government programme.

The politics of the new right-wing coalition, mainly representing the interests of the wealthier population, creates an opportunity for the LSDP to return to power in four years’ time. However, to do this, the party must stop using catch-all politics and begin a more active campaign to attract progressive voters in the cities that have now supported the liberals. With the younger generation becoming more influential next time, along with growing urbanisation, a shrinking older generation, and rural population (right-wing policies will also lead to an increase in emigration, which has only temporarily fallen due to the pandemic), the LSDP will need a more decisive shift towards a progressive political agenda. It will also need to forge closer ties with NGOs and organisations representing the interests of employees.

At the same time, the LSDP must distance itself from the so-called “left” populist opposition, educating the electorate, intensifying the debate about left-wing politics, and explaining that the parties led by oligarchs and landowners do not represent the interests of employees, even if they use the rhetoric of increasing social benefits. Attracting both progressive urban voters and mainly social welfare-oriented rural voters could narrow the urban-rural cleavage that now is exploited by right-wing parties in Lithuania.

The biggest mistake the LSDP can make now is to either join the ruling coalition of conservatives and liberals or to form a joint opposition bloc with populists. If any of these scenarios happen, in four years’ time we will see the disappearance of left-wing politics from the political map of Lithuania, and the populist parties, dominated by oligarchs, will take over the empty shell of the left.