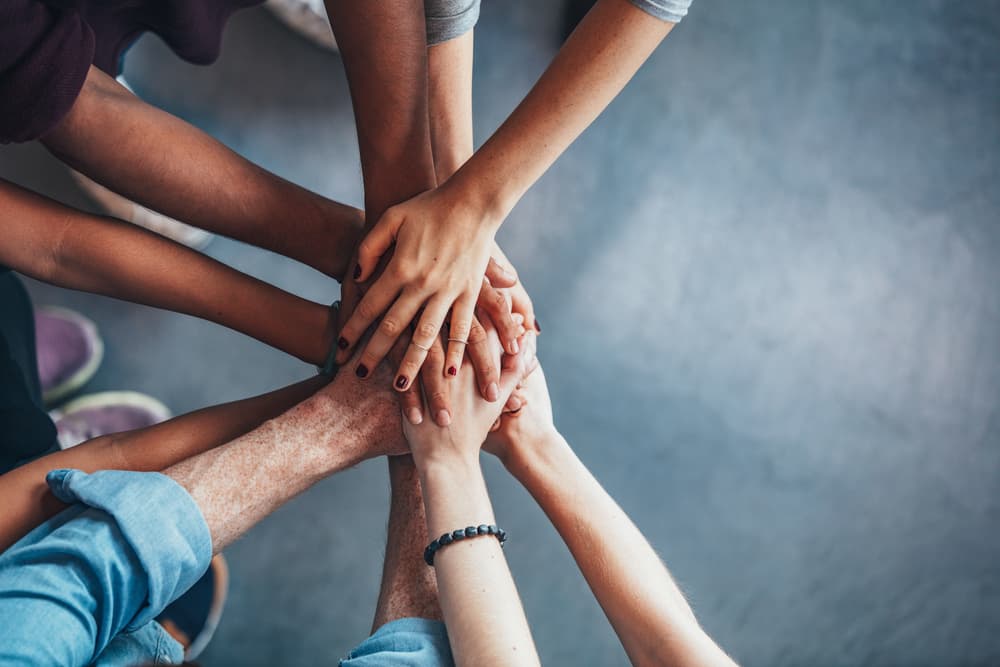 Luca Jahier was elected President of the European Economic and Social Committee (EESC) in April 2018. As part of his strategy for the EESC and the EU, Jahier put to the fore the concept of “rEUneissance”.

Meanwhile, however, Eurosceptic forces continue to score among the electorates of Member States. In this interview, we discussed the prospects of EU integration, the Multiannual Financial Framework proposed by the EC, the European Pillar of Social Rights (EPSR) and the European Semester.

The interview by Alexander Damiano Ricci, EuVisions was held at the EESC at the beginning of June and was published in the Italian newspaper Corriere della Sera – L’Economia. The EESC is consultative institutions advising the European Commission, the European Parliament and the Council about social and economic matters.

AD : President Jahier, why do European citizens perceive that national governments are unable to represent their will once in Brussels?

Luca Jahier : It is a consequence of a twilight behaviour of leaders themselves. The truth is that in Brussels, no one is pointing a gun at the head of national leaders when the latter discuss European matters. In fact, on many issues, unanimity rule still holds. However, politicians go back to their countries claiming that their hands were tied.

AD : So it’s less a problem of anti-EU rhetoric put in place by Eurosceptic forces in your opinion?

LJ : Well, some parties are more able than others in persuading those who have been called the “losers of globalisation” and people who feel distant from EU institutions.

AD : You are describing a twofold dynamic that seems challenging to disentangle.

LJ : On the other hand, it proves that the EU has eventually become central to the political discussion.

AD : So everything is fine?

LJ : No. There is still a concrete problem linked to the trust that citizens have in European institutions.

AD : What is your opinion about the EC’s proposal on the Multiannual Financial Framework?

LJ : There are some useful hints, but, overall, the proposition does not meet expectations.

LJ : As of now, Cohesion and Common agricultural policies would suffer from unmotivated cuts. The EU’s budget must reach at least 1.3% of its GDP.

AD : What are the main strengths of the EC’s proposal?

LJ : Chapters backed by the EU’s own resources increased, and as much as 25% of financial instruments spur policies that fight climate change. On top of that, more money is dedicated to Erasmus and Culture.

AD : Currently, institutions are discussing the idea of limiting resources for those countries who are not moving ahead with the fulfillment of social policies in the frame of the European Semester.

LJ : To my understanding, talking about incentives, rewards are more efficient than fines. That said, the real focal point in matters of social policies today should be an overturn of the European Semester.

LJ : The European Semester was born to achieve the objectives set out by the Agenda 2020, namely: economic growth, social protection and environmental sustainability. Unfortunately, as the crisis hit, this governance tool turned into a booster of fiscal stability and structural reforms directed at competitivity.

AD : There exists a framework of indicators for the monitoring of social policies.

LJ : Which are far from being mandatory.

AD : Talking social policies, what should we expect after the Gothenburg Summit of last November? What are the priorities of the European Economic and Social Committee at this stage?

LJ : The interinstitutional proclamation of the European Pillar of Social Rights (EPSR) represents a crucial step forward. It signals a political will to achieve social progress through the consolidation of rights and the development of adequate policies and financial tools. Following up on the EPSR, we need to anchor social rights in the European Semester. Moreover, it is time that discussions about work 4.0 lead to a debate about how welfare 4.0 should be structured. Civil society will play a vital role in that sense.

We need to develop tools to steer the economic process and common fiscal policies.

AD : Moving to the governance of the EU, there does not yet  seem to be a full agreement between Merkel, Macron and the other heads of state on how to develop the European Monetary Union. What is your take on that?

LJ : The propositions that are on the table do not reach far enough. Apart from the banking union, we need to develop tools to steer the economic process and common fiscal policies. If we compare recent statements and actions undertaken by the EC, Macron and others with the Five Presidents’ Report of 2015, we must admit that we moved backwards.

AD : That doesn’t sound good at all.

LJ : Time is running out. Also, Europe looks like a broken porcelain vase in the midst of an unravelling international scene. It is indeed a sign of lacking responsibility right when we would need both a vision and doses of pragmatism.

AD : What do you suggest concretely?

LJ : Before the EP2019 elections, we need to complete the banking union and correct the European Semester. For what concerns the EMU, any major transformation will be delayed until late 2019.

AD : What are the right moves that need to be made in light of the EP elections?

LJ : Let’s go back to the Rome declaration of 2017, which outlined a concrete roadmap to reform the EU. I believe there is still a majority of citizens who believe in a reformed Europe.

AD : Who should be the primary carrier of such a transformation: trade unions, businesses, or civil society

LJ : Everyone needs to take responsibility for this challenge. The President of the Council of the European Union, Donald Tusk, specified that the European summit in Sibiu (Romania), to be held in March 2019, shall become the endpoint of this process.

AD : Earlier, you said that the EU needs a “rEUneissance”. What do you mean by that?

LJ : The current historical juncture resembles the one Europe experienced at the end of the Middle Age. In that epoch, the come back of classical culture, the development of the scientific method and the dynamicity of new professions, such as banking and trading, brought about a new governance structure.

AD : It is indeed an excellent comparison. However, is it applicable today? Who are the intellectuals who should carry out such a transformation?

LJ : More than intellectuals, we need to revamp the whole cultural sector. We often forget that the latter can become a booster of employment opportunities. Talking science, we face the paramount challenge of making out of digitalisation a sustainable transformation benefiting the majority of citizens.

AD : Finally, who are the bankers and traders of nowadays?

LJ : Those citizens who resist Euroscepticism and the forces of disintegration.

AD : We would need a recognisable leader.

LJ : We don’t need just one leader, but many. Moreover, I think we need yet to discover them. Younger generations will be pivotal in this process. They need to become more vocal.

AD : Actually, in many countries, they became vocal by voting for Eurosceptic forces.

LJ : That’s inherently linked to the fact that our political class refrains from telling younger generations they can have a say. We cannot just talk numbers and stats. Younger generations need to dare to change the world.