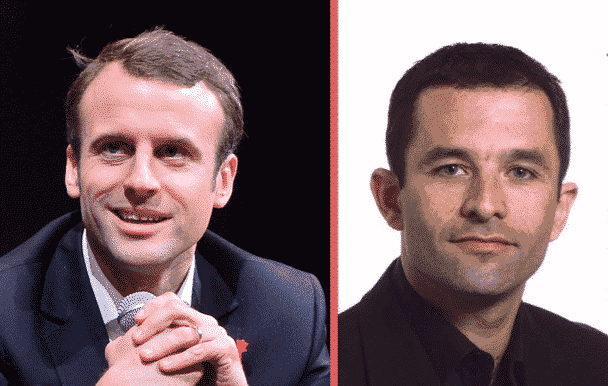 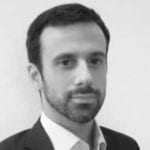 Since mid-February the news, and in particular key publications, have arguably influenced voting intentions to swing in favour of Emmanuel Macron in various ways due to their consolidated position. The surprise alliance proposed by François Bayrou; the scandalous allegations François Fillon now faces, who remains in many ways Macron’s direct competitor should he wish to progress to the second round could face the prospect of an indictment which is likely to cause many of his supporters and particularly those who support the UDI to defect including those commonly referred to as “Juppéistes”; and a socialist candidate who persists in his attempts to unify the electorate to the left of the Socialist Party, even if this means diverting socialist sympathisers closest to the government line…

Looking beyond his progression to the second round – which is relatively certain from all surveys conducted on voting intentions – over the past three weeks, how have these events combined to change the composition of Emmanuel Macron’s potential electorate prior to the first round of the presidential election? Did the rallying of François Bayrou cause a proportion of his voters to “flee” from the left? In what socio-demographic categories have the “Forward!” campaign achieved their greatest progress?

It is important to note that during this time Emmanuel Macron has continued to make significant progress: +4 points. He is also the only candidate who has risen significantly in the polls. The shift in voting intentions is primarily driven by the intermediate age groups (most notably in the 35-64 age category), and emanates from the middle and upper middle classes (middle-management, senior management and intellectual occupations as well as artisan-traders, etc.).

Emmanuel Macron will undoubtedly benefit from the withdrawal of François Bayrou and the new alliance with the centrist leader: whilst previously support in 2012 for Macron was around 25% this has now increased to nearly half (47%). In addition Macron may be able to rely on nearly four in ten UDI supporters (37%): whilst their members may have “dropped” François Fillon a few days ago, it appears that UDI supporters are slightly more likely to vote for Emmanuel Macron than François Fillon (35%).

Note: Prior to the alliance with François Bayrou only 27% of voters in 2012 expressed a voting intention to support the centrist Emmanuel Macron this has now risen to 47%, an increase of 20 points.

Most importantly, Emmanuel Macron has not suffered from this alliance with the left: his poll rating has increased by nearly 2 points amongst left-wing sympathisers, and is even more marked amongst the key left electorates from 2012. Since then he has also gained 5 to 7 points from those who previously voted for Jean-Luc Mélenchon and François Hollande (knowing that in 2012 he benefited from the not insignificant addition of those who had previously voted for François Bayrou in the 2007 presidential election). With more than 41% of François Hollande’s voters from 2012 considered to be supporters of his movement (more than 38% of his potential electorate during the last period), Emmanuel Macron is now, in fact, the principal “successor” to François Hollande in fundamental electoral terms.

The alliance with Francois Bayrou has not upset the broad equilibrium in terms of the socio-demographic or professional profile of those who would potentially vote for Emmanuel Macron. It should be noted, however, that the middle and upper middle classes now account for almost four out of every ten potential voters (39%), up 6 points from the previous election period. The candidate has achieved great successes on the issues which distinguish the middle and upper classes: +10 points for those who are self-employed, +8 points for management and administrative professions.

Note: Following formation of the alliance with François Bayrou Emmanuel Macron received 28% in the voting intention poll of the administrative professions; representing an increase of 8 points.

It should also be noted that Emmanuel Macron is now well positioned amongst pensioners, although admittedly François Fillon remains far ahead in this demographic which constitutes his electoral core base (the over 65 years represent more than half of all those who vote for François Fillon: Fillon achieves 53% whilst comparatively Macron only secures 23%).

Even if Marine Le Pen vastly outperforms all other candidates and secures more votes from employees and blue-collar workers (with 35% of the electorate intending to vote for her), Emmanuel Macron shall still manage to secure a substantial proportion of the vote (17%), which is significantly higher than all other competitors (13% for Jean-Luc Mélenchon, 12% Benoît Hamon, 8% for François Fillon).

Emmanuel Macron occupies a central position on the political spectrum

This alliance, on the other hand, enables Emmanuel Macron to consolidate his central position on the political spectrum as demonstrated by the analysis of the partisan orientation of his potential voters. More than 30% of them state that they in fact associate closely with the Left Front (LF), the Socialist Party (mainly) or ‘Europe Ecologie-Les Verts’ … yet at the same time 27% consider that they are better represented by a party in the centre or towards the right. Moreover, almost a quarter of their potential voters do not express any partisan preference at all. This in itself demonstrates their ability to attract a significant proportion of individuals who are no longer part of the party’s more conventional policies.

Note: 46% of potential Benoît Hamon voters consider themselves to be supporters of the Socialist Party whilst only 26% of Emmanuel Macron’s voters consider the same to be true for them.
In light of recent figures Benoît Hamon may begin to question his strategy after having failed to agree terms on an alliance whilst attempting to connect with those who support Jean-Luc Mélenchon. If you consider the figures from the first round of the 2012 presidential election it is possible to determine that François Hollande’s electorate represents more than half of their potential electorate (53%), the Socialist Party candidate could receive 36% of the votes from all Socialist supporters and 30% (down slightly – by a point – in three weeks) of the votes from those who previously voted for Francois Hollande. The proportion of voters on the left of the Socialist Party who favour Hamon is just over 10% (down by one point in three weeks) and remains marginal at best. Despite their best efforts, it has proven impossible to shift the voting patterns in their favour; including reaching out to the supporters of Jean-Luc Mélenchon and attempting to form an alliance with ‘Europe Ecologie-Les Verts’. Though at the same time it is worth noting that a growing number of François Hollande’s voters in 2012 turned to Emmanuel Macron; a shift from 34% to 41% in voting intentions – a gain of 7 points.

The data analysis highlights the various consequences which arose when the “Walk On!” candidate and his Socialist party rival utilised an enlargement led strategy for a three-week period:

Methodology: aggregated data was obtained from surveys conducted by Elabe over the Internet using representative samples of the French population aged 18 years and over. The representativeness of each sample was ensured by the quota methods applied to the following variables: sex, age and occupation of the respondent following stratification according to the region of residence and the urbanisation category.