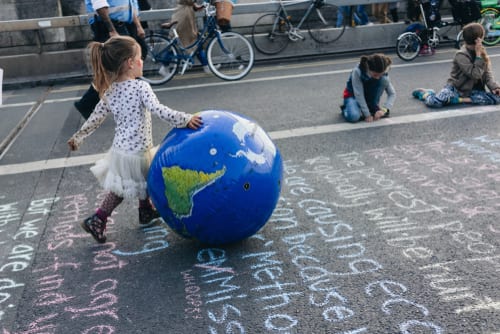 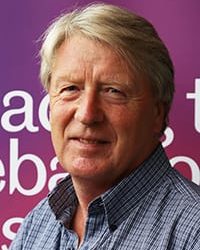 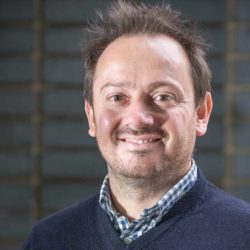 Globalisation is not going away, which means that it needs to be reformed and managed in better ways.  Progressives need urgently to move into this debate.  But lately too many have been drawn towards a fatal embrace of nationalism and have articulated forms of ‘progressive deglobalisation’.  These are mistaken moves.  We need to turn instead towards the politics of building what we call a ‘progressive reglobalisation’.

(feel free to read the first part of this article)

We resume our discussion of contemporary globalisation and our critique of both ‘regressive’ and ‘progressive’ forms of ‘deglobalisation’ by advocating a new approach to these questions which combines progressive values with a realistic understanding of the current structure of the global political economy. We argue that we live in undeniably troubling, yet also potentially auspicious, times, for two reasons.

First, globalisation is here to stay: it is utterly implausible to envisage a full-scale retreat from a world in which so much economic activity and so many of the prospects of economic development are now shaped by complex global linkages. Second, if neoliberal globalisation could in theory have been done differently, it could be done differently again in the future: it can, therefore be shaped by benevolent social forces every bit as much as malign ones. Moreover, if progressives vacate this territory and choose not to do battle here, we can be pretty sure that the former — the Trumps, Farages and Putins — will seize the initiative, as, indeed, they already have to an extent.

In fact, it is entirely possible to envisage how globalisation can be reshaped into a more attractive set of economic, social and political processes. States have acted previously to construct and adjust global orders, and this means that they can do so again. Plenty of political economists — Dani Rodrik with his demand for a ‘sane globalization’, Eric Helleiner’s ‘co-operative decentralisation’, and Colin Crouch’s call for‘ moderate forces of left and right to stand together for a regulated globalization against xenophobic forces’ — have offered glimpses of what this might look like.

What needs to be added to their ideas is some discussion of the essential political bargain needed to pull it off. One way of achieving this is to revisit the precise definition of the ‘embedded liberalism’ that John Ruggie defined as the key ingredient restored to the world economy at Bretton Woods in 1944 after its last major crisis. As he saw it, the task there was to reconcile the extremes of nationalism and liberalism to craft a ‘compromise’ that would ‘safeguard and even aid the quest for domestic stability without, at the same time, triggering the mutually destructive external consequences that had plagued the interwar period’. He went on: ‘Unlike the economic nationalism of the thirties, it would be multilateral in character; unlike the liberalism of the gold standard and free trade, its multilateralism would be predicated upon domestic interventionism’.

“We can begin to create a new normative framework within which to reshape globalisation.”

This contains the vital clue that opens up the politics of what we choose to call ‘progressive reglobalisation’. It shows how we can begin to create a new normative framework within which to reshape globalisation. We describe this as ‘re-embedded post-neoliberalism’—an idea that explicitly invokes Ruggie while seeking to move us beyond actually-existing neoliberal globalisation.

So, firstly, what do we mean by the open-ended notion of ‘post-neoliberalism’? Globalisation as a political project can only be expressed as a form of liberalism.  It is, after all, fundamentally grounded in notions of openness and freedom.  However, it is vital to note here that liberalism as an intellectual tradition in political economy has long contained within it a tension between a ‘pure’ and a ‘compensatory’ variant, with each ascendant at different times. Although ‘pure’ neoliberalism crashed and burned in the 2008 global financial crisis, the ‘compensatory’ strand which emphasises the importance of equality and redistribution of wealth, opportunity and opportunity remains available to us.

Consequently, ‘post-neoliberalism’ can most plausibly be built around a renewed ‘compensatory’ liberalism that is both markedly different and substantially ‘dialled down’ from the excesses of the hyper-neoliberal era.  This might not sound very ambitious and it’s certainly not utopian.  But it has the great merit of being politically realistic, genuinely ‘post-neoliberal’ and of itself still quite radical.  Possessed of that concern about the equality of the distribution of choice and opportunity, highly compensatory forms of liberalism effectively constitute meaningful social democracy.

Secondly, what is the significance in this context of the concept of embeddedness and why do we need to attach it to this vision of ‘post-neoliberalism’?  The term derives from the economic history of Karl Polanyi, makes a strong appearance in sociology via the work of Mark Granovetter  and, as we have seen, was picked up in political economy by Ruggie.  It refers to the endowment within public agencies of the authority and capacity to manage domestic and international economic affairs actively.  As Orfeo Fioretos and Eugénia C. Heldt put it in a recent paper: ‘A highly embedded system is one in which public agencies have the authority to intervene in capital, labor, product and other markets.  In highly disembedded systems, by contrast, public agencies lack effective means to structure the behaviour of market participants’.

Such agencies come in many forms, but at the global level we are talking essentially of the ability and willingness of ‘our’ nation-states, acting on behalf of us as their citizens, to respond with a ‘compensatory’ instinct to intervene energetically in economic and social matters in order to enlarge, and equalise to some degree, the range of choice available to their peoples. In this conception of global governance, states would once more be permitted to pursue legitimate social purposes and enjoy the necessary national policy spaces to manage their economic development successfully, without fear of retreat into a regressive nationalism. They would in fact be encouraged to work together in a collective, cooperative way, acknowledging the multilateral imperative to ensure the fairest distribution of gains over time.

In sum, there is much that can be done both to keep what is good about globalisation while removing much of the bad. We need to move away urgently from the dead-end of ‘progressive deglobalisation’ and its fatal embrace of nationalism and to embrace instead the hard but necessary work of building a new global movement around ‘progressive reglobalisation’.  There remains a lot to be done to flesh out and make real this concept, let alone work through the politics that will be necessary to bring it into being.  But it is surely the political and spatial terrain on which progressives should be gathering.