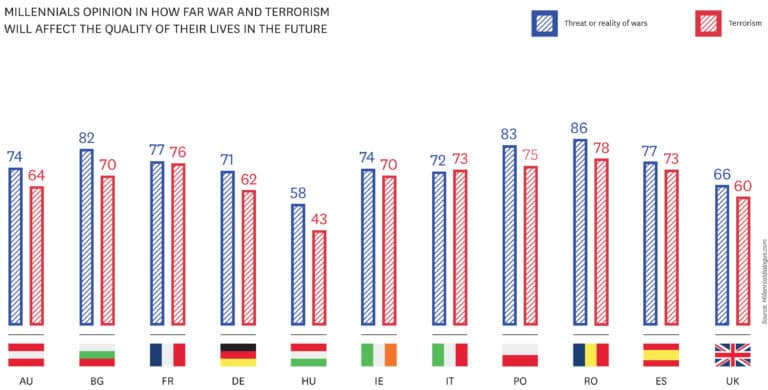 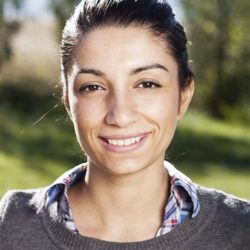 On the one hand, quality of life has increased in many ways and lots of people has been lifted out of poverty. On the other hand, the sense of insecurity over the future is ever-present and growing. International crises, migration and climate change are all issues facing us today. I am proud to belong to a generation that believes in progressive policies as a solution rather than policies of division.

Brexit is one of the most recent proofs of Millennials’ trust in the European Union and International communities. While around 60% of the older generation voted for Brexit, the Millennials did the opposite. If we break the Millennial group into several age groups, the post-referendum polls show that 75% of people between the age of 18 and 24 voted Remain. This at least gives an indicator of the perspective of UK millennials.

The impact of globalisation
However, as the FEPS Millennial Report clearly shows, this trend is not only apparent for the UK. Perhaps this is nothing out of the ordinary; a generation that was born into a globalised world and that has seen its benefits through experience, is certainly aware of what is at stake. Furthermore, challenges and threats have become more globalised. Terrorism and environmental issues take no account of man-made borders. The solutions, therefore, cannot be derived from individual states alone. Global challenges require global solutions.

Today, there is a big difference between the priorities and solutions that Millennials and older generations would want to see. Yet it is clear that the same feeling that led to the foundation of the United Nations and European Economic Community is still one of the strongest reasons for the belief that the solutions of today require more regional and global cooperation.

Increasing fear of conflicts and terrorism
In the Millennial report, one can clearly see that Millennials, to a great extent, feel that war and terrorism will affect the quality of their lives in the future. The consequences of the fear for rising conflicts and terrorism are reflected not only in the direct views of Millennials, but also the outcome of what they think should be a priority. The Millennials seem to be of the opinion that politicians should prioritize defence and military force in the public spending. Taking a look back in history, the exact same reasons, war and global threats, were the reasons for the creation of our global and regional unions.

At the same time as the focus on military and defence grows, the report shows that Millennials in many countries also find it important to use public spending on foreign aid and international development, even if this is not prioritised to the same extent as defence. There seems to be a focus both on short and long term perspectives, prevention and cure. Increasing protection against the immediate problem but also attempting to prevent it from propagating. What is very clear though is that cooperation on a regional and a global level is very important.

Another breaking point?
The stance of the young people of today sounds like an echo from another time. The political situation of today is not so different from the situation during the early and mid-1900s: A lack of trust in politics and politicians, growing inequalities (even though more people has been lifted out of poverty), and the rise of extremism dominate public debates. The UNHCR mid-year trend report from 2015 showed that there are now over 60 million people living in forced displacement. This is a level that we have not seen since the second world war. Have we reached a breaking point similar to the one when the European Union was founded?

One thing is for sure: Millennials have, unlike previous generations, a deep understanding of what it means to live in a globalised world. They are the first generation to have experienced globalisation’s benefits and defects. They seem to believe that solutions will not be found by reinforcing borders.