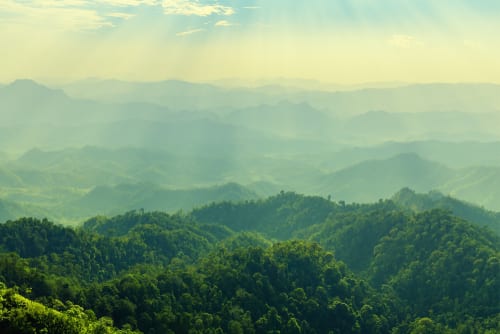 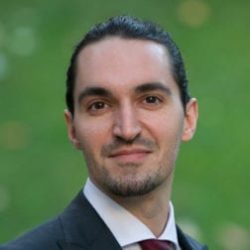 The European Green Deal sets a pathway for Europe’s transition towards a sustainable, low-carbon, circular and biodiversity-friendly economy. But how to fund this transition? With appropriate incentives and information, a part of the transition can be achieved. Meanwhile, for projects that do provide public value, but which are not financially bankable themselves, public finance must be unlocked. The COVID-19 recovery package could be a timely opportunity to do so.

An increasing amount of scientific evidence shows that human activities are putting the environment under unsustainable pressure, through climate change and by degrading the earth’s natural systems, harming biodiversity, and altering fundamental biogeochemical cycles – such as nitrogen and phosphorous cycles.

In response to rising public awareness and unprecedented mobilisations across civil society and youth, European Commission President Ursula von der Leyen presented the European Green Deal in December last year. Recognising that coping with environmental issues is our “generation’s defining task”, this flagship proposal is expected to set a path for the EU to transition towards a low-carbon, circular and resource-efficient economy, based on the sustainable use of natural resources and including the conservation and restoration of the heavily threatened biodiversity.

While a large part of the Green Deal is about regulations, environmental as well as economic ones, meeting the EU’s environmental objectives also requires funding different types of projects: conservation projects, like designating areas as national parks and nature reserves; restoration projects, such as depolluting, re-naturalising soils, or rewilding; and transition projects to adopt sustainable practices, such as switching to renewable energy, resource-efficient and low-carbon emitting industrial processes or less intensive agriculture. All these projects have a cost, but there is a huge funding gap.

Bridging the gap between ambition and reality

The funding gap for environmental projects in Europe –estimated at not less than 400 billion Euro per year until 2030 –has proven hard to fill, despite abundant private liquidity. This has a fundamental cause: it is the essence of private investment to focus on financial risks and returns as well as revenue streams, but many of these necessary conservation, restoration and transition projects are simply not financially attractive. Large renewable energy production facilities or resource-efficient industrial plants for example are large scale transition projects with predictable revenue streams. Their risk-return profiles can be attractive to private investors. By contrast, most conservation and restoration projects are of small scale, they require long-term commitment and produce low or no revenue streams. Therefore, it is often difficult to fund them privately.

To scale up private finance for nature, the EU has launched two main initiatives. The firstis the Sustainable Finance Action Plan, which mainly aims to put reliable information on environmental, social and governance factors at the disposal of investorsin order to facilitate sustainable investment. This includes the EU taxonomy which defines what precisely a sustainable economic activity is, but also updated rules on non-financial reporting that govern how companies report on the sustainability of their activities . It also includes disclosure obligations for financial professionals and a set of labels and standards that indicate which financial products support sustainable activities (like the Ecolabel for financial products, or the EU Green Bond Standards). This agenda could be complemented in the future, but for the moment, the focus still is on improving information flows, not on making projects more bankable.

The second EU initiative is the European Green Deal Investment Plan, which among other things provides a framework for blended finance, where public money is used to make projects more attractive for private investors. The cornerstone of this plan, the InvestEU programme, works by taking risks onto the public balance sheet through guarantees, and by providing technical assistance to project promoters. It is useful for some projects that are perceived as too risky, or ill-designed,and would otherwise not go ahead. But its use is limited to projects with sufficient revenue streams– which rules out, again, many conservation and restoration projects.

Probably the most effective way to create incentives for a significant redirection of capital towards sustainable economic activities, is to shift profitability away from unsustainable activities via appropriate economic instruments. This was the idea behind the EU’s recent pledge to “ensure effective carbon pricing” (as part of the Green Deal) and to “promote tax systems and pricing that reflect environmental costs, including biodiversity loss” (in the EU Biodiversity strategy 2030). These are certainly positive developments, but questions remain whether the EU will be able to overcome the reasons that prevented it from effective pricing of environmental damage in the past – such as the EU’s limited competence over Member States’ tax policies, or ill-calibrated cap-and-trade schemes.

All these tools point to the right direction, but they will not bridge the gap for projects that generate no stable revenue streams. For these projects which do provide public value, but which are not financially bankable, public finance must be unlocked.

Public sector investment has the freedom and scale to address nature-loss in ways that private finance cannot. But in Europe, public investment is constrained by many factors– such as the EU fiscal framework, tax evasion, tax competition, limited resources at the EU-level –, and, as a proportion of GDP, it has been declining for decades.

The European Commission recently proposed a new EU budget of 1,100 billion Euro attached to a recovery package of 750 billion Euro, ‘Next Generation EU’. A tenth of this additional amount will be dedicated to programs partly related to the Green Deal, such as InvestEU, the Transition funds or the second pillar of the Common Agricultural Policy. But with an EU budget still likely to provide environmentally damaging subsidies, it remains unclear how this budget could respect its green oath “do no harm”. A better tracking of the use and environmental impacts of public investmentis more than ever needed.

The bulk of this recovery package will be a new ‘Recovery and Resilience Facility’ of 650 billion Euro of grant and loans, for which Member States will have to design their own tailored national recovery planbased on investment and reform priorities identified as part of the European Semester – which guides and coordinates national economic policies.

However, the modalities of the European Semester still need to better align with EU’s environmental goals. Adopted nearly one decade ago in the wake of the financial and eurozone crises, the EU Semester is mostly built upon macroeconomic and fiscal indicators (such as unemployment, public and private debt, trade balance, etc.) and procedures that may result in sanctions (excessive budget deficits and macroeconomic imbalances).

While the EU Green Deal opened a momentum foraligning the EU Semester with environmental concerns,it still appears limited to adding some environmental indicators instead of fully integrating the EU’s environmental objectives.The proposal to exempt green public investment from the calculation of Member States’ deficit could be part of the discussion. While there is no consensus yet for such a “green golden rule”, the rapid suspension of fiscal rules during the COVID-19 crisis showed that accounting rules are not an objective in themselves and can be treated with flexibility.

Finding the money to tackle the emergency of nature-loss will need a fresh mindset that looks beyond yesterday’s markets-only approach and combines public and private financing. Climate change and nature-loss are far bigger threats to human wellbeing than COVID-19. But the response to this global pandemic shows what can be done when there is a will to tackle a crisis.

Well-directed private finance can help businesses to become more nature-friendly and regulators can do a lot to encourage this. But policymakers should not expect too much: private finance is at best a partial solution. It is viable only when there is a source of revenue and many nature projects do not provide one, even if the bring immense value to the economy and the environment.

Public finance will be neededat a scale that calls for national as well as EU budgets to invest directly and alongside private capital. As it oversees them, national public investment could benefit from a better alignment of the EU Semester process with environmental goals.

While the investment will be far less than the cost of responding to the COVID-19 crisis, bridging the green funding gap could and should be part of the EU’s post-Corona recovery plan, both at the EU and the Member States level.

If we miss this opportunity, we will burden the next generations not only with debt to be repaid, but with the much heavier burden of the environmental crisis.