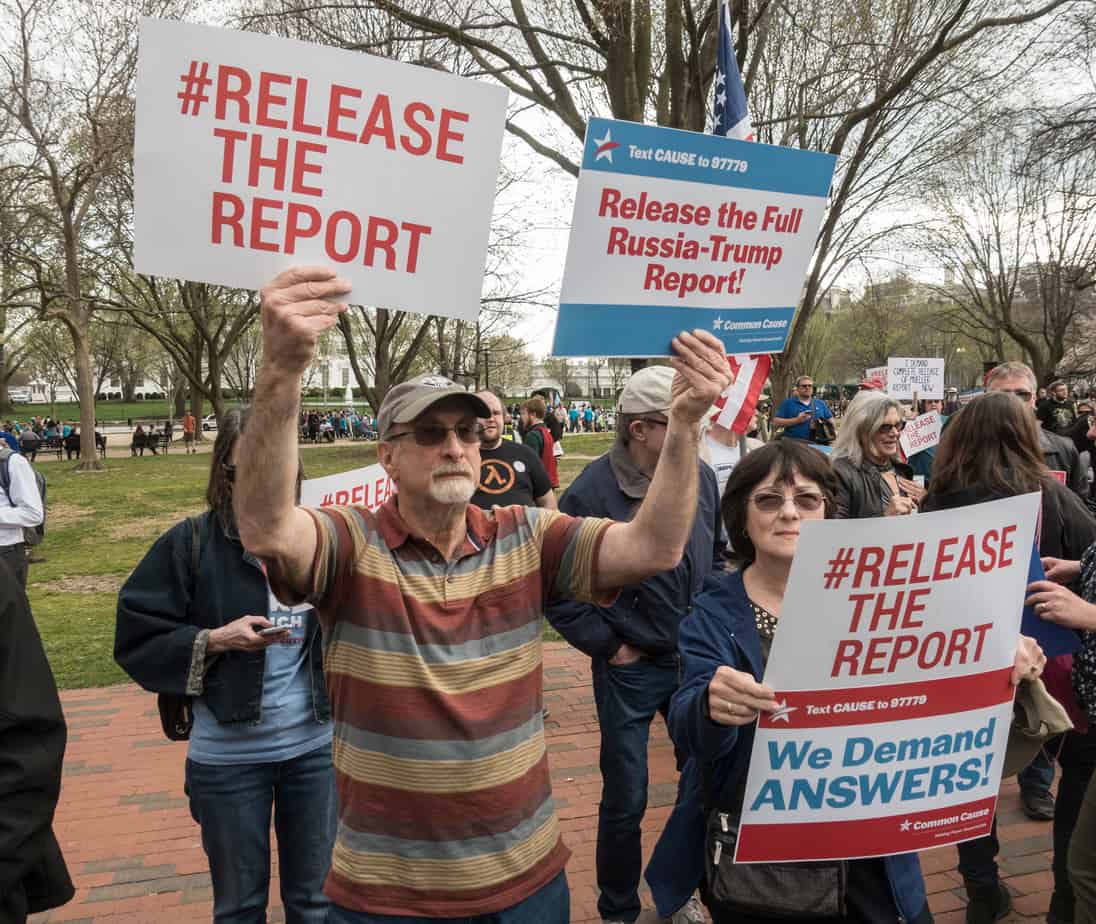 When Special Counsel Robert Mueller finally sent his report to the Justice Department with no finding of collusion between Trump and the Russian government and no recommendation on whether Trump had obstructed justice, there was a huge sense of let-down among Trump critics and a sense of vindication at the White House.

Progressives had been waiting for two years and looking forward to the Mueller report as a kind of deus ex machina. Surely, after all of the prosecution of Trump underlings, many of whom turned state’s evidence as cooperating witnesses, Mueller would have something devastating on Trump himself. But, no.

Some commentators even contended that Muelller “did Democrats a favour” by finding no wrongdoing and allowing the national conversation to move on from Trump’s alleged misdeeds to policy differences on which Democrats can win the 2020 election. https://www.rollcall.com/news/opinion/mueller-barr-democrats-gigantic-favor

Now, however, it turns out that Trump’s new Attorney General, William Barr, is engaged in a cover-up of his own. Mueller’s team, which scrupulously avoided leaking to the press while the investigation was ongoing, has let it be known that Barr’s short summary grotesquely misstated the supposed exoneration of the president. https://www.nytimes.com/2019/04/03/us/politics/william-barr-mueller-report.html

The Constitution of the United States is silent on whether a president may be prosecuted for criminal wrongdoing while in office.

The House Judiciary Committee has now demanded a release of the full documented, and Barr was promised a release of a partly censored version in mid-April. Meanwhile, the House Committee on Ways and Means has demanded Trump’s personal and business tax returns going back six years. The House Intelligence Committee is continuing to investigate Trump’s ties with the Russians.

Mueller is expected to testify before Congress. Sooner or later, the important details of his report will come out.The Constitution of the United States is silent on whether a president may be prosecuted for criminal wrongdoing while in office.

After a week of premature celebrations, Trump and his defenders are back on the defensive, and the question of Trump’s misuse of office is squarely before Congress, where it belongs.

Scholars have differed on whether a sitting president may be indicted. In the Watergate affair, special prosecutor Leon Jaworsky cited Richard Nixon as an “unindicted co-conspirator,” strongly hinting that they could have prosecuted him had they so chosen. Likewise, when Meuller brought indictments of Trump’s former personal lawyer Michael Cohen, Trump was named as “Individual 1.”

The constitutional founders, however, were acutely aware of the potential for autocratic and corrupt abuse of the office of president. There remedy was explicit: impeachment and removal from office.

The road from here includes deepening investigations by at least three House committees—Judiciary, Ways and Means, and Intelligence. These could well lead to an impeachment.

A conviction and removal from office requires the votes of two-thirds of the Senate. For now, most Republican senators are standing by Trump, though have deserted him on several issues, ranging from the border wall with Mexico to Trumps’ attack on Medicare to his policies on Syria and Saudi Arabia.

Depending on what the House committees uncover, Republican loyalty to Trump is not guaranteed. And Trump and his family enterprises continue to be vulnerable to prosecutions for corrupt business dealings from other courts.

Trump had a good week. He is likely to have a bad year.