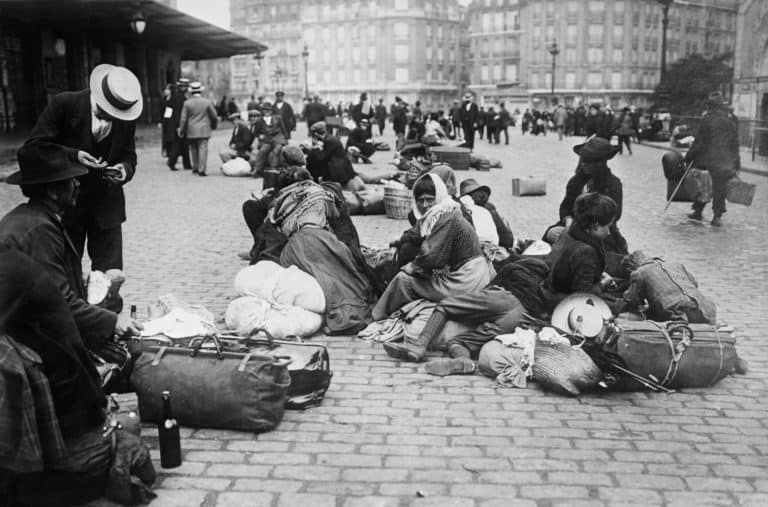 My mother, a refugee. Should the judgement of a crowd prevail once again?

A few weeks ago while I was in Vienna for a series of meetings with European health Ministers, I visited an exhibition in Vienna’s city museum called: “What Remains: Traces of Refugees” and where objects of a few people who flew war, genocide, persecution and poverty in 20th century were exposed.

While I was there, I could not help but think about my mother. She was born in 1909, in Kaunas, part of Tsarist Russia back then. She was only 5 years old when World War I began. Her parents were forced to abandon their home in Kaunas and fly to Moscow. In a blink of an eye, they became refugees. As they fled, my mother lost her father and her older brother. And as they were returning back on foot from Moscow to Lithuania, my dear mother learnt to live with hunger, misery, sickness, orphan hood, beggary. She was a refugee girl as many others, Ukrainians, Belarusians, Poles, Russians…

In 1941, my family was forced to go through yet another exile. They were deported from Lithuania to the Laptev Sea Region and my mother had to endure hunger, cold and sickness once again. Yet another sufferance was less visible. The pain of having a label of “fascists” given to them by the Communist regime was equally acute.

For me it was somewhat different. In the Tit-Ary barracks we, children, Lithuanians, Karelians, Latvians, Ukrainians, Jews, Russians, Estonians, were raised and played together. We did not see any difference.  We did not need any labels. Only later, when my parents were allowed to leave the barracks and moved to the southwest of Yakutia, I could remember people calling us “fascists”. Later on, when we came back to Lithuania, I recall local children mocking and bullying us, DIFFERENT kids who came from Gulags. I could not understand. After all, I was not different. I was back “home with our own”.

The exhibition in Vienna and Chemnitz, my mother and my own experience are forcing me to raise my voice again and again.

The roots of this behaviour lie in ideology and propaganda, they are behind the crowds shouting “Heil Hitler”, “za Stalin”, “Mao, Mao, Dan zi Bao”. Result of this was terrible: millions suffered, were exiled or assassinated.

In early September, in Chemnitz, a frenzy and accusative crowd was shouting again. All refugees are the same. Should the judgement of a crowd prevail?

I sigh. One would think that we, Europeans, have learnt our lessons and should be able to activate memories in our brains and know better where this can lead: hatred, deportations, Gulags, Auschwitz, and all based on radical ideologies, mixed with incitement against the one who is different, foreign, and amalgamated with escalation of violence and fear. This is a Molotov cocktail against humanity with severe consequences.

The exhibition in Vienna and Chemnitz, my mother and my own experience are forcing me to raise my voice again and again. The court of crowd has no future. The only path it could take us on is the one that leads to new conflicts. Are these our values? My answer is no. These are warnings to one and all that we are standing at some very dangerous crossroads.