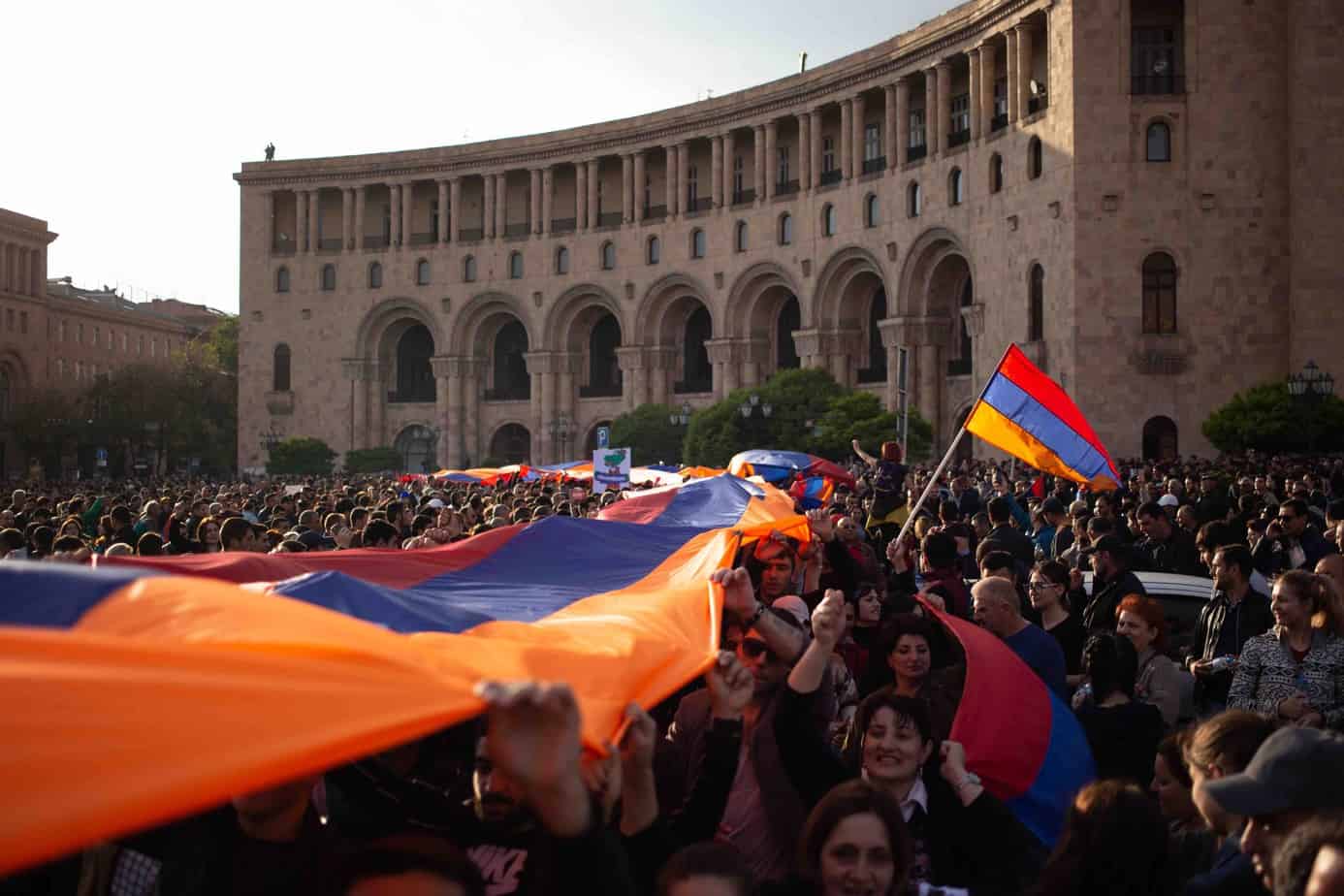 For decades, those affected by the Nagorno-Karabakh conflict have been a hostage of geopolitics and own nationalist discourses. Recently, both the ‘Velvet Revolution’ in Armenia, which resulted in the election of a legitimate government, and the de-escalation approach pursued by Azerbaijan created an opening. This opening has the potential to allow the two conflict sides to engage in open dialogue, build trust, free themselves of the status of being divided and ruled upon, and take control of their own destiny.

That great powers often employ divide and rule policies to control the (neo)colonised populations is hardly a secret. Sometimes, such policies are pro-actively imposed. In other cases, the great powers involved take advantage of the violence initiated by groups at their periphery. The Nagorno-Karabakh conflict that pits against each other two former Soviet Republics – Armenia and Azerbaijan – is an example of the latter.

Initiated in the wake of nationalist movements that swept aside the Soviet Union in the late 1980s, this violent conflict was treated not as an opportunity but as a challenge to be solved by Russian, European, and US leadership. Only with time, as the geopolitical competition between Russia and NATO powers resumed, did the divisions between the Azerbaijani and the Armenian societies become subject to external manipulation and control.

The next such opening, following a period of continued great power competition, came in 2008 when presidents Obama and Medvedev hit the “reset button” .

Since the onset of the conflict in 1987-1988, the ‘openings’ to solve it arise every 10 to 11 years. In 1997, the then-presidents of Azerbaijan and Armenia agreed on the “step-by-step” proposal of the Minsk Group of mediators, which was co-chaired by Russia, France, and the US. The plan failed when the then Armenian president was forced to resign in face of opposition from his own government. The next such opening, following a period of continued great power competition, came in 2008 when presidents Obama and Medvedev hit the “reset button” and made a joint push for a solution. Consumed by domestic nationalist politics, the leaders of Armenia and Azerbaijan chose not to take advantage of that geo-political opening.

The current opening is a result of the 2018 Velvet Revolution in Armenia and the reset of the deadlocked peace process. The Azerbaijani leadership, which had been stalling the talks with the previous Armenian government placing a bet on improving Azerbaijani-Russian ties and external pressures on Armenia, was quick to change course and initiate a dialogue with the new Armenian leadership. The Azerbaijani side also took visible early steps towards de-escalation, both in terms of decrease in cease-fire violations and the overall hostile rhetoric.

Until recently, the new Armenian leadership has shown little interest in taking advantage of the opening. The de-escalation initiated by Azerbaijan received little reciprocity. This inaction could be explained by the lack of trust towards Azerbaijan following years of escalating violence and hostile rhetoric. Re-building trust is therefore necessary if there is to be a genuine chance for peace.

Yet trust cannot be built on inaction. While compromising on anything major is currently out of reach, the Armenian side could, among other steps, stop blocking the inter-communal dialogue between Armenians and Azerbaijanis of Nagorno-Karabakh, a format long advocated for by Azerbaijan. This does not have to be the only format of dialogue. It could be one of many. Inter-communal dialogue is only one possible example of a small, not vital, concession that can be made without touching upon the main points of disagreement such as the status of disputed territories or that of the return of displaced populations. The steps towards building trust can take a number of other forms as well, including prisoners’ exchange or environmental cooperation. The premise of building trust is that each side should be willing to make gradual concessions and expect the other to answer offering concessions in return. The frequent meetings of and the visible rapport between the leaders of Armenia and Azerbaijani and the statement of Azerbaijani and Armenian foreign ministers on April 15, 2019 expressing willingness to support establishment of contacts between people, including through mutual visits of media representatives is one encouraging step in this direction.

The Azerbaijani leadership, while deserving credit for the early de-escalation, is also hardly a constructive negotiating partner. While making overtures towards the Armenian leadership, it simultaneously continues the crackdown on the Azerbaijani civil society. Yet the Nagorno-Karabakh conflict, as other conflicts with a history of mass violence and ethnic cleansing, cannot be solved through official efforts alone and requires long-term civil society collaborations aimed at acknowledging war crimes, healing, and reconciliation that would make the eventual compromise possible.

For a period, which is nearing three decades, those directly affected by this conflict have been a hostage of geopolitics and nationalist discourses. The recent Velvet Revolution in Armenia resulting in the election of a legitimate government and the de-escalation approach pursued by Azerbaijan create an opening for both sides to build trust, collaborate, free themselves of the status of being divided and ruled upon, and take control of their own destiny.

The road to true freedom and decolonisation is long and arduous. In this sense, perpetuating old behaviours while expecting a new outcome is hardly effective. The Armenian leadership could step out of their comfort zone of reactive posturing and start behaving like a serious negotiating partner. The Azerbaijani leadership, in turn, could embark on a genuine democratisation path and improve its human rights record to make eventual peace and coexistence conceivable.

The alternative, if recent history is a guide, are 11 more years of lives lost to violence and deepening neo-colonial dependence until a new opening comes up, assuming of course that there is one left in the cards.