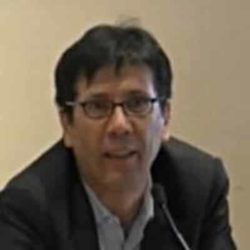 On 25 September, Italy’s ballot boxes saw another swing of the pendulum, as one has come to expect in the parliamentary elections of the Second Republic era. Now, after a government headed by a ‘technician’, who weighs up figures, external constraints and compatibilities, a new leader is to take over, resetting the clock, budget limits and investors’ calculations.

This time, the maverick professional politician comes in the form of Giorgia Meloni, who proclaims “the party’s over”, makes threats about “deviant types” and dances on stage in a blue-collar suburb of Naples, while promising the flat tax along with a slew of other financially unworkable plans.

In some ways, the election that won her 26 per cent of the vote signals a return to the Second Republic’s roots. The after-effects of yet another doomed technical government have reopened old wounds that had only healed on the surface. In 1994, Berlusconi’s entrance into politics quelled the resurgence of the neo-fascist wave. For decades, the man known as ‘il Cavaliere’ embodied a competitive coalition that normalised the revived post-Fascist right by letting it into institutions and government, but at a cost: curbing the burgeoning growth of the former MSI (the neo-fascist Movimento Sociale Italiano) at the ballot box. Having normalised post-Fascist thinking, Berlusconi went on to engulf the old movement, now relegated to a subordinate position, into his People of Freedom party.

For several years, the political void left by the post-MSI new right was deftly filled by Matteo Salvini. With his new nationalist-securitarian agenda, he rallied the deflated, scandal-beset Lega, boosting its share of the vote to 18 per cent. The party underwent a transformation, from a regionalist force to a player occupying the vacancy on the sovereignist radical right. Then, its surge in the European elections – sealed by Salvini’s naval battle on migrants – led Italy’s ‘Captain’ to commit the ‘folly at Papeete Beach’ [an infamous incident in August 2019 when, from a beach club in Milano Marittima, he decided to announce the termination of his joint government adventure with the Five Star Movement, Ed]. He never recovered. The Lega’s slump to 8.7 per cent most likely marks the end of the Captain’s voyage.

Salvini’s calamitous misstep that summer of 2019 is when Giorgia Meloni’s luck really began. Years before, she had founded a small, seemingly implausible political party, dusting off post-Fascist symbols and culture. Voters’ dwindling interest in Berlusconism (still hanging on nevertheless with 8.1 per cent) and the decline of the Lega have led the right-wing ranks to line up tidily beneath the sceptre of this woman and patriot (the ‘fatherland’ features heavily in her speeches, Ed.).

The figures show that her party, ‘Brothers of Italy’, gained 10 per cent more votes than its two allied parties put together. Not that Berlusconi’s grumbling or the Lega’s existential crisis can reassure Meloni that it will be smooth sailing for her government. However, the imminent collapse of the coalition is merely a hypothesis, not a dogmatic certainty. Italy’s leading media outlets have endorsed the idea that this right wing is no longer radical (the Sole 24 Ore has wagered that ‘Giorgia Meloni’s metamorphosis’ has already happened). But listening to the winner’s speech at her closing rally, one questions the certainty of those who feel confident the party leader has hung up her black shirt and converted to liberal democratic ideals. Leaving aside the boundless admiration she expressed for the Russian president Vladimir Putin in her book – an admiration she has now, ostensibly, shifted onto the militarised West – it is hard to find any other significant betrayals or rejections of the views she cultivated for so long.

Meloni claims that freedom has been trampled in the history of this republic. Our ‘patriot’, as she brands herself, is under the impression she’s in some foreign land that must be conquered for the first time in the name of liberty. Other political parties are depicted as slaves, and enemies of the fatherland (“the Left is on its knees licking the feet of the French and Germans. I have a problem with Italians who have sold themselves in the interests of the French and Germans”).

At times, the ‘others’ are even described as monsters (“they promote abominable practices such as wombs for rent or drug liberalisation. They are the monsters”). The other parties are clusters of power lacking in value, for “they have always hated the fatherland”. However, what distinguishes Brothers of Italy from the old-school approach to combating subversives is that it rules out violent methods of fighting its foes.

When it comes to migrants, though, her rhetoric takes on more sinister overtones, veering towards ethno-populism. Even Meloni’s voice, when making speeches about this, is swept up by an irrepressible impetus: “If walls are what it takes, we’ll build walls. If a naval blockade is what it takes, we’ll have a naval blockade”. It’s not just her language that gets harsher when denouncing the “ethnic replacement” she claims is underway; her oratory hits some appalling low points in her crudest rants (“This only happens in Italy: you’ve got to go home! Go home!”). The law, too, must also be founded on ethnic-religious principles, and dispense exacting punishments or incentives according to specific criteria of nationality and identity. For patriotic enterprises, the State should take a laissez-faire attitude (“The State mustn’t break companies’ balls, it must let them work”), but when it comes to businesses run by foreigners it must monitor, prohibit, impede and hinder.

What transpires from Meloni’s rallies is a leader with a shaky understanding of economics, acting out a scene in which the simple citizen revolts against the “Snooping State” which “accuses you without proving anything, the fight against tax evasion is a joke”. On fiscal matters and economic-financial questions, she has a surreal way of handling the issues at hand: “Now they’ve put a limit on cash payments and we have to pay by debit card. Soon we’ll go to withdraw money from a cashpoint and the cashpoint will ask ‘Why do you want 100 euros? What are you going to do with it?’ Mind your own business, it’s my money, why do you care what I’m going to do with it, nosy parker! Stalinist methods, and we say no to Stalinist methods!”.

The Stalinist-Snooping State must be thwarted for the sake of its harassed citizens. She is attempting to form a Christian-Nationalist social bloc against the finance industry and migrants. Her diatribes against “the oligarchs of Silicon Valley” who are destroying sovereignty “with their multi-billion dollar digital States”, invoke the classic Fascist argument against plutodemocracies.

Meloni pits “families and the man in the pub” against “the internet giants”. She wants to rally together the small shopkeeper who can’t stand a street stall as it’s unfair competition; the small business owner who is intolerant of small business owners of other ethnicities, and the blue-collar classes, who are mobilised against foreign competition which deprives them of their rights and salaries. Acting as the glue is the revulsion for the ‘Basic Income Scheme’, which rewards the laziness of “completely healthy individuals who get more than a disabled person who receives 270 euro a month, or those granted the minimum pension of 500 euro”.

More than fascism in the strictest sense (besides, the twenty-year Fascist dictatorship never articulated a coherent ideology), Meloni’s inspiration lies in the historical antecedent of anti-revolutionary conservatism, in other words the philosophy of the de Maistre restoration. Land and blood feature in Meloni’s discourse as myths, fundamental values, the cement of a common and differentiating destiny. Traditionalism shapes the core identity of this ambiguous right, shot through with illiberalism and shortcomings in its ability to govern.

The keyword in Meloni’s vocabulary is “attack”. The obsessive use of the metaphor of attack expresses a deep sense of anxiety surrounding the way things are going in the world. It’s a declaration of war on modernity, which is rejected outright because, with its laicism and individualism, it risks contaminating, muddling, and mixing together social and ethnic belonging (“Identity is the fundamental battleground of our time. Identity is the number one enemy of the globalist mainstream”). The distinguishing features of the Roman-born leader’s rhetoric are these: first, her will to resist and second, her invocation of mythical tradition. By appealing to “national pride, roots, history and identity”, the right takes refuge in a besieged fortress from where it fires out curses against the modern, urging the mythicised people to not succumb to the sirens of decadence.

What’s under attack, in the hard right mindset, is the fatherland’s entire value system. Arguing against the whole of this inhospitable, “deviant” present, which is condemned to the disease of relativism, Meloni refers to the “magnificent heritage of traditions”. Meloni’s values clash against those of the EU (“we won’t allow Brussels bureaucrats to tell us whether we can eat our parmesan or your pata negra”); she clings on to “true values”, in other words to “the Europe of patriots” and religious values, enabling her to scream that now, with the sovereignists’ victory, “the party’s over”.

The nation is not a free, voluntary construction, but a homogenous group, a community of blood, a uniform mass (“we believe in one nation, one people, one language and one flag!”). Above it towers the redemptive figure of a charismatic leader. This leader, as part of the major reform Meloni dreams of, achieves victory through the purifying ritual of directly electing a decisionmaker who embodies the spirit of the people, and need not bother with the hassle of perfecting a culture of governance.

There’s nothing to indicate that Meloni has changed her fundamental beliefs to the point of making peace with the modern sense of rights and freedom. The only freedom she talks about is that which stands for “the right to not have an abortion”.

The myths of imperial Rome (“Hey guys, remember we’re a civilization that two thousand years ago could build a bridge in ten days, we’ve got to regain our greatness and speed”) hark back to the imagery deployed in the last century. Above all, they reveal a starkly simple culture of administration. Now that the right has triumphed (in terms of parliamentary seats won, not in the number of votes, since the non-coalition centre-left parties got a clear majority of votes), there’s a question still hanging: the lack of a culture of governance, the fragility of the ruling class, the true stature of Giorgia Meloni. External constraints, the predictable reactions of the markets, will hamper the creative finance strategies that have been promised to miraculously reduce the fiscal burden. Once the path of tax cuts is no longer viable, the government will lurch onto the favourite right-wing ground, where vigilance from Brussels or international investors is far more accommodating. Symbolic policies (civil rights, abortion, historical revisionism) will then remain the only weapons available to polarise the nation.
The working people who voted for the right in the belief that the future government’s enemies would be others (migrants, ‘deviants’, creatives, slackers claiming the basic income), and felt reassured by the silence of the trade unions signalling a calm period of social harmony, will have to think again. For the ultra-right government, lashing out at sexual preferences won’t suffice. The financial crisis, the recovery, the generous renovation subsidies for homeowners will have to be paid for somehow. And as always, the workforce is the most reliable cash machine for government coalitions.