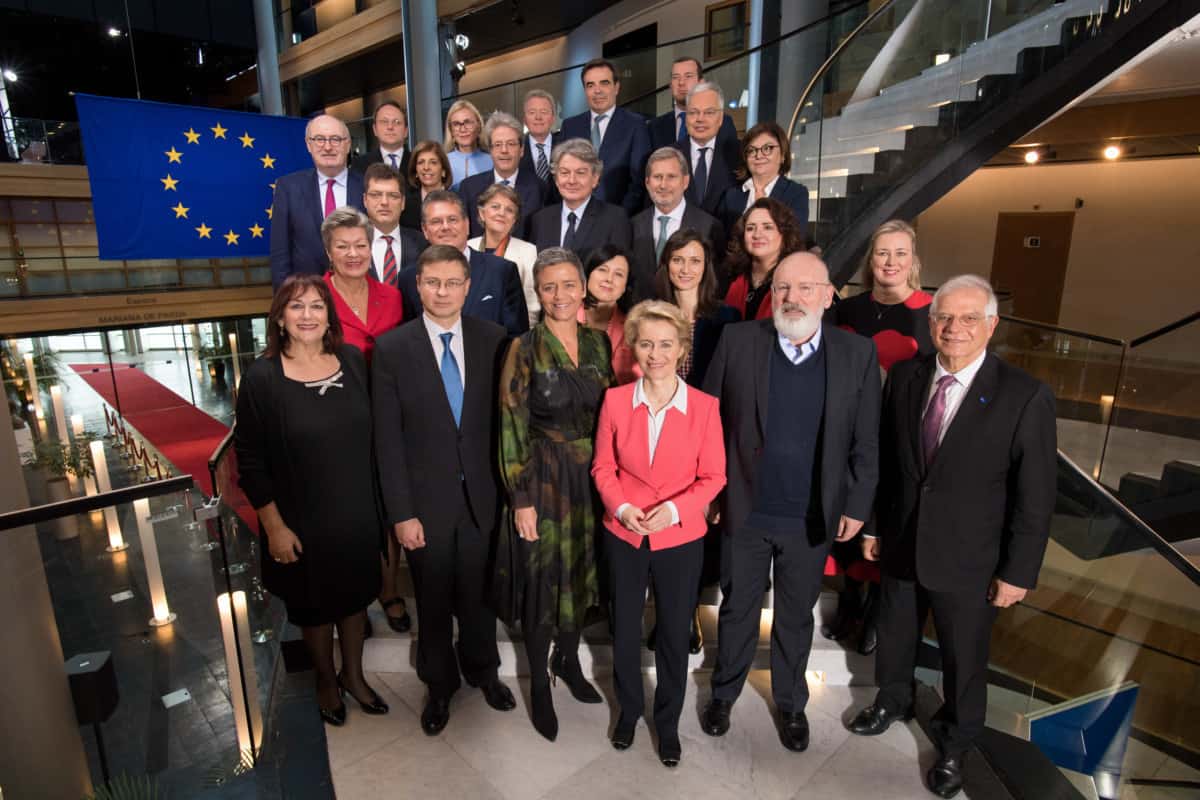 The new European Commission can open up opportunities for progressive forces to regain influence in the European direction. Over the Commission’s five-year mandate, Europe will be confronted with new global trends, and bold and progressive leadership will be needed.

The focus of this European Commission is fundamentally different from that of previous ones. In 2004, the main focus was on conducting the biggest enlargement ever and bringing the newcomers to a common European home. In 2009, the focus was on dealing with a dangerous financial and economic crisis, including that of the eurozone. And in 2014, the focus was still on overcoming this crisis when new ones then struck, with terrorist attacks, conflicts in the neighbourhood, refugee inflows and Brexit.

“the new Green Deal must also be a Social one”

Today, even if these problems remain a big concern, we cannot say we are starting in crisis mode. But we are certainly starting in big challenges mode and there are big choices to be made! The first is undoubtedly about climate change – but let us make things clear from the start. The response cannot be limited just to energy policy or climate action. The response must begin with a new concept of well-being and relationship between humankind and the planet. It should change the way we live and transform many economic sectors from manufacturing to transport, construction and agriculture. And this transformation can only take place if it is conducted with a deep sense of social fairness regarding jobs and social conditions. We need to prevent new social inequalities emerging from this transformation. So, the new Green Deal must also be a Social one.

This means we need to deliver on all the Sustainable Development Goals (SDGs) – and that is where the EU Digital Agenda can also help. Yes, Europe is lagging behind the US and China in the digital revolution, but we need to move in a European way – not led by unfettered markets or a centralised State, but rather by citizens’ needs. Our priority areas for the development of artificial intelligence should be a better provision of health services, education, transport and housing, as well as better energy management and support for SMEs. Many innovations will be needed to deliver on the SDGs, but many jobs can also be created with a new blueprint for growth driving the climate and digital transitions.

What is more, economic and social cohesion can no longer be overlooked. Social inequalities stemming from old and new trends must be fought with decisive implementation of the European Pillar of Social Rights, combining updated social laws with large-scale social investments, and starting with children. The economic and social divergences which undermine European unity must be tackled with minimum wages and a stronger cohesion policy. The same is at stake inside the eurozone, where the current economic and monetary union must be completed with the missing pieces. All the other monetary zones in the world are already in possession of these pieces: a banking union and a budgetary capacity.

A big test for real political will, will soon be upon us with the decisions on the next European Community budget. Conservative forces will resist providing the basic means to combine climate action with social fairness, and to enlarge crucial programmes such as Erasmus or Digital Europe. They will also resist introducing new own resources, be this through carbon, digital, financial or corporate taxation.

These big decisions on providing real means to address the concerns of citizens should be at the heart of how European politics are conducted differently. The European project can no longer be run just as a technocratic project. For sure, the role of the European Parliament and the European political families will increase, but new ways to involve citizens must be found at the upcoming Conference on the Future of Europe.

The time has come for the European Union to assert itself not just as a big market or a monetary zone, but also as a democratic political entity with coordinated action on the economic, social, environmental, cultural and external fronts. The majority of European citizens fully understand that the European project can only have a future if rules-based global governance is updated and reinforced, along with the multilateral system. Up against a big powers game, it is in our interest to promote cooperation and convergence for better standards in an open and sustainable world.

There are high expectations of the newly elected European Commission, not least because experienced and progressive names have been appointed for key portfolios. Their ability to deliver will also depend on our active participation!