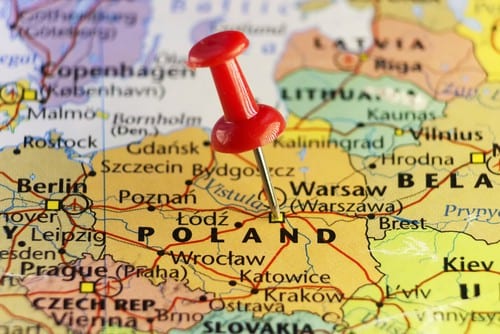 From the historic return of Polish social democracy to the mainstream of parliamentary life in Poland in October 2019, we have witnessed several important events in Polish public life. Starting with the attempt to depose the President of the Supreme Chamber of Control connected with Law and Justice (PiS), who is suspected of having contacts with the criminal world, through the discussion on the exposé of the new, old Prime Minister Mateusz Morawiecki to the fundamental dispute over the independence of the Polish judiciary.

In each of the cases mentioned above, left-wing politicians have shown that the four-year absence of social democracy from parliament has apparently done her good. As far as the head of the Supreme Chamber of Control is concerned, the Left’s Members have sued the hardest guns by demanding the punishment of the State Tribunal. During the debate on the government’s promises, one of the leaders of the left-wing parliamentary faction, Adrian Zandberg, overshadowed the head of government with his counter-expose, in which he spectacularly explained to Law and Justice politicians what the idea of the welfare state is all about. On the issue of the so-called ‘muzzle law’, which imposes draconian penalties on judges who publicly demonstrate in defence of the independence of the judiciary, the Left stands shoulder to shoulder with the Judiciary in demonstrations of thousands of people in the streets.

An additional advantage of Polish social democracy is the fact that the vast majority of the current parliamentary club has never sat on the parliamentary benches before. Many Polish commentators of political life praise the Polish social democrats for their substantive preparation and enthusiasm for hard work. Since left-wing politicians are not “professional politicians”, they also have a good social background in working, environmental and secular environments and organisations. This is an unquestionable asset, especially against the background of the largest opposition party, the Civic Platform, which is perceived by many as a professional party of technocratic power.

The first of these will be the actual merger of the Democratic Left Alliance (SLD) and Robert Biedron’s Spring (Wiosna). On Saturday, 14 December 2020, both parties decided on a political “partnership” and the establishment of a new party called “New Left”. The implementation of the co-chairmanship of the party at regional level may be problematic, taking into account the parity between the Democratic Left Alliance and the Spring, due to the huge asymmetry between the largest party of the Polish left and the young group of a well-known MEP.

The second challenge will be the presidential elections. Social Democracy still does not know who will stand out from the progressives of the battle with Andrzej Duda in the race to the Presidential Palace. The leftist coalition also failed to hold primary elections, which were a great opportunity to attract new activists for further political activity. Every day of delay in announcing a bold candidacy shows that the left does not believe in a victory against the right-wing president, which gives the impression of withdrawal, and sometimes even cowardice.

The third challenge in the near future will be to develop a permanent policy strategy for 2020. Everything seems to indicate that the second term of office of the independent government of Law and Justice will be even more illiberal. The pension rights of former soldiers and all active before 1989, are threatened, non-heteronormative people will be able to face further stigmatization by the church-state alliance, the government will continue to avoid answering questions about Polish forms of combating climate change. The left will have to answer the question about the effectiveness of alliances. Whether to enter the “Anti-PiS” camp under the aegis of the Civic Platform or create your own opposition block based on cooperation with trade unions and civic organizations. For the sake of political subjectivity and respect for more than 2 million voters, the left should set its own ideological and organisational independence course, especially if, in four years’ time, it wishes to govern Poland and influence the future of the European Union in a constructive way.