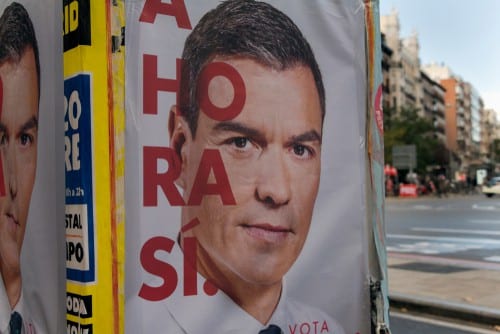 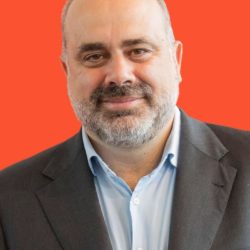 Once again, the centre-left and left wing forces did not reach the threshold of majority required to guarantee the investiture of a new cabinet and form a stable government. If PSOE and Podemos manage to build sufficient backing – thanks to the support or abstention of other political forces, among them especially Basque nationalists and representatives of the Catalan regional pro-independent groups-, the new government will be anchored in a fragile consensus and will likely find it highly demanding to ensure the governability during the new legislature.

The first stumbling block is likely to come soon, in the parliamentary process to pass a new budget law for year 2020, which is key to open the door for progressive policy-making. Consequently, PSOE is facing a tremendous challenge. However, it can actually also become an opportunity to demonstrate that it is the only party in position to build a coalition with a broad support. Being capable of bringing about such an outcome would be most valuable in a context of increasing fragmentation of the citizens’ preferences. If PSOE accomplishes this milestone and succeeds in expanding the bases of support for the progressive politics, it will stand a chance to revert also the divisive trends that are draining faith in the political system and that resonated in the way the votes were casted when it came to choose the National Parliament. It is key, as the splits have reached unimaginable depths, prompting deadlocks when it comes to building alliances and leading to political paralysis.

Furthermore, these elections saw the rise of the extreme right party VOX. Its electoral support almost doubled. Herewith Spain joined the other European countries where the political dynamics are decisively influenced by the presence of right wing extremists who are in business of spreading hatred and xenophobia. VOX is strongly committed to break broad consensus on issues such as regional self-government, combatting violence against women and even the pay-as-you go pension system. The messages packaged by VOX during the campaign have seriously impaired previous attempts at cleaning up its image.  In this vein, during several months, media outlets and leaders of the Partido Popular had dismissed the idea that there was something especially worrisome about Vox and stepped into conversations and even agreement with the extreme right party at the municipal and regional level.

“Far from the experience in other European countries, building “cordons sanitaires”, the Partido Popular and Ciudadanos seek their support to broaden municipal and regional power”

VOX benefitted largely from attracting support from some of former Partido Popular and Ciudadanos voters. This time these swinging voters opted to put in a party that gained competitive advantage around new focal points, paradoxically brought to public attention by the parties of the moderate right in times of maximum political and electoral tensions. Hence, VOX thrived on alleged threats against national unity in Catalonia, on vague fears about the consequences of uncontrollable waves of illegal immigrants, and on worries about public security in some neighborhoods of Barcelona and Madrid. Far from the experience in other European countries, where the centre-right and the conservative parties frequently worked hard to build “cordons sanitaires” to distance themselves from the extreme right, in Spain the Partido Popular and Ciudadanos opted instead to ignore the extreme positions of VOX and seek their support to broaden municipal and regional power. In some instances, they have even been open to bring forward for a discussion issues that the extreme right was trying to introduce into public discourse (i.e. around opposition to policies against gender violence).

The rise of the extreme right has its counterpart in the collapse of the liberal party, Ciudadanos, whose support has declined from 15,7% to 6,8%. The outcome of such changes has left a more complicated political landscape also in the right side of the political spectrum, which makes it substantially more difficult to forge a broad centre-right-wing political alliance in the future. Although the main right-wing party has slightly increased its support (from 16,7% to 20,8), the negative performance of the liberal party and the outstanding rise of the extreme right places the Partido Popular in an awkward position. The conservatives face a major dilemma: 1) They may move towards the center of the ideological axis and cultivate a centrist image to capture the last remains of Ciudadanos, or 2) they may choose to compete with the extreme right to recover lost terrain among the most radical voters.

To tell the truth, in a context of important tension in Catalonia and economic slowdown, it is difficult to win with a centrist position. Such a strategy would necessarily involve some willingness to explore agreements with PSOE and facilitate their government, at the risk of strengthening VOX’s stance as the true and principled opposition to PSOE. On the other side, the decision to compete for the “angry voter” of VOX may also result in collateral damages. It places again into the spotlight issues and debates the extreme right benefits from, at the risk of estranging the voters prone to reward moderate and conciliatory positions.

“in a context of important tension in Catalonia and economic slowdown, it is difficult to win with a centrist position”

Against this background, PSOE may actually have a broader margin for political manoeuvre than the parliamentary geometry would initially suggest. If Partido Popular wants to show a more moderate position, a constant veto to PSOE’s initiatives may not be feasible for a party claiming concern for the general interest of the country. On the other hand, if Partido Popular embraces radical positions to compete with the extreme right, the PSOE will be in a more comfortable situation to join forces with the rest of political parties to stop the radicalised right and, probably, will expand its electoral base in the centre of the political landscape.