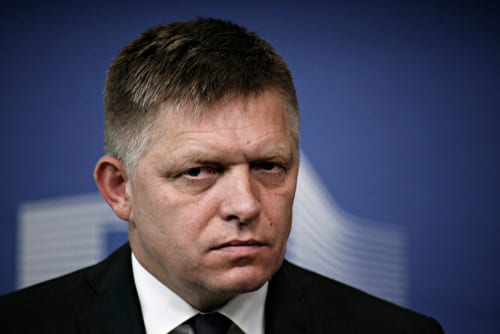 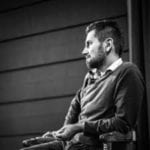 by Radovan Geist
Editor in Chief at EuractivSK

Slovakia was ripe for a political change. The era of Prime Minister Robert Fico (2012-2018), which started with a promise of a leftist corrective to liberal economic reforms, as well as the fight against corruption and oligarchic politics, ended with a culturally and politically divided country, threatened by corruption and rising extremism.

Low investment in education, innovation or the digital economy have undercut future prosperity. Despite the rhetoric of Fico’s Social Democrat Smer-SD party, social injustice, regional differences and exclusion of whole communities have deepened. A growing environmental debt will have to be paid by future generations. Substandard social services, ineffective public administration and widespread corruption were undermining people’s trust in the state and public institutions.

Considering all that, another victory of Smer-SD would have been surprising (and a telling evidence of the political impotence of the opposition). In the end, Smer-SD scored second, 7 points behind the main opposition party, the conservative populist OĽaNO (‘Ordinary People’) party. Smer-SD’s former coalition allies did not even make it into the new parliament.

“the fall of Smer-SD and the nationalists did not lead to the dramatic rise of the fascist Ľ SNS (‘People’s Party Our Slovakia’) or any of the extreme-right, antisystem parties that some polls had predicted “

There are two good news: the first one is the defeat of Smer-SD. It has never been a proper Social Democratic, progressive party, and in the end, it turned increasingly towards cultural conservativism, nationalism, xenophobia and even right-wing rhetoric. Together with its coalition partner, the nationalist Slovak National Party, it was dragging the country towards Orban-style politics.

Second, the fall of Smer-SD and the nationalists did not lead to the dramatic rise of the fascist Ľ SNS (‘People’s Party Our Slovakia’) or any of the extreme-right, antisystem parties that some polls had predicted – in the end, they scored 8 percent, similar to their previous result in 2016. The rise of the extreme right was checked. For now.

As for the rest, there is reason to be much more cautious.

Smer-SD was defeated by a motley crew of political parties, individuals and groups. Ideologically, it spans from centrist pro-Europeans, to moderate conservatives, ultra-conservative Christians, to Eurosceptic allies of Marine Le Pen and Matteo Salvini. Progressives are hardly represented – if at all. The future government will be oscillating around economic liberalism, cultural conservativism and a distrust for deeper European integration.

This does not sound like a beginning of a progressive change.

Besides the inherent instability of such a diverse grouping, one of the most important risks is that the new government will continue with three trends that were already dragging Slovakia off the European trajectory.

First, thanks to the strong positions of Christian-conservatives in the new government we can expect a renewed push for a stricter abortion laws, attacks against sexual minorities and multiculturalism. Liberal values and a wider interpretation of human rights will be portrayed as “threats to the national culture and values”.

In these debates, the European Union is portrayed as an external enemy by ultra-conservatives, nationalists and fascist alike. The difference will be in grade, not in substance. This threatens to aggravate cultural conflicts within the Slovak society and feed cultural Euroscepticism, dragging Slovakia towards the Polish path.

Second, while all opposition parties that are expected to form the new government coalition proclaimed the fight against corruption and strengthening the rule of law as their priorities, the political reality is likely to be more complicated. The de-politisation of the prosecutor’s office and the police, as well as the reform of the judiciary could be scuppered by conflicts between, or even within coalition parties. Boris Kollar, the leader of one of the political parties that will form the government, and a political ally of Le Pen and Salvini, is rumoured to have had contacts with the mafia in the past. Economic interest groups might have an interest in not untying the hands of the police to investigate all cases.

Finally, the defeat of Smer-SD is not enough to stabilise the country and heal the cultural and social divides. The system of oligarchs and their political allies, created in the economic transformation and privatisation process of the 1990s, and perfected by the governments of Robert Fico, has deep roots. Local oligarchs have now strong positions in a number of important economic sectors and the media. They will try to trade it for political influence with whoever holds political power.

The new government might try to curb on some of the more brutal aspects of the system: widespread corruption, or the influence of politicians (and even organised crime) on police and judiciary. But it will probably not address the roots of the oligarchic power. And that would mean a deepening of the injustice towards economically and socially disadvantaged people, excluded minorities, and a rising environmental debt.