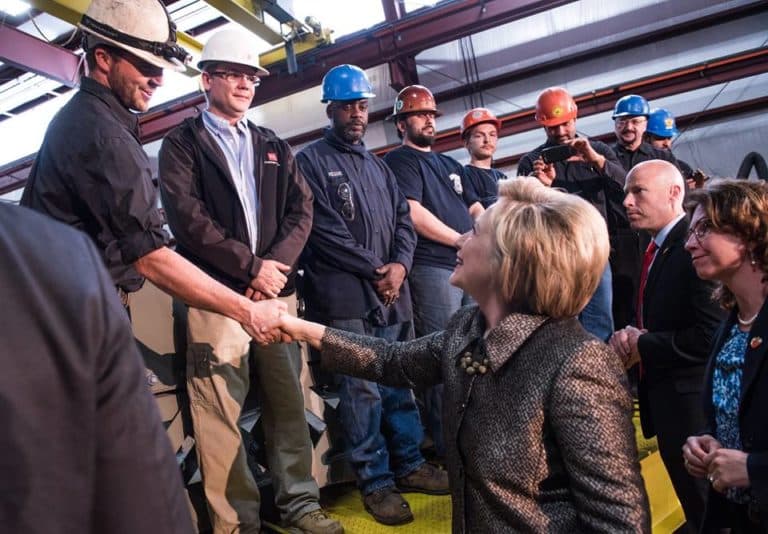 With the dust still settling from Super Tuesday, it is clear that there has never been a primary season like this. Having open primaries in both parties that did not feature a sitting Vice President is exceedingly rare, with the only other occurrence coming in 2008. Add in strong anti-establishment candidates on both sides, and this election season is genuinely unique. But the two types of anti-establishment campaigns are not equivalent in either substance or intent and it is important to understand the differences between them to properly evaluate the future direction of both the Democratic and Republican Parties.

Hillary Clinton won seven states plus the territory of American Samoa, including the four biggest contests of the day, Texas, Massachusetts, Georgia, and Virginia. Sanders held his own and won his home state of Vermont and three others. But it was the size of Clinton’s wins, besting Sanders by at least 30% in Texas, Georgia, and Virginia, that underscored the strength of her night, netting huge delegate margins over Sanders essentially ending the competition for the Democratic nomination.

Bernie Sanders’ long shot at the Democratic nomination now appears to be over, barring a total collapse from Hillary Clinton. It is virtually certain that he will continue his campaign for several more weeks, as he should given his financial resources and success so far. But Clinton’s lead in pledged delegates won in primaries is now larger than any lead Barrack Obama held over her in 2008 combined with the proportional distribution of delegates in all Democratic primaries, puts the nomination out of reach for Sanders.

Donald Trump dominated Super Tuesday, but his seven state wins and three other second place finishes only netted him a relatively narrow delegate lead on the night over Ted Cruz of less than 30. Cruz’s showing was stronger than expected, picking up his home state of Texas and two others, but it was not enough to keep him on the pace he needs to secure the nomination. Marco Rubio suffered a series of major setbacks in a terrible night for him even though he did pick up his first win in Minnesota. Trump most consequential victory came at Rubio’s expense in Virginia, and he won across the deep South and even in Massachusetts, commanding the media narrative.

Trump is dominating the race in every way imaginable. He’s way in front in the delegate race, he’s won the most states by far, he is leading in upcoming primary polls, he is far ahead in national polling, and his contemptuous style and propensity to unleash insults at all comers has now defined the kinds of campaigns his two closest—but still distant—pursuers are running.

The rules of the Republican primary campaign allow for a greater chance that a challenger can make up the ground in the later winner-take-all primaries. The strategy for stopping Trump now rests on preventing him from gaining the needed 1,237 delegates to claim the nomination on the first ballot at the Republican convention. This is a risky strategy of dubious merit, but it seems likely that Cruz, Rubio, and John Kasich will all be hoping to pick up a small number of wins in states that seem favorable to them in the hopes that their combined efforts can deny Trump the majority of delegates.

The next big primary is Michigan on March 8th, but the focus of the race now turns to Ohio and Florida on March 15. Each of those latter states is winner-take-all and are the home states of Kasich (Ohio) and Rubio (Florida). Both of them have to win their home states to maintain any viability in this race. Polls currently place both of them behind Trump, although Kasich is much closer in Ohio than Rubio is in Florida. Even if they both win, they would face an uphill climb to knock off the clear Republican frontrunner.