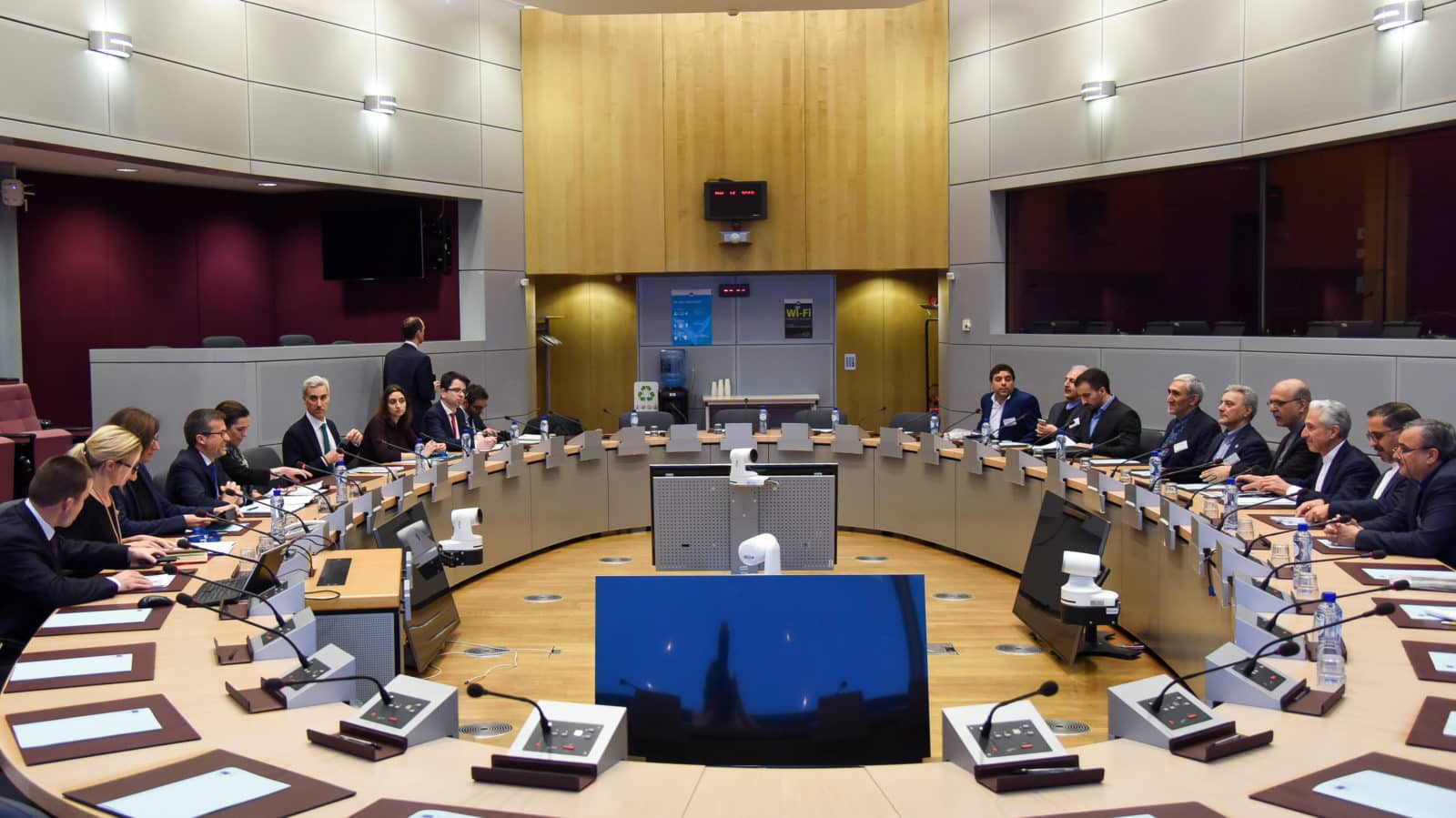 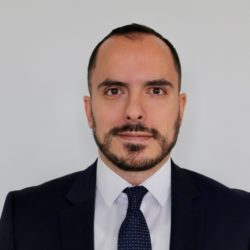 The taxi driver in Tehran was furious: “Where is the EU? We believed that you were strong enough to deliver on your commitments, but why are you not doing anything to stand up to Trump?”

From a European perspective, during this period, which is pregnant with queries about Europe’s ability to deliver on anything, this question came as a bit of a surprise. The rarity by which the European Union (EU) is held at such high standards internationally as to be considered a powerful actor capable of delivering results, especially in the face of US opposition, made this very sensible question even more striking.

It also made it particularly revealing.

Following the lead role that Europe took in the painstaking negotiations over Iran’s nuclear deal, otherwise known as the Joint Comprehensive Plan of Action (JCPOA), expectations were raised both about the role but also about the significance of the Union’s diplomatic weight and political will. Nonetheless, since the decision of the Trump administration to unilaterally withdraw from the JCPOA last year, the EU’s performance has been seen as profoundly lacking.

The sentiment of frustration that this has progressively developed within Iran is pervasive in most discussions, both at regime and street level. Because, for all the defiant rhetoric of resilience employed by Tehran over the past few months, Europe has been rightfully considered as the sole international entity that can safeguard the deal’s longevity. As the Trump administration’s myopic policy has unfolded and evolved, the onus de facto placed on European shoulders to defend the JCPOA against the reckless intransigence of the United States (US) has become increasingly existential for the deal’s future. All this, facing the simple fact that the Iran nuclear deal can survive an American withdrawal, but it cannot survive an Iranian one.

Facing this situation, three strands of thought among Iranian elites concerning Europe are identifiable. First, that the EU has the capacity to deliver on its commitments and offer Iran the economic benefits foreseen under the JCPOA, but it does not have the will, having decided to divide the ‘labour’ of pressuring Iran with the US, with Europe seeking to keep Tehran within the JCPOA while the US applies pressure on all other matters. Secondly, the EU is perceived as having the will but not the capacity, given its dependence on Washington, primarily in the security and defence domains. The third and final line of thinking views the EU as having both the will and the capacity, but needing more time to act.

For all intents and purposes, this third conceptualisation has defined the Iranian calculus so far. This approach has materialized in a measured response of releasing a series of ominously vague statements (and flexing some military muscle), but – crucially and certifiably – not violating any of the commitments undertaken in the nuclear accord.

Recent polls showing overall support has fallen to just 51% and with only 43% of Iranians believing that Europe will stand by its commitments under the nuclear accord (a drop of 17% compared to January 2018).

The hitherto exhibited restraint by the Iranian regime has been all the more remarkable given Washington’s policy of ‘maximum pressure’ towards Iran, culminating in the ill-conceived and badly implemented Warsaw summit last week, and the relative complacency shown by European states to walk the walk when it comes to supporting the agreement’s fundamentals on a non-rhetorical level.

It is now clear that this policy approach, which is contingent on the presupposition that Europe simply needs more time, is reaching its limits. This is not only due to the fact that a lot of time has passed and the steps already taken by Europe have evidently not lived up to the nuclear accord’s stipulations. It is also inextricably linked to a series of domestic Iranian factors.

On the one hand, as the promised benefits brought by the JCPOA are increasingly perceived as a mirage, the societal dynamics around the deal are shifting. Recent polls showing overall support has fallen to just 51% and with only 43% of Iranians believing that Europe will stand by its commitments under the nuclear accord (a drop of 17% compared to January 2018). On the other, the prospect of the Iranian regime and the Rouhani government sticking by a moribund deal with no tangible returns for them becomes even more remote if one takes into account the upcoming 2020 legislative election in Iran. With this deadline fast approaching, assuming a (much) more aggressive stance vis-à-vis the JCPOA will cease being simply a matter of choice by the country’s political forces in power, but will be a necessity, contingent on the will of Iran’s increasingly disgruntled society.

Where does this leave Europe?

Pressed by time, facts and the very need to preserve even a semblance of ability to defend the Union’s economic and political interests and integrity, the culmination of European reactions to this very difficult equation has been the creation of the Instrument in Support of Trade Exchanges (INSTEX), a special purpose vehicle aimed at helping facilitate trade with Iran, against the backdrop of US secondary sanctions. This has followed months of speculation and technical work, with France, Germany and the United Kingdom (the so-called E3 countries) formally registering this vehicle on January 31st.

The establishment of INSTEX was welcomed by Iran but has been treated as nothing more than a step in a long process, with Mohammad Javad Zarif, the Iranian Foreign, calling it precisely that, “a long overdue first step”. Conversely, the Trump administration and the Iran hawks in Congress will most likely try to strangle the vehicle in its cradle and the Poland-US Summit in Warsaw demonstrated a clear intention, or at least ambition, to pursue this goal.

It is also a signal of painful, but real readiness to break the long-established auto-pilot mode of operation in transatlantic relations.

In any case, and until the many unknowns about INSTEX, including specifics about its mechanics and operationalization, become clearer, there are two important points that need to be underlined when assessing Europe’s response.

First, the importance of Europe taking this small, but notable step of establishing INSTEX should not parsed for nothing. In both symbolic and substantive terms, this move represents serious political commitment to tangibly go where Europe has rarely, if ever, gone before; establishing an instrument that for all intents and purposes directly contravenes US interests. This is not just a sign of how distrustful the EU is of the current US administration. It is also a signal of painful, but real readiness to break the long-established auto-pilot mode of operation in transatlantic relations.

The second point follows directly from the first: Europe asserting real agency on its relationship with the US will be a lengthy process and, due to this, the copious work that has gone into establishing this special purpose vehicle despite vehement US opposition is very likely to prove insufficient to salvage the JCPOA. Even combined with previous measures taken by Europe, such as the revival of the EU blocking regulation, it is extremely difficult to see how the vehicle’s impact and scope will amount to the level of relief Tehran expected to reap under the deal. This is the reason why, as we have argued elsewhere, INSTEX cannot represent the entirety of concrete proposals and schemes Europe is to put forward to keep Iran ‘in’. In addition to other such concrete steps, this approach needs to be urgently complemented by two other crucial elements, unity among its member states, and principled, actionable opposition to US policies.

Yet, for obviously different reasons, the tragedy of the moment is that neither Tehran nor Washington have the patience to watch Europeans flesh out an autonomous policy of providing comprehensive safeguards for the deal and create the toolbox and the mind-set to see this policy through.

Therein lies the core of the predicament that the EU finds itself in – even with the creation of INSTEX, Europe will be seen as under delivering by the Iranians (all steps take so far are not enough to preserve the nuclear accord) and over delivering by the Americans (steps taken so far exceed what is acceptable).

Ultimately, INSTEX constitutes a notable step forward for Europe, but a largely insignificant step for the JCPOA, if not amplified by a series of other measures; it will not suffice to keep Iran ‘in’, even if all actions undertaken in Paris, Berlin and London, and above all in Brussels, will signify an unprecedented shift in the relationship between Europe and the United States. This might not be a satisfactory answer to give to the taxi driver in Tehran, but it perhaps is the most accurate one that Europe can give at present.