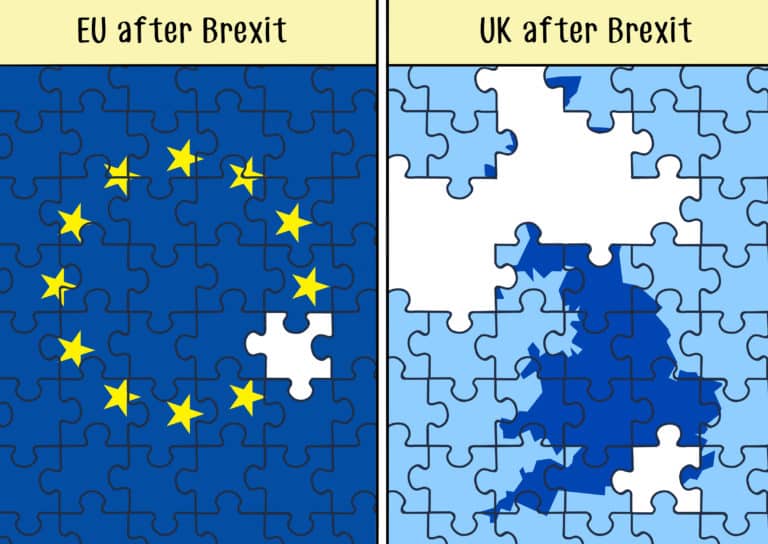 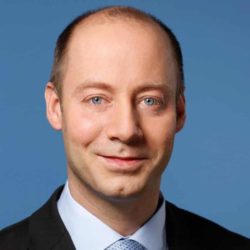 by Arne Lietz
Member of the European Parliament

At first sight, it seems obvious that the EU would be weakened as an international player as the result of “Brexit”. Great Britain is a key player in EU foreign policy thanks to its size, economic performance, and military strength. It has also positively served as transatlantic bridge between North America and Europe.

As a permanent member of the UN Security Council, it can speak on behalf of the Union at the United Nations. Furthermore, Great Britain is a progressive force in climate diplomacy and development cooperation: it is the second largest donor of development aid after the United States and the only country in the world that has introduced legislation committing to pay 0.7% of its GNI on development aid.

Nevertheless, Brexit also provides an opportunity to strengthen the EU as a foreign policy actor, as it would make a reform of the Common Foreign and Security Policy (CFSP) and Common Security and Defence Policy (CSDP) more likely. It is in this policy area that British Governments have consistently blocked any initiatives aimed at furthering integration in the past. Now former UK Prime Minister David Cameron expressed his country’s outright opposition to a stronger European foreign policy after striking a deal with the EU, which he hoped would convince his fellow citizens that Great Britain should stay in the EU.

Those EU member states that used to hide behind or emulate the UK’s anti-integration stance in the European Council now have to take a clear position.

“Likewise, we have established once and for all in international law that Britain’s national security is the sole responsibility of the British government – so, for instance, we will never be part of a European army.”

Several strategy and position papers, which I will briefly present below, discuss the consequences of a possible Brexit with regards to the EU’s security and defence policy.

Green light for an integrated European security and defence policy

Just a few days after the Brexit referendum the High Representative of the Union for Foreign Affairs and Security Policy presented a “Global Strategy” to the EU Heads of State and Government. The paper is Federica Mogherini’s response to the “existential crisis of the EU”. The crisis has been worsened by the decision of the British citizens to leave the European Union, while also representing an opportunity for the EU to reform the CFSP and CSDP. The High Representative calls for a “strong Union” (…) that thinks strategically, shares a vision and acts together.” Those EU member states that used to hide behind or emulate the UK’s anti-integration stance in the European Council now have to take a clear position.

When doing so, they should take into account that Europe’s citizens are largely in favour of a truly European foreign policy. According to a Eurobarometer poll form June 2016, half of them would like the EU to intervene more than it currently does. 66% are in favour of a bigger role for the EU in the field of security and defence. Consequentially, we should use the possible exit of Great Britain from the EU to reform and strengthen the Common Security and Defence Policy.

Concrete proposals for reforming the CFSP and CSDP

In the joint paper titled “Founding Europe again” the president of the European Parliament, Martin Schulz, and the president of the Social Democratic Party of Germany (SPD), Sigmar Gabriel, call for a deeper integration in European foreign policy. Another joint paper by the foreign ministers of Germany and France, Frank-Walter Steinmeier and Jean-Marc Ayrault, which is titled “A strong Europe in an insecure World”, goes in the same direction, giving numerous concrete examples to illustrate how a reformed CFSP/CSDP could look like. As such, Steinmeier and Ayrault propose that the EU develop a common analysis of its strategic environment and a common understanding of its security interests, while highlighting that there are different levels of ambition among the member states. As a consequence, more ambitious member states should be free to develop a more integrated foreign and security policy that makes use of all available means.

I agree with Steinmeier and Ayrault that reforms should not only serve to strengthen defence-related aspects of CSDP, but also enhance the EU’s capacities in the field of conflict prevention and crisis response.

The foreign ministers recommend that groups of member states work together more closely on defence in the framework of the “permanent structured cooperation”, which is already foreseen in the EU Treaties. Their proposal to introduce a “European semester for defence capabilities” that would create synergy among national capability development processes and help member states in setting priorities, also aims at further integration in CSDP.

Likewise, Mogherini’s Global Strategy proposes gradual “synchronisation and mutual adaptation of national defence planning cycles and capability development practices.” I agree with Steinmeier and Ayrault that reforms should not only serve to strengthen defence-related aspects of CSDP, but also enhance the EU’s capacities in the field of conflict prevention and crisis response. This corresponds to Mogherini’s statement in the Global Strategy that in the future, the EU will be active “at all stages of the conflict cycle, acting promptly on prevention, responding responsibly and decisively to crises, investing in stabilisation, and avoiding premature disengagement”. She further stresses that the EU is the best in the field of “soft power”, but that it must also be prepared to defend its member states against external military threats, despite NATO remaining the principal guarantor of security for most of them.

According to Mogherini, the EU should cooperate closely with NATO and aim to convince the latter to use dialogue in its dealings with countries such as Russia, while continuing to use deterrence. In the same vein, the EU should cooperate more closely with organisations such as the OSCE, in order to defuse conflicts. The German presidency of the OSCE this year has given similar impressions.

I am in favour of integrating national armament policies and exports, and of conceptually using them as instruments of a European foreign policy. It also makes sense to coordinate investment for security and defence and to provide public financial support for defence research at an EU-level, as has been proposed by Steinmeier, Ayrault, and Mogherini. However, this needs to be linked to a changed approach to exporting weapons and defence equipment to third countries – an approach that uses such exports as a political instrument and does not aim at maximising economic gain.

In Germany, the discussion on the future of European security and defence is also in full swing. In the ongoing discussions on the upcoming White Book on Security Policy and the Future of the German Armed Forces, “pooling and sharing” of capabilities at the EU-level is a central theme. This is positive, as it would increase the interoperability of Europe’s national armed forces and weapons systems without increasing national budgets through parallel defence research.

The call for an EU headquarters for civilian and military CSDP missions and operations, which can be heard in the discussions about the White Book, were already included in the “Position Paper on Europeanising the Armed Forces” of the Security and Defence Working Group of the SPD from November 2014. Steinmeier, Ayrault, and Mogherini all call for the creation of such a civil-military planning and conduct capability as well – an idea that Great Britain repeatedly prevented from materialising in the past. It is important to stress in this regard that given the CSDP’s focus on conflict prevention and crisis response, an EU headquarters would not mean a replication of NATO structures, as has been claimed by the detractors of this idea.

The aforementioned reform proposals should go hand in hand with an institutional strengthening of CFSP/CSDP. I support the proposition of the German and French foreign ministers that the European Council and the Council of Ministers should focus exclusively on security and defence at least twice per year. This proposal has also already been called for in the SPD position paper mention before. I think it makes sense to put this idea on the agenda once again in the context of a possible Brexit.

he aim is not to cut back on the competences of the national parliaments, for instance when it comes to authorising the sending of military forces to take part in CSDP missions.

Interestingly, neither the Global Strategy nor the paper of Steinmeier and Ayrault discuss the role of the European Parliament. This is regrettable, as a stronger parliamentary involvement is needed to give legitimacy to the proposed reforms. One way to realise this could be – as has been proposed in the SPD position paper – to turn the Sub-committee on Security and Defence (SEDE) of the European Parliament into a full-fledged committee. The aim is not to cut back on the competences of the national parliaments, for instance when it comes to authorising the sending of military forces to take part in CSDP missions. Rather, the European Parliament should be strengthened so that it can shape and control common policies on weapons exports, EU-supported defence research, or CSDP missions and operations in a democratic way. In addition, we should upgrade formats like the Interparliamentary Conference on CFSP/CSDP, where Members of the European Parliament and their peers from the national parliaments of the member states come together to discuss foreign affairs and security policy.

To achieve this upgrade of the European Parliament, a change of the EU Treaties is needed, which requires an agreement among all EU member states. It is not clear that Great Britain’s exit from the EU would clear the way for such a step, but it would at least weaken the group of countries that has been opposing any integration in the field of CSDP in the past.