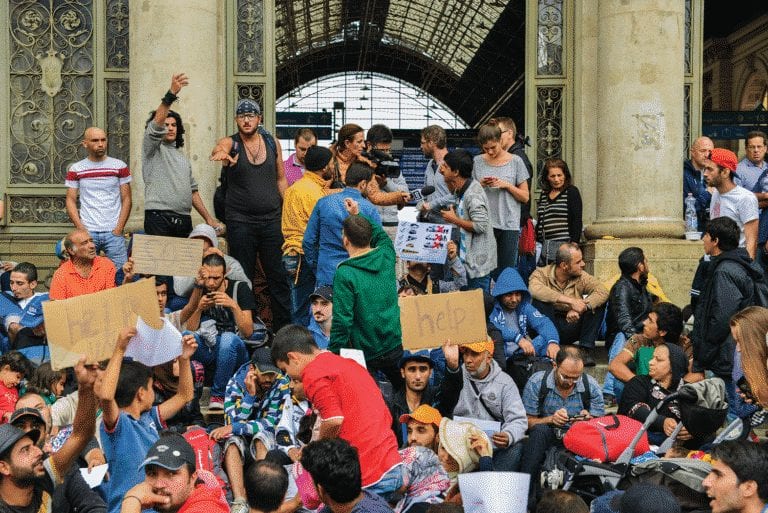 On 25 March 1957, six Western European countries started the process of European integration when, drawing upon the lessons of two world wars, they signed the Treaty of Rome. Their goal was to prevent further destruction by strengthening their interdependence and accepting a system of common values. One element of this value system was their commitment to peace and democracy – two values strongly connected to each other.

With the establishment of the European Economic Community on 1 January 1958, new horizons opened up for the economic and social development of the continent. The internal single market has gradually developed, a common judicial system was established (based on the aforementioned common values), and rules for the operation, deepening and expansion of integration were established. The Treaty of Rome has been amended multiple times since, but democracy, freedom, constitutionality and solidarity have remained its basic values.

Democracy was a basic criterion for accession. The entry of Greece, Spain and Portugal took place only after dictatorships were eliminated in those countries. The political transformation of 1989-1990, the elimination of the one-party system and the establishment of the democratic, constitutional state and market economy were key steps in making accession possible for countries that formerly belonged to the Soviet bloc.

I would like to briefly sum up the journey that my own country, Hungary, took to join European integration. The revolution of October 1956 was a clear sign that Hungarians demanded freedom, independence and democracy. Although the revolution was oppressed by the Soviet army, some small reforms in economic and cultural policy were introduced by the end of the 1960s. At the beginning of the 1980s, using the opportunities set by the Helsinki Conference in 1975 and the agreements accepted there, along with the fall in tension between the two opposing political, economic and military systems, Hungary started a careful opening up to the Western democratic countries. The globally accepted peak of this overture was the dismantling of the Iron Curtain and the opening of the Hungarian-Austrian border on 9 September 1989. This made it possible for the more than 60 thousand East-German citizens located in Hungary to move to the Federal Republic of Germany through Austria. The Hungarian decision contributed to the fall of the Berlin Wall and the integration of the two German states in October 1990. With these acts, Hungary proved its commitment to democracy, freedom and political transformation, making it easier for the country to later join the European Union.

European integration was so attractive that after the accession of 9 Western European countries, the European Union accepted 8 countries on 1 May 2004 and 2 more countries in 2007 from the former Soviet bloc. The vast majority of the general public in all of the newly integrated countries was in favour of this accession. Although there was later a certain level of disappointment in most of the new Member States, the membership of each country is still supported by the majority of their populations; even in Hungary, where Orbán’s government has been leading a tough campaign against the European Union and its leaders – a campaign based on falsehoods. It is also a problem that in those countries which belonged to the Soviet bloc for decades, democratic traditions have not developed in the same way as in Western European countries.

Despite a promising start following integration, tension between Hungary and the European Union has become permanent ever since Orbán took office in 2010. Before the 2010 election, he made it clear that his goal was to establish a central political field in which a single, great and strong governing party would be able to make any important decisions that needed to be taken without any so-called unnecessary debate. This “democracy without debate” – in the name of which Orbán dismantled the system of brakes and counter-balances necessary to democracy, limited the power of the constitutional court, the independence of jurisdiction and the freedom of the press – does not conform with the values of the European Union.

Over the past seven years, there have been several conflicts between the leaders and institutions of the European Union and Orbán’s government. Any comment regarding the violation of the values, standards and rules of the European Union is conveyed as an attack against the sovereignty of Hungary. The government of Orbán has been condemned by the European Commission several times for failing to meet its obligations. The European Parliament has also made its dissatisfaction clear several times due to violations of the Union’s key principals and values.

The most severe conflicts between Orbán’s government and the European Union have arisen as a result of the migrant crisis. The government refused all community-level solutions and pushed only national ones. Viktor Orbán talked about conspiracy between the leaders of the Union, the government of Obama, György Soros, certain NGOs and human traffickers. He accused the European politicians who criticised him of betraying Europe and inspiring the mass inflow of Muslim “migrants”, while positioning himself as the champion of a Christian Europe. Several member states of the European Union objected to receiving refugees and the application of the mandatory quota. However, only the government of Orbán has called for a referendum, which ultimately resulted in a failure for them. Among the Member States of the European Union, only the government of Orbán led a billboard campaign based on false statements, igniting hatred against refugees.

The leadership and institutions of the European Union have played an important role in developing integration in recent years. However, Viktor Orbán is attacking the European Union with ever-increasing drive. He made his rudest outburst against the European Union at the beginning of February, during a conference held in remembrance of the economist and professor Sándor Lámfalussy, who recently passed away in Belgium, the creator of the Euro of Hungarian descent. He claimed that the Union is sinking and that its influence in the world is decreasing. The goal was to significantly strengthen national authority at the expense of communal aspects. Referring to the US president Donald Trump, he said that the interests of the Member States were more important than those of the community. He also praised the illiberal states – Russia, Turkey, Azerbaijan and Kazakhstan – to the detriment of the Western European democracies. He made it clear that he supported the populist gaining strength in some of the Western Member States. He repeated these statements a few days later in Brussels, at an event co-hosted by the Antall József Foundation and the Konrad Adenauer Foundation.

Ever since the signing of the Treaty of Rome 60 years ago, European integration has played a significant role in maintaining peace and strengthening the economic and social development of the Member States, reinforcing democracy and constitutionality and tackling the regional and global challenges of the continent. The continuation of this process is not only in the interest of the Member States, but also of the continent and the world as a whole. In order to achieve this goal, it is essential that the supporters of democracy stand together and that populist politicians and parties are unveiled and isolated. The governments of the Member States need to stop thinking of their countries’ success as products of their sole endeavors while accusing the institutions of the European Union for any difficulties they encounter. In this context, it is important to improve the communication of the representation of the European Commission in the Member States. This is the goal that socialists have set themselves in Hungary.