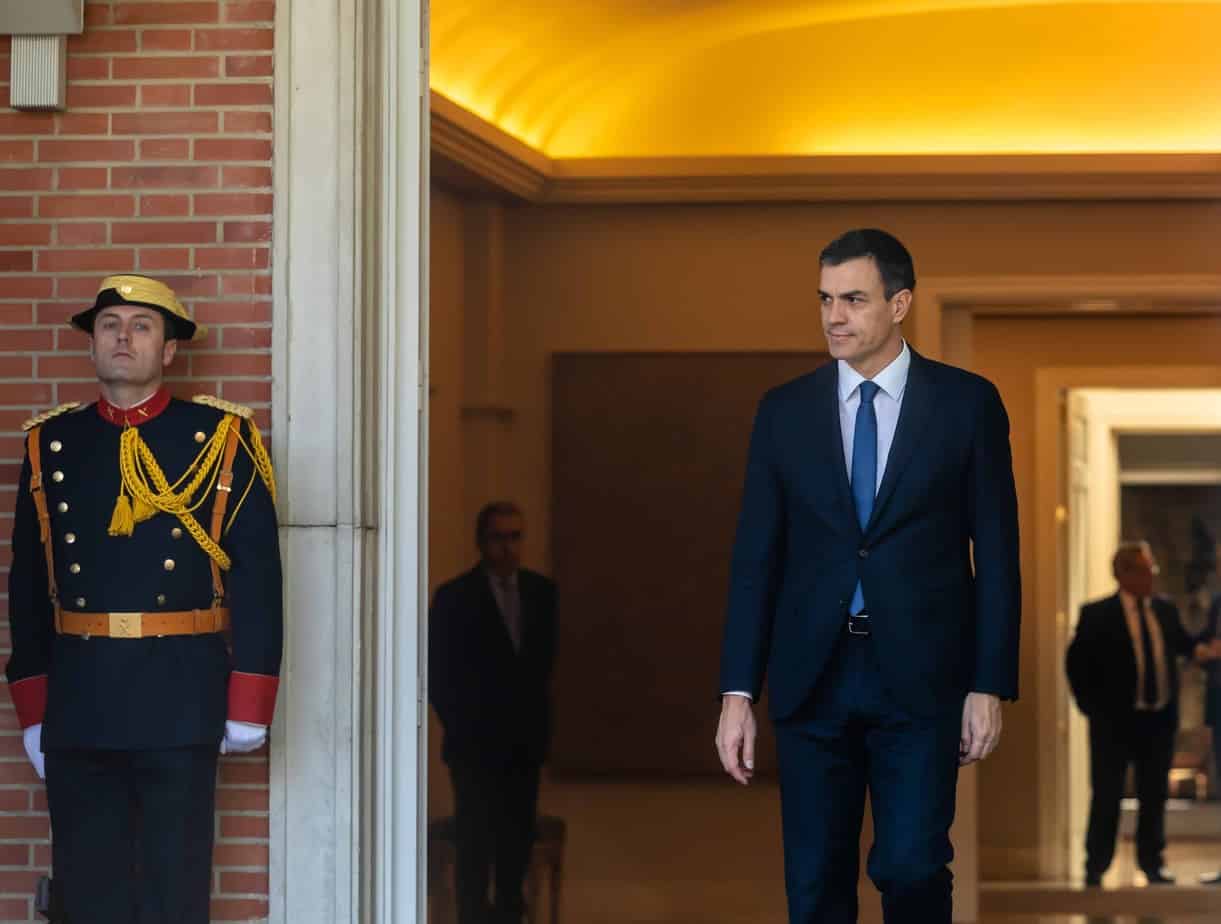 Only three weeks ago, the polls placed the PSOE as the fourth political force, behind Ciudadanos, Podemos and the People’s party (PP), and Pedro Sánchez’s leadership faded. However, on 24 May an event occurred that would precipitate the developments that have turned the whole Spanish political landscape on its head in just one week.

On 24 May, the National High Court condemned several PP politicians and the actual party in one of the numerous corruption cases it has open. This judgment confirmed what many citizens suspected: that the PP has profited from and illegally financed its election campaigns. It also unleashed a series of events that Mariano Rajoy could not have imagined when only the day before he managed to get the budgets approved in Congress which ensured his presidency until the next elections in 2020.

Against this backdrop of widespread outrage, the first party to take a step forward in order to attempt to oust the PP from power was the PSOE through a no-confidence motion, in other words, that Congress removes it confidence from the president of the government and forces his resignation. The no-confidence motion is constructive in Spain because the group that raised it proposed, in turn, a new president of the government that should be supported by an absolute majority (176 of 350 deputies). It should also be continuist because it should not mean that the elections have to be brought forward but rather continue unaltered on the election calendar. This was the fourth motion that has been submitted in 40 years of democracy and none thus far had got through.

Hence, Pedro Sánchez started a movement that had never before been successful, but it could yield him political gain in the medium term by being able to position himself as a presidential hopeful and raise the PSOE in the polls.

The first no-confidence motion in our young democracy was in May 1980. It was submitted by the Socialist parliamentary group against the government of Adolfo Suárez, the proposed candidate was Felipe González and, although he lost, it was seen by the public as an alternative government and it won the election two years later. The second no-confidence motion was submitted by the Alianza Popular (Popular Alliance), the former brand of the People’s party – against the socialist government of Felipe González in March 1987. This no-confidence motion was submitted just a month after the debate on the state of the nation in which the new president of Alianza Popular (AP), Antonio Hernández Mancha, had not been able to take part as he was not a deputy. One of the reasons for encouraging it was precisely to get to know the new leader of the AP, but the motion served as a trampoline for Felipe González and for Hernández Mancha it meant his political grave as two years later the party would be re-established naming José María Aznar as new leader. The third no-confidence motion was submitted by Pablo Iglesias of Unidos Podemos against Mariano Rajoy with the knowledge that he did not have the necessary support in June 2017 to turn Podemos into the main opposition party and ceded the ground to the PSOE.

Hence, Pedro Sánchez started a movement that had never before been successful, but it could yield him political gain in the medium term by being able to position himself as a presidential hopeful and raise the PSOE in the polls. The move has paid off nicely. What had changed?

Following the elections in December 2015, Pedro Sánchez, with 90 deputies -the then worst result for PSOE in an election- attempted to be inaugurated with Ciudadanos as Podemos refused to support him on the grounds that it expected him to fail and to overtake him in the next elections. Following the elections in June 2016, which saw even worse election results however he was not overtaken by Podemos, in view of the impossibility of reattempting an inauguration, harshly criticised by several sectors of PSOE and given the pressure to allow the inauguration of Mariano Rajoy to avoid the country shutting down or having another election, something unprecedented in Spain, he resigned both his position as general secretary of PSOE and as deputy.

Nevertheless, the political context was now different: there had been a court judgment condemning the PP and Rajoy’s credibility was questioned, the actual president of the government who was summoned as a witness. It was the last straw in the corruption that had stalked the party of government for years and tested the patience of the other parties requesting a response from Rajoy that never came.

Pedro Sánchez challenged the PP with an audacious motion that would end up in an unexpected checkmate for Rajoy and his government. However, as he had also not negotiated with the other parties beforehand, he avoided getting embroiled in discussions that would lead nowhere and, in this way, raised the motion in terms of support or otherwise for a corrupt party that would cause each one to redefine their position.

Furthermore, there is a whole epic tale and even poetic justice in Pedro Sánchez’s masterstroke: he resigned as deputy and general secretary of the PSOE in order not to facilitate the inauguration of Rajoy and he returns after having been re-elected as leader of the party and without being a deputy in order to oust him.

This no-confidence motion, and the first that has got through, is now another record in forty years of Spanish democracy. Pedro Sánchez is the first president who is not a deputy, the first to do so without having won an election and is the president with the least parliamentary support.

Once Pedro Sánchez has been inaugurated, his main challenge will be how to keep an alliance together which is difficult to manage with Podemos and the nationalist parties of Catalunya and the Basque Country, what some have described as the “’Frankenstein” coalition, following in the wake of what others have called “geringonça” government of Antonio Costa in Portugal.

The fact is that, with only 84 deputies of the 350 that make up Congress, very far from the 176 that means a parliamentary majority, with the Congress table against, the Senate with an absolute PP majority, the announced opposition without concessions from said party and the pressure from both Podemos and Ciudadanos with an eye on general, local and regional elections being called and European elections on 26 May 2019, Pedro Sánchez’s journey as president will not be easy. However, even if there is a certain amount of uncertainty, Spain is still not Italy.

it has communicated a feminist and pro-European message to society, a message built on moderation and institutional stability seeking the confidence of the financial markets and Brussels<

We can get a sense of how Sánchez’s mandate will be from his initial decisions. Casting a glance at the appointments of his ministers, it has communicated a feminist and pro-European message to society, a message built on moderation and institutional stability seeking the confidence of the financial markets and Brussels, and, specifically, of being in no hurry to call an election in the short term, although he has asserted that he will do so before the end of this legislature.

We will see if he governs by decree and gesture politics by abolishing the much-criticised “Gag Law” (wherein offenses against freedoms such as freedom of expression, information or protest are declared) or labour reform, or whether unblocking the complex situation in Catalunya, thereby demonstrating that dialogue can achieve real results, and rebuilding bridges with all the victims of the PP’s policies, as well as other social winks and nods, such as the creation of a High Commissioner for child poverty, will be sufficient to regain the confidence of the electorate.

Managing is not just communicating. In order to govern, it is not enough to win the image battle, but Pedro Sánchez has had the best possible chance to showcase himself in order come out stronger in the next elections and remain La Moncloa, winning the elections this time. There is no doubt that Pedro Sánchez is facing his best opportunity.