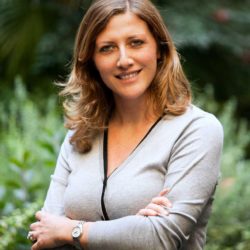 The key objective of Permanent Structured Cooperation (PESCO) is threefold: to facilitate and provide incentives for willing and able EU Member States to plan together, invest together and operate their forces together. Only if properly implemented can it be the way to make the EU a credible and unitary security actor and pave the way towards a real European Defence Union.

Permanent structured cooperation (PESCO) is a ready-made instrument for further integration in the field of defence, as enshrined in articles 42(6) and 46 of the Treaties on the European Union. Initiated by a joint notification by 23 EU Member States on 13 November 2017, it was formally launched by the Council on 11 December and now has 25 EU countries taking part in it.

Cooperation in the investment and planning process would also work in favour of enhanced operational capacities of MSs to conduct joint missions aimed at performing Common Security and Defence Policy tasks.

The key added value of PESCO is the commitment of Member States to coordinate their national planning processes so that they will in the future converge towards more coherent European planning. In this regard, it is important to make sure that PESCO planning takes into account the CARD (Coordinated Annual Review on Defence) process led by the European Defence Agency (EDA), which should facilitate coordination among Ministries of Defence of their national planning processes. Investing together is a somehow residual element of PESCO, as Member States have been doing it on a bilateral, minilateral and multilateral level for decades (i.e. Eurofighter), and most recently also in the framework of the EDA. Therefore, PESCO can be considered as an additional stimulus in this field. Even more so if we consider that the EU will be equipped with an additional financial instrument, the European Defence Fund (EDF) launched by the European Commission to finance research in the military field and co-finance cooperative development projects in the EU. Further cooperation in the investment and planning process would also work in favour of enhanced operational capacities of MSs to conduct joint missions aimed at performing Common Security and Defence Policy tasks.

Only a few initiatives related to combat capabilities have been included in PESCO in this initial phase, namely the Indirect Fire Support and the Multi-role Infantry Fighting Vehicle.

Among those tasks, the initial projects that will be developed in the framework of PESCO will focus mainly on support (i.e. a network of logistic hubs in Europe and new systems of energy supply for camps and soldiers), communication (i.e. common technologies for European military radios and an information sharing platform for cyber threats and incident response), train- ing (i.e. a European Training Mission Competence Centre and Certifications Centre for European armies) and enabler capabilities (i.e. a project on military mobility to facilitate cross-border military transport procedures and a Strategic Command and Control System for CSDP missions). Only a few initiatives related to combat capabilities have been included in PESCO in this initial phase, namely the Indirect Fire Support and the Multi-role Infantry Fighting Vehicle. Border management functions are addressed mainly in the maritime domain through cooperation in harbour and maritime surveillance and protection. In terms of expeditionary capabilities, the EUFOR CROC (Crisis Response Operation Core) is designed to enhance military force generation for crisis management operations. It is clear that all of these projects could have been implemented by EU Member States outside the framework of PESCO. Moreover, as it appears from this mapping, PESCO still lacks projects for the development of high-end capabilities such as sixth generation fighter or a new Main Battle Tank, which might be developed by France and Germany on a bilateral/ multilateral setting.

European Defence Union in the making

Beyond projects, the success of PESCO should ultimately be judged against its capacity to produce coordinated planning in the field of defence and introduce an additional avenue for enhanced integration among willing and able Member States in Europe. As a long-term process aiming at consolidating cooperation and triggering integration among Member States, PESCO should also help frame a European pillar within NATO. As such, it could reinforce and rebalance the European contribution to the Alliance, as has been requested many times – and more vocally by Donald Trump – by the US. If properly implemented, PESCO could be the way to make the EU a credible and unitary security actor and to pave the way towards a real European Defence Union.