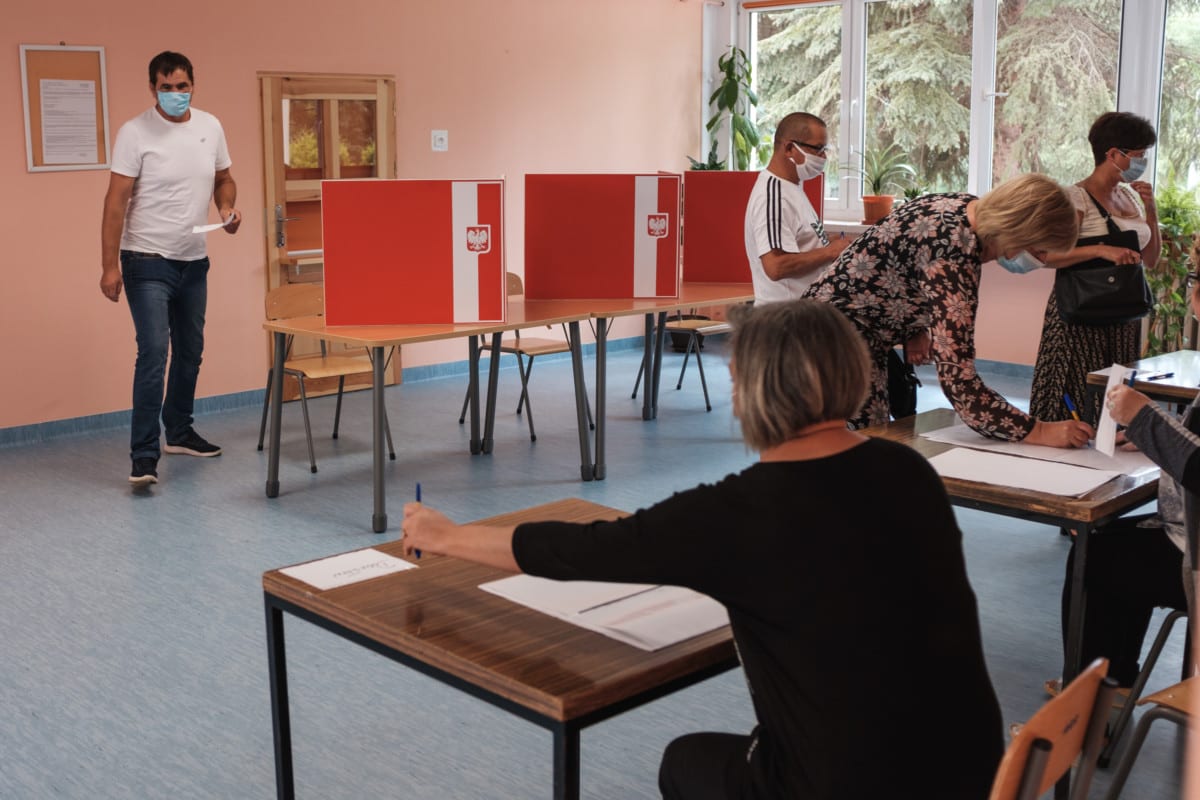 The past presidential campaign was the longest in the history of the sovereign and democratic Poland. Due to the coronavirus pandemic, the change of the election date and the number of candidates running, we can say that it was one of the most unusual and unpredictable political events of the last 30 years. One thing that was predictable was the fact that the incumbent President Andrzej Duda, associated with the ruling party Law and Justice (PiS), was a favourite in this election and that he and his camp did not play fair.

What was at stake was the stability of the government and the guarantee that no one would stand in the way of further illiberal reforms, which were to carry out a kind of national-conservative revolution in Poland.

The current “first citizen of Poland” won with the help of the entire state apparatus, public media, a loyal and well-organised party and one of the most professional staffs in recent decades. Bearing in mind that he won only by a very minimal margin against his rival Rafał Trzaskowski, it can be said that during his first term in office he was not, like Aleksander Kwasniewski, ‘the president of all Poles’. He divided Polish society, signed harmful laws, bent the rules of a democratic state of law to pursue the interests of his right-wing political camp. Despite this, he won, both in the first and second round, defeating the vice-president of the Civic Platform (PO) and the European People’s Party.

Donald Tusk’s party lost the sixth election in a row, proving once again that for the last six years there was no way to defeat Jarosław Kaczyński’s party. PO still stands up for many neoliberal principles, which for more than half a decade have been widely rejected by Poles in every election. Having to choose between “freedom” (economic for few) and “security” (social for many), the vast majority of people chose the second over the first – and the real leader of Poland, Jarosław Kaczyński, is well aware of this.

“Having to choose between “freedom” (economic for few) and “security” (social for many), the vast majority of people chose the second over the first”

The dispute between the social illiberalism of PiS and the declarative democratic neoliberalism of the PO once again took the political oxygen away from almost all parties which are not taking part in this devastating war between two right-wing parties. It also affected Polish Social Democracy and its presidential candidate Robert Biedroń. 2.22 per cent for the left-wing candidate is a drastically bad result, which requires a critical assessment and an attempt to answer how this disaster could have happened.

Last year’s parliamentary elections, which ended with a result of 12.56% for the combined progressives forces, were crucial for the Left, including the Democratic Left Alliance (SLD), Spring Party (Wiosna) and Together Party (Razem). After all, it depends on the presence in the Sejm – the lower house of parliament – whether a given political force is treated seriously. A lack of parliamentary representation means a lack of influence on legislation, on public discourse, and it means that there are no opportunities to participate in major television and radio programmes.

The return of the Left to the Sejm last October, in a strong third position, with more than two million voters’ support, was a momentous event, paid for by the great effort of many years of hard work, in political parties, in the field, in local governments, in the activities of think tanks, progressive foundations, associations and trade unions.

The left was therefore running for the presidential election with the conviction that the most important election was already behind them and that the goal which until recently seemed impossible was already achieved. But then the problems started. After the parliamentary elections, none of the leaders of the “united” Left announced their willingness to run in the presidential elections.

“After the parliamentary elections, none of the leaders of the “united” Left announced their willingness to run in the presidential elections”

In the end, Robert Biedroń embarked on the mission to run in elections in which he simply could not win. In Additions, he had problems with credibility (he did not relinquish his mandate in the European Parliament, despite earlier announcements that he would do so), with the language he used in the campaign, with the campaign priorities, prioritising church separation issues over the coronavirus pandemic, and with the coronavirus pandemic, which made it impossible to run a normal election campaign for many weeks.

After Andrzej Duda’s victory, Poland awaits 3.5 years of relative peace without elections. However, it will be the time of the second phase of the PiS’ illiberal revolution, during which the Polish Social Democracy will have to answer the question who it wants to represent permanently and where to stand in the dispute between the Law and Justice party and the PO. The “liberal” camp will want to push the Left towards the PiS at every opportunity, to deprive it of its voice, its right to its own opinion, its own ideological and symbolic identity, as it has been doing for many years. Whether Polish Social Democracy decides to take an independent course, keeping an equal distance to PiS and PO, will determine its future in the 2023 parliamentary elections. Either the Left will be independent, courageous and credible – or, simply, it will not be!