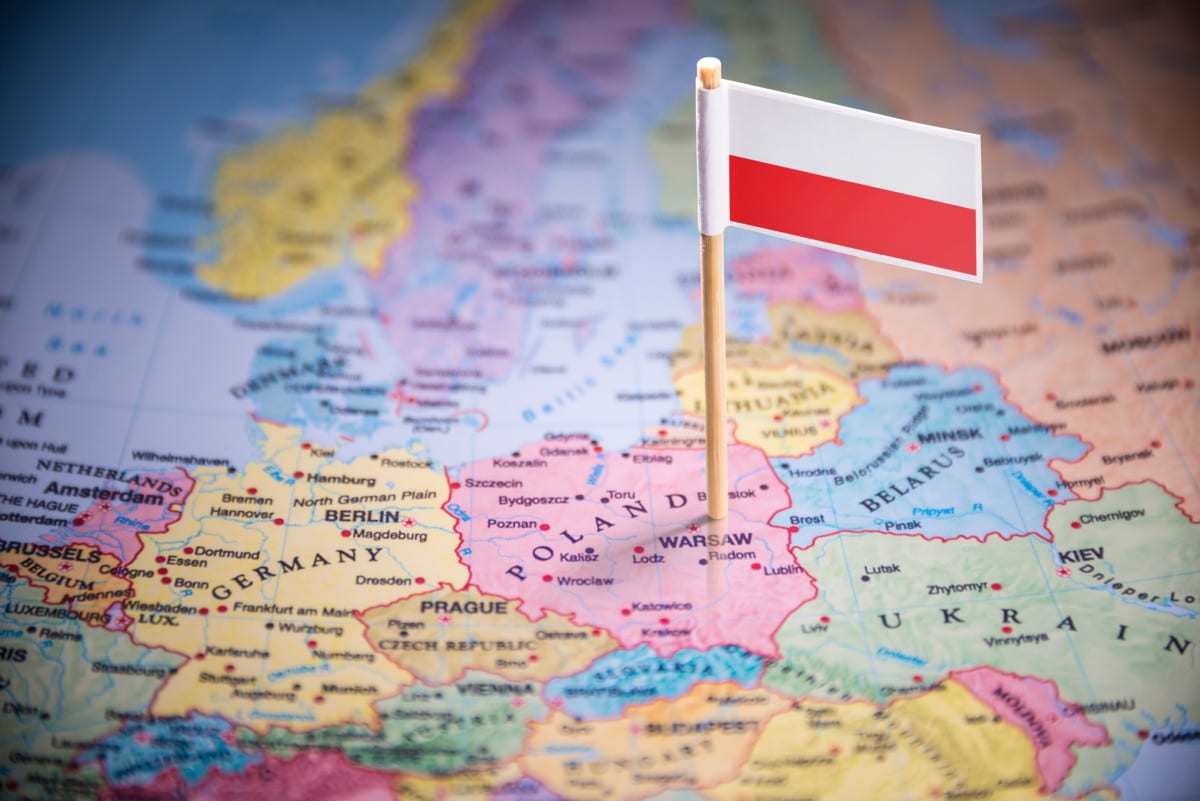 Had it happened, the election of the liberal Rafał Trzaskowski as president of Poland could have meant a turning point in several aspects. First, the demise of the illiberal power of the Law and Justice party (PiS) and of Jaroslaw Kaczynski personally. It would have been a slippery slope for them ahead the of next parliamentary elections, to be held in three years. Second, with the power of Trzaskowski’s presidential veto, it could have been the end for the legal freeriding of the ruling majority, where laws can be adopted overnight in the two chambers of the parliament and then unthinkingly signed by the president. Third, it would have been a boost in motivation for the civic society and independent media, struggling under the relentless pressure of the government and its institutions to centralise and “repolonise” (a buzzword for nationalisation) everything that is not bowing to their political demands. And fourth, it could have changed the narrative on European integration and the policies versus the most important principal partners of Poland, in particular Germany and Trump’s United States.

But this is not going to happen. Poland is going to remain under the same consolidated power of Jarosław Kaczyńskis “united Right”, and aside of the Senate, which is controlled by the opposition, there will be no further democratic cracks in the illiberal shell. One of the last independent persons heading a central institution, the Ombudsman, is due to be replaced in September.

First, I would risk the statement that the quality of the recent Polish elections will further undermine the international position of Poland and its gravitas among democratic states. Although the formal counting of votes has not generated much criticism and is regarded as fair and correct, the same cannot be said about the fairness of the campaign, and particularly access to financing and media.

Persistent propaganda that leaked every day through the public television was not only clearly favouring the incumbent president, but actively collecting dirt and arranging fake provocations against his main contender, Rafał Trzaskowski. Regularly the main news program “Wiadomości” was broadcasting antisemitic and ant-German material under titles like “Will Trzaskowski bow to Jewish demands?” or statements similar to “Germans want to elect the Polish President”. It went so far that even the US Ambassador, who is a Trump political nominee, started to express her disgust on some of the statements and twits of “united Right” politicians, much to the joy of the part of the democratic minded Twitter society. The Office for Democratic Institutions and Human Rights (ODIHR), which is the election watchdog of the OSCE, has already issued a preliminary critical assessment of the Polish elections, hinting “intolerant rhetoric and a public broadcaster that failed in its duty to offer balanced and impartial coverage”. There should be no doubt that the final verdict will be along these lines, placing the last Polish elections at the bottom of all democratic votes after 1989. In other words, Poland is moving backwards in terms of the quality of our democracy, its institutions, and mechanisms.

Second, the relations with the European Union are expected to remain tense, but with efforts on side of the Polish government to deescalate where possible. The foreign ministries and the Polish President’s essential task will be to minimise the negative impact of the government’s actions in Poland in the area of rule of law and democracy.

In this regard, there are today two divergent prospects how the PiS, after being re-confirmed by Duda’s electoral result of the undiminishing popular support, will try to utilise the “political momentum”. One version is that they will curb the “Kulturkampf” and try to squeeze the remaining pockets of independent power: private, independent media, self-governmental local and regional bodies and institutions, and the pro-democratic and liberal non-governmental organisations.

The first shots in this battle have already been fired, with the main tabloid in Poland (Fakt, owned by the German publishing house Axel Springer SE) being accused of treachery and serving German interests, publishing an article about the President pardoning a paedophile. It went as far as the German ambassador being summoned to the Ministry of Foreign Affairs for a disciplinary conversation. Similar attacks were directed towards the private TV station TVN (owned by US Discovery), accused of being founded and manned by former security officials, causing an angry public reaction by the US ambassador. Others however argue that PiS will somehow civilise, triumphant enough to show some mercy and devotion for national reconciliation, thus easing the confrontational politics in favour of a more deliberative approach. Andrzej Duda already warmed the hearts of those looking for such developments, arguing that his second term in office will be different, as he will be only responsible to “God, the nation and history”.

Whatever the final course will be (I personally fear it will be the former, not the latter scenario), it seems that PiS will not have an interest to directly confronting the EU on issues like “rule of law” or constitutional order. Too much is at stake financially, the budgetary situation is tense, and going to deteriorate. I would rather expect a pragmatic approach, trying to avoid troubles where possible, at the same time slowing down further integration initiatives (especially the EU Green Deal and the Future of Europe conference). All such ideas undermine the principle of “national independent states” within the EU and will certainly be treated with hostility by the Polish political majority. The EU Green Deal is particularly perceived as going against Polish interests in the energy sector, still overdependent on fossil fuels. But if the economic calculations are correct, I see no reason for PiS to block this initiative, risking a clash with a consolidated front of EU countries. On the other hand, PiS will not fail to use the EU efforts for gaining Polish support on the Green Deal as yet another proof of its adamant stance in the eternal struggle with Brussels.

Third, the upcoming US elections can catch the PiS by surprise, as so much has been invested in developing bilateral, political relations with Donald Trump and his political camp. Both PiS and Trump use the same rhetoric, base on the same worldview, and address the same electorate, using similar political methods and strategies. Ideological closeness translates into mutual sympathy and political support. Emblematic for Trump’s support for Andrzej Duda was that the US president welcomed Duda in the White House as the first foreign leader since the COVID-19 crisis, just days ahead of the presidential elections in Poland. Allowing the Polish president to shine in the limelight of the US President was an unprecedented move from Washington, short of a direct intervention in favour of one of the candidates, especially that the visit did not bring any particular results in forms of contracts or agreements. PiS perfectly navigates the transaction value system preferred by Trump, offering each time billions of US dollars without any tenders – be it for military hardware, moving US military bases, energy resources or, as it was the case this time, constructing a US-technology based nuclear power plant in Poland. As a reciprocity, the bilateral agenda is exempt from raising issues like rule of law, constitutional order, or freedom of press. In a nutshell, a perfect couple in a self-established, perfect world.

But this illiberal idyll may end soon. With the US November election pools clearly in favour of the Democratic candidate Joseph Biden, a strategy based on personal politics and ideological proximity may be dramatically short-sighted. The ascendancy of Joe Biden to the US Presidency would probably put an end to policies that ignores overt violations of rule of law or press freedoms. The Trump-era’s illiberal flavour and glamour in relations with the US would be over for PiS.

However, as the US-Polish relations have been good and close for the last 30 years, and as the Polish society is still largely more pro-American than that in other EU states at average, I would not expect a hefty decline in cooperation in areas as important as defence, energy or big business. But putting all the eggs into the Trump’s basket makes PiS particularly vulnerable for a backlash from a more principle-oriented US administration in its essential, domestic struggle to build a illiberal order.

If we consider those three aspects together, one particular conclusion comes to the forefront. If PiS, and particularly Jarosław Kaczynski wants to consume Duda’s political victory and complete the illiberal transformation of Poland, he will enjoy a window of opportunity of approximately six months until the inauguration of the new US President. The EU would be still be overwhelmed with COVID-19 and long-term budgetary negotiations, while the Trump Presidency would still provide the political cover, or at least continue to express désintérressement regarding the further dismantling of democracy and rule of law in Poland. After that period, the PiS may find itself in a totally different political constellation. Further major legal and institutional changes, clearly breaching the Polish constitution (which PiS does not have the parliamentary majority to change), may no longer be feasible, as they would meet an opposing front of EU, international watchdogs and more principle-oriented, non-sympathising US administration.

Would Jarosław Kaczynski (already 71 years old) and the triumphant Law and Order party be ready to exercise such a final, illiberal offensive? It has yet to be seen, but if it has to happen, then will have to happen in the coming months. The alternative is, however, not much rosy for the democratic opposition, and no less dangerous. A protracted, low-profile continuation of hitherto policies: consolidating the political base through direct social transfers; strengthening the party’s financial base through extending the grip on state funds and state owned enterprises; further disfavouring (legally and financially) private media and democratic political NGO’s; increasingly limiting the independency of local self-governments. A grim outlook for the divided opposition ahead of the next parliamentary elections, coming in 3 years.

Either way, what it to be expected is that Polish foreign policy will remain largely unchanged and continue to be subordinated to domestic political priorities. Switching from the “election mode” to “shielding activities”, more symbolic in its essence than interest-driven, will be the most immediate operation ahead of us. It seems already in the process. A minister in the Office of President, asked where the re-elected president intends to travel with his first foreign visit, hinted that Rome and Vatican would be the most appropriate destinations.