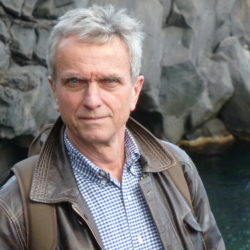 On 15 November, the United Nations’ estimates of world population passed the 8-billion milestone. On that day, baby girl Vinice Mabansa, born in a maternity hospital of Manila, was designated as the eight billionth person on earth. The choice of one of the global south’s busiest cities and the capital of the Philippines, a prominent origin state of migrants, was symbolic. Five weeks later, International Migrants Day should be an opportunity to raise awareness on how migration helps humanity to meet the challenge of keeping our planet inhabitable.

It took 300,000 years for Homo Sapiens to reach one billion individuals at the beginning of the 19th century, after which every additional billion took less time than the previous. The most recent increase, from 7 billion in 2011 to 8 billion in 2022, was the fastest. By virtue of the demographic momentum – which is a delayed response of population growth to changes in fertility – it will take a long time for the population to reach a plateau. According to the United Nations, this will not happen before 2086, when the world’s population reaches 10.4 billion – unless unforeseen factors linked to climate change (or to war) defeat the projections.

Such amazing growth must be credited to the genius of mankind who invented science and social organisation to disseminate its marvels. Life expectancy could extend beyond limits that were unthinkable a mere generation ago. But is this reason enough to celebrate? Population growth is a victory against immemorial perils of hunger and disease, but, at the same time, the most overwhelming threat to our presence on earth. Paradoxically, lengthening individuals’ lifespan – thereby increasing their total number unless fertility falls below reproduction level – generates a high risk of precipitating the advent of an era when life on this planet will no longer be possible for our species.

Indeed, the way human beings produce, trade, and consume causes several negative, irreversible effects, from depleting non-renewable resources to global warming. So far, the development of human well-being on a large scale – a highly suitable goal – has failed to avoid these undesirable outcomes. The equation is simple: in the current state of technology, the quantity of adverse effects is directly proportionate to the total number of individuals and their average standards of living. If rising standards is the goal, then decreasing the population is the only way to prevent the defeat of another pressing goal: preserving the earth’s capacity to support the human population. Social scientists or politicians who pretend otherwise are blind or liars.

Not only is our planet limited in terms of non-renewable resources, but it reacts to the way we behave. Environmental scenarios warn against manmade disruptions that could suddenly spring into action. Rising air temperatures could render large areas of land uninhabitable, and rising water levels could disable harbour facilities around the world, hampering the maritime commerce that has become indispensable to our very existence. Time has arrived for demographic projections to consider climate scenarios. As climatologists map the future of territories, demographers should no longer take the inhabitable land of each nation as acquired data forever.

The time has also come to advocate for demographic degrowth. Countries are unequally advanced in the race for decreasing population numbers and the good news is those whose numbers grow fastest are those who do less harm to earth.  From 2022 to 2086, the UN predicts that middle-, low- and lower-income regions will gain together 2,585 million inhabitants while the more developed regions will lose 96 million. According to Eurostat, if immigration stops, the total population of the EU will drop from 446 million in 2020 to 291 million in 2100. The bloc would lose 180 million individuals under 77 years, but gain 25 million above that age.

Positive or negative, population growth has a price. On one side, rapid population growth calls for demographic investments, which are expenditures necessary to just maintain the living conditions of a growing number of people, as opposed to economic, social, or cultural investments to improve their well-being. On the other side, negative population growth and rapid ageing challenge the contract of generations and economic performance because of skills ageing. There are labour market issues in both cases, high unemployment and underemployment in the developing world, and labour shortages in the most advanced economies.

This is where international migration comes into play to meet the challenges ahead. It links nations characterised by complementary imbalances: by labour surpluses vs deficits in the case of economic migration, and by despotic or failed states vs rule-of-law in the case of refugee movements. Europe, an undeniable frontrunner in the race to demographic degrowth, has benefitted from large inflows of migrants to rejuvenate its declining and ageing workforce. In the Philippines (and many developing countries), millions are gaining education and openness to the world thanks to an expatriate mother or brother.

There is no doubt that migration will continue, for it brings enormous benefits to individuals and societies, in the countries of origin and those of destination, as well as security to the world. Unprecedented inflows of people fleeing war at our external border should be an occasion for the EU to go beyond its inward-looking New Pact on Migration and Asylum (2020), and to launch a truly global, visionary initiative on population, migration and the preservation of our planet.