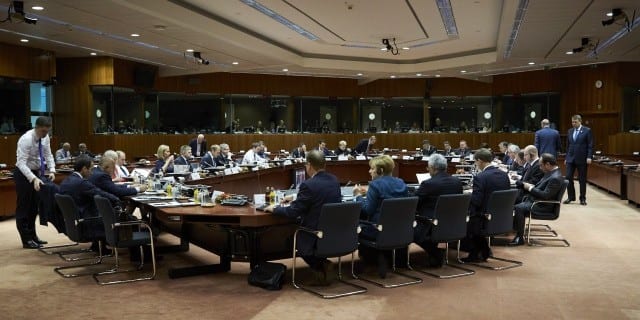 European leaders met in Brussels last week (20-21 October) to discuss the many challenges the European Union (EU) is facing today. The question of the continuing flows of migrants across the Mediterranean, the opposition from the Wallonia region of Belgium towards the EU-Canada free trade agreement and the ongoing need to promote social standards and economic governance were among the most urgent issues tackled during the summit. The outcome of the high-level meeting cannot be defined as ambitious or inspiring, the official statements have been heard before and no breakthrough decisions have been made. In the aftermath of the summit, media attention has largely focused on the question whether the EU is capable of negotiating international trade agreements on behalf of it members.

MIGRATION
Even if expectations were not very high, last week’s European Council represents, to some extent, another lost opportunity to make some actual step forward towards the development and implementation of a comprehensive approach to face the many challenges that the continuing flows of migrants pose to the EU. Flows that can no longer be considered as a temporarily phenomenon, but need to be addressed as structural and long-term dynamics.

The debate among the European leaders focused mainly on the external and security dimensions of migration. The following issues received special attention:

Regarding reform of the Common European Asylum System – repeatedly called for but yet to be completed – that aims at solving the many shortcomings of the Dublin regulations, is to be addressed by the December European Council summit. As for the question of a greater share of responsibility among Member States (MS) and of a fairer distribution of migrants and refugees across the EU, the Council, in general terms, calls upon the MS to “accelerate” their efforts to relocate refugees, in order to alleviate the burden on Greece and Italy. It is worth mentioning here that last year the European Commission’s proposal to relocate 160,000 asylum seekers by the end of 2017, has, at the end of September 2016, ensured the relocation of just a tiny fraction of that amount of people.[2]

Regrettably, the final document does not mention the urgent question of establishing new legal channels for refugees and migrants wishing to reach Europe, in order to prevent them from undertaking dangerous and sometimes fatal journeys.

As far as migration is concerned, the recent European Council has shown once again more interest in reducing as much as possible the number of people that try to reach Europe, facing migration mainly as a security and border issue, than in addressing effectively the question, on the one hand, of those asylum seekers who have already reached the EU territory and deserve a decent treatment in full respect of human rights, and, on the other, of those who, according to international law – but also according to the values and principles that Europe has been preaching for decades – have a legitimate right to be received and protected.

On the EU-Canada free trade agreement CETA
The EU-Canada free trade agreement CETA (Comprehensive Economic and Trade Agreement), supported by the majority of socialist parties across Europe, was on top of the agenda. EU heads of state and government tried to find a solution, after the deal had been vetoed by deputies of Belgium’s Wallonia region who were exercising their right to raise concerns about a proposed EU trade deal. Wallonian MPs mostly expressed concern about the protection of public services, insufficient social and environmental standards, and investor-state dispute settlement mechanisms which would give power to foreign investors to sue government for compensations. An agreement among Belgium’s regional authorities was finally reached on Thursday (27 October).

Indeed, liberalisation of trade should also come with fair conditions of competition.[3] This is probably why the president of the S&D Group in the European Parliament, Gianni Pittella voiced his support of the trade agreement between the EU and Canada, while also recognising the serious concern of the arguments raised by Wallonia. The European Parliament President Martin Schulz expressed support for the trade agreement, saying “this is a new kind of trade agreement which is introducing basic social rights in our trade relations”.[4] Schulz had tried to find a compromise solution together with Canada’s trade minister Chrystia Freeland and Minister President of Wallonia Paul Magnette on Saturday morning (October 22).

On trade agreements and labour standards
The Council underlines the EU interest in defending social standards and being a leading promoter of global standards in trade agreements. Many EU actors voiced their concerns with respect to potential unfair competition from foreign firms that need to meet lower standards with respect to workers’ rights, labour protection, discrimination, etc. EU has been clear from the beginning on the importance of labour standards, which rest on the ILO Fundamental Conventions[5]. The current situation is that EU has all eight Fundamental Conventions ratified, while US have ratified two and Canada seven, though future progress is expected. What is unfortunate is the EC’s reliance on quantitative evaluations where assumptions about employment are known to be too restrictive and possibly too optimistic. But if successful, the EU perseverance on enforcing labour standards in international trade agreements can reaffirm its global role.

On EU trade defence instruments
The European Council set the end of 2016 as a tight deadline for a “comprehensive modernisation of all EU trade defence instruments”. The European Commission is urged to propose a new methodology for capturing market distortions linked to state interventions. Unfortunately, there is yet no agreement in the Council to change the “lesser duty rule”, which has resulted in the EU imposing insignificant anti-dumping sanctions when compared to US (e.g. on Chinese steel).

On enhancing EU youth programmes
The EC just communicated that, since 2013, there are 1,4 million less young unemployed and 0,9 million less young people not in employment, education or training (NEETs). While the need to achieve tangible results is obvious, the “December” deadline suggested by the Council seems a bit misplaced and might not provide the best policy incentive for action given the long-term focus of the Youth Guarantee initiative.

On Capital Markets Union
The European Council called for the Capital Market Union (CMU) with the goal to strengthen the role of markets in credit intermediation, to be completed and implemented by 2018, “notably by swiftly reaching an agreement with the European Parliament on prospectus rules to improve access to finance for companies and on securitisation”. About one year after the Commission adopted an Action Plan on Building a CMU, the Council has already reached an agreement on Simple, Transparent and Standardised (STS) securitisations. Legislative proposals are currently in the EP for discussion with final adoption planned for early 2017. Members of the Group of Socialists and Democrats in the EP have generally supported the move towards a more diversified funding of the European economy, making it less dependant on bank financing and improve sustainable lending, particularly towards small and medium sized enterprises (SMEs). It remains however questionable if the revival of the securitisation market will attain that goal.[6]

[4] https://www.euractiv.com/section/trade-society/news/schulz-makes-a-plea-to-back-eu-canada-trade-deal/. Schulz also argued in favor of replacing the Investor State Dispute Settlement mechanism (ISDS) with a system of public judges and an appeal mechanism as a move in the right direction.