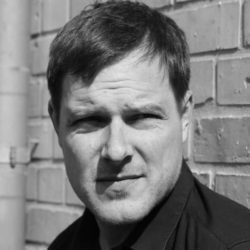 Right wing populist language doesn’t speak to reason. It plays with emotions and stereotypes, with the purpose of strengthening the differences between the emphatic “us” and the stranger. Hence, it is mostly impossible to out-argue them. We have to find other ways of dealing with right-wing demagogue communication  patterns.

Notoriously, the perfect role model for populist language an tactics is Donald Trump. He consistently uses patterns of demagogue language as described by the German philosopher Max Horkheimer decades ago. (To know more about patterns, go to the end of the article)

Additionally, The Guardian (2018) has precisely named four operational tactics Trump uses very effectively: “1) Preemptive framing, to get a framing advantage. 2) Diversion, to divert attention when news could embarrass him. 3) Deflection: Shift the blame to others. And 4) trial balloon – test how much you can get away with.”

This sums up the rhetorical strategies used by right wing populists. There is obviously no intention of reasonable argumentation or open discussion. It works like “psycho- analysis in reverse” as Leo Löwenthal called it: While the therapist is trying to transfer the neurotic and angst-ridden emotions of the patient into self reflection and a strong distance between the past trauma and the actual situation, the populist goes the other way round. He is cultivating prejudice with the purpose of gaining political benefit from emotions. The refugee for example is a per- fect scapegoat. He serves as a projection surface for socio-economic uncertainty emerging from a disorder of the late modern or neoliberal capitalist system.

Hence, sober or realistic reasoning, the power of better argumentation, will not help challenging the right wing threat. Attempts of this type will always be classified as either a lie or a sophistical twist launched by so called deluded profiteers of the system.

But, depending on the context, there are things to do – or to avoid.

First, it can be dangerous spreading lies or hate speech even if they are enclosed by critical comments and revealing arguments.

Second, endlessly repeating populist con- cepts turns out as amplifying the basic ideas covered within the term itself. The notion as such will be normalized accidentally.

Third, sometimes, avoiding or swallowing the striking argument because it often will be understood as fake or twist, brought up by someone who is up to mischief. Asking back and sowing the seed of doubt could work better in certain cases.

Finally, we have to realize that current pol- itics in general and right-wing populism especially, is trapped in a hyperreal loop: narratives, stories, fake news, and lies are produced endlessly, and they have a real impact. For instance, the German angst of “islamification” occurs as a tremendous fake considering that there are less than 5 percent Muslims living in the country. Or the debates about felt insecurity which is directly opposing the real numbers of crime.

Therefore, it could sometimes be helpful to try reminding people of their real life, to observe the things out there, off-line, disconnected and away from screens and keyboards.

The first is speaking with a bulk of superlatives (“the biggest wall,” “the greatest nation”, in Germany, it was the reference to Hitler’s “thousand-year empire”).

The second is the notorious and vigorous distinction between the emphatic and homogeneous “we” versus the other, which always means: the good guys here and the bad ones there.

The third one is an absolute goal, the suggestion that one day soon, the society will be clean and perfect, if the people followed their populist leader doubtlessly.

The fourth pattern Horkheimer annotated back in the 1960s, is the suggestion that the leader is one of “us”. He could be a randomly chosen citizen, even if this is obviously not true. By the way, this notion addresses a simplified idea of democracy that does not need any mediation: within the populist action, “the people” rules unmediated, the populist’s voice equals the people’s’ voice. This somehow religious identity between the one speaking and the masses seconding is well known from fascist leaders.

The fifth pattern Horkheimer identified and that Trump, the German AfD, and other right-wing populists are using consistently, is a conspiracy theory against “us.” This is very handy for del- egitimising critique and opposing an imagined unified enemy.

Finally, and as a sixth pattern, concepts like right or wrong are not questioned, no doubt is allowed as to who, and who alone, tells the truth and who has conspired against “the people”. No bal- ancing, nothing but the one, true opinion.