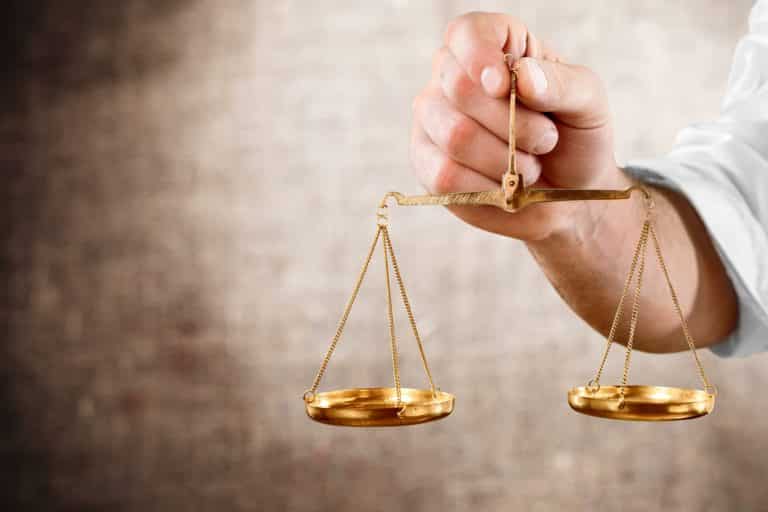 During this presidential election voters on the left are being forced to decide between several distinct routes and in this single moment power will be decided. The future and direction of the French left will largely depend on the votes cast in April and May. Analysis from the Research Centre for public opinion on the balance of power and what is taking place on the left with commentary from Chloé Morin and Bruno Jeanbart, deputy director general of OpinonWay.

This is the latest episode in a lengthy history of what has become an internal war on the left and one has to consider whether or not it is an integral part of the left and where they are on the political spectrum. A history that is complete with trials, treason, ideological disqualifications, big dreams, electoral victories and disillusions. The latest episode of an ideological, tactical and political confrontation, which has greatly affected the outgoing president’s five-year term may be playing out before our eyes. Voters on the left are being forced to decide between several distinct routes and in this single moment power will be decided; the slate wiped clean from François Hollande’s term. The future and direction of the French left will largely depend on the votes cast in April and May.

The numerous uncertainties mean it is still too risky to make any predictions. As a result of such uncertainty we will instead thoroughly examine the changes and shifts in the power balance that exists between Jean-Luc Mélenchon, Benoît Hamon, and Emmanuel Macron since the Primary when the People’s Alliance endorsed their candidate.

The commentary and analysis concerning the changing public opinion is based on aggregated voter intention data provided by OpinionWay (poll conducted during the week commencing 6 February) and another set of aggregated data relating to voter intention conducted between 17th – 23rd March by the OpinionWay Institute. The samples include responses from 3,500 people and the data presented is the average response received during the week specified. What are our first impressions?

Since his victory at the primary the socialist candidate has witnessed a marked decline in his poll ratings with the average French worker who supported Nicolas Sarkozy and the “work more to earn more” policy during the referendum proving once again to be as decisive as they were in 2007.

As a result, the voting intention amongst the socio-professional category has fallen, notably amongst the workers where the poll rating is as low as: 7%, which is the lowest score amongst the “major candidates,” a rating he shares with … François Fillon – the two main parties do not possess more than 14% of workers’ votes. Benoît Hamon is struggling to reconquer the electorate that is symbolically essential to the left despite his refusal to endorse the results of a five-year term which began under the slogan “productive recovery.” Arnaud Montebourg has continued to denounce such renunciations despite being a supposed ally – one recalls the psychodrama at Florange. Undeniably this rating is far below the 21% approval rating from workers François Hollande achieved during the first round in the 2012 election (OpinionWay data for Le Figaro), but notably this is also below the 18% that Nicolas Sarkozy obtained in 2012, despite his break from “la France qui se lève tôt” in 2007.

Benoît Hamon’s rating has also dropped by 8 points amongst the unemployed and, even if he remains at a level that is above his average score (15%), he will lose further ground (4 points) amongst those on lower incomes (income of less than 2,000 EUR per month) – many of whom would still benefit from the income support provided by their “universal income”. Comparatively this is very far from the 27% achieved by François Hollande in 2012 amongst the same voters. Whilst he is one of the few candidates to have attempted to position themselves in a stronger position by ensuring that universal income would be available to those on lower incomes he has failed to outperform either Jean-Luc Mélenchon (17%) or Emmanuel Macron (19%) in this category in terms of ‘buying power’.

So, with two candidates to his right promising, to very different degrees, decreases in public spending and the number of civil servants, the Socialist position has fallen 7 points amongst public-sector workers and 9 points amongst civil servants (which is -10 in local government) and achieves only 18% of their respective voting intentions. The only category which escapes from this sharp decline is the public health sector primarily because socialist’s have campaigned on issues relating to the present working conditions which remain a major concern for those working in the sector.

This explains in part why their support in this category remains at 21%. However, the decline of the socialist candidate amongst public sector employees remains notable when compared with 2012: François Hollande had, at the same time last election, obtained 33% of their votes. It is Emmanuel Macron who is at present leading the race in every category of the civil service, (he is ahead of Benoît Hamon by 8 points in central government, 10 points in local government and by 14 points in the public health sector).

The socialist candidate’s rating is at present particularly low amongst the over 65s (7%) where he has lost an average of 7 points during the same period, whilst Emmanuel Macron has gained 5 points amongst this electorate. It should be noted that voters over the age of 65 represent 25 to 28% of the total electorate. Yet, they represent only 11% of the electorate of Benoît Hamon, as opposed to 25% for Emmanuel Macron or 50% of the electorate of François Fillon. This proportion is broadly comparable to the Frontist candidate (the over 65 age group represents 9% of their electorate), although we know that the elderly electorate represents Marine Le Pen’s weak point (particularly because of her Euro exit proposal). However, this electorate is essential for the socialist candidate in the presidential election: in 2012 François Hollande secured 30% of the votes of the 65 and over age category.

From a political perspective, Benoît Hamon achieved only moderate success in his attempts to expand the voter base of the Socialist Party and broaden their appeal to eco-sympathisers within two months (+3 and +8); achieving 54% and 49% of the vote respectively. The socialist voter base desperately needed him to succeed: one must remember that in 2007, Ségolène Royal secured 73% of her votes from supporters of the Socialist Party in the first round. Furthermore, Hollande even secured 87% in 2012 (OpinionWay for Le Figaro). In the immediate aftermath following the primary, the socialist candidate matched Emmanuel Macron amongst voters who had previously voted for François Hollande in 2012 (37% and 39% respectively). It is believed that he is now 14 points behind in this category (31% compared to 45%).

At the same time, Benoît Hamon also lost ground most notably in the centre (moderate voters) (-10 points) as well as to the left of the left (-7 points amongst PdG / PC sympathisers). Contrastingly, for the past two months, Jean-Luc Mélenchon has progressed well with sympathisers of the Left-wing Party / PC (+6). For a candidate that made ecology (the environment) one of the central elements of his program he has failed to secure as many ecologist votes as the socialist candidate, but nevertheless he has achieved an honourable rating amongst EELV (the Green party) supporters (26%). On the other hand, we note that very few PS (Socialist Party) sympathisers support him (8%), much less than those who shifted towards Emmanuel Macron.

The unaffiliated and the abstentionists are above all attracted by the revival (and change) which Emmanuel Macron and/or Marine Le Pen embody, and by the “anti-establishment” sentiment which the En Marche! candidate and the National Front candidate advocate but the leader of France has rejected. The French people are declaring that they have “no partisan sympathy” when voting in fact the present poll figures are: 18% for Jean-Luc Mélenchon (+6 points between February and present), far more than Benoît Hamon (12%, unchanged over the same period), and much lower for Emmanuel Macron (26%, also unchanged). Those who did not vote in 2012 appear to be converging more on Emmanuel Macron (25%) or Jean-Luc Mélenchon (19%) than on Benoît Hamon (14%). It should also be emphasised that 20% of the electorate of Emmanuel Macron comprises of people who do not recognise or associate with any party, a higher proportion than all the other candidates in this election except Jean-Luc Mélenchon. In this sense, it is truly a candidacy which leads to a “re-enchantment” of politics.

This campaign is unique for many reasons, but most notably because no one has clearly positioned themselves as the direct heir of the outgoing candidate. However, the electoral sociology suggests that this is the En Marche! (Forward!) candidate, rather than the socialist candidate, who has emerged as the main recipient for the majority of those disappointed and orphaned by “Hollandeism”: not only has he captured the most voters who previously voted for François Hollande in 2012 (45%, which is 14 points more than Benedict Hamon), which is up 6 points since the beginning of February, but these voters crucially represent 40% of the total electorate. If we add those who voted Jean-Luc Mélenchon (4%) to those who voted for François Bayrou in the first round before taking into account those who voted for François Hollande in the second round (12%), the total voters who support Emmanuel Macron is 61% and they primarily “originate” from the left and left of centre. In general terms, if Emmanuel Macron receives the most voters from “the other side” (19% voted for Nicolas Sarkozy in 2012, 4% Marine Le Pen, this would amount to almost one in four voters, 23%) and his electorate would reflect the image portrayed through his rallying – whilst the efforts of Jean-Yves Le Drian received attention last week –, he leans more to the right than to the left. As a result, the candidate who refuses to campaign on this side shall remain in favour with the voters declaring a “left” partisan sympathy: 40% as opposed to less than 30% for Benoît Hamon and Jean Luc Mélenchon.

Emmanuel Macron’s greatest feat of this campaign will be to succeed in gaining ground on the left without losing the equivalent or greater ground to the right – this could be further strengthened as he continues to benefit from support provided by those who previously voted for Nicolas Sarkozy in 2012 (approximately 18%).

If the support does not disappear then this campaign shall offer sufficient evidence to confirm that the conventional left-right political divide is weakening as is the distinction between the two main government parties. François Fillon secured only 57% of the electorate of President Nicolas Sarkozy who he hopes to succeed whilst Benoît Hamon secured less than a third of the electorate of President François Hollande (31%).