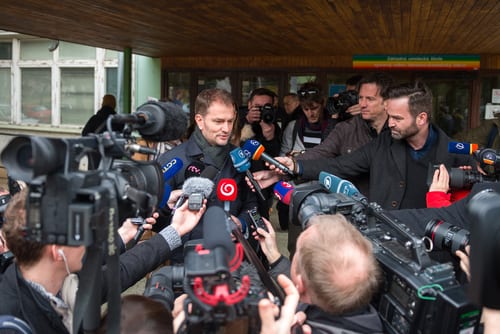 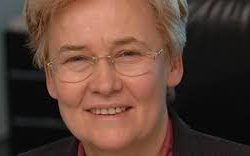 by Brigita Schmögnerová
Chairperson of the NGO Progressive Forum

A short analysis of the parliamentary results in Slovakia prove the weakened left-right division and the victory of populism reflecting the disappointment with the 12 years government of the Social-Democratic Smer party and its leader Robert Fico. The election was won by the social populist Igor Matovič with promises to fight against corruption and oligarchy.

The results of the national election in Slovakia partly met the expectations of the latest opinion polls. The most positive result of the election is that the far-right party ĽSNS (‘People’s Party-Our Slovakia’) only made it to the fourth position – while opinion polls had seen it in third position – gaining less than 8%, which kept it roughly at the same level as in the previous elections in 2016. The disappointing results for the extremists are owed to the winner, the populist, OĽANO party (‘Ordinary People and Independent Personalities’), that brands itself as centrist.

The four opposition parties that have won these elections come from a heterogenic political spectrum. They include OĽANO with 25%, the protest party Sme Rodina (‘We are Family”, member of the European Identity and Democracy Party of Matteo Salvini’s xenophobic Lega Nord and Marine Le Pen’s Rassemblement National) with over 8%,  the ultra-liberal SAS (‘Freedom and Solidarity’) with over 6%and the new centrist party Za ľudí (‘For the People’) of the former President Andrej Kiska, below 6%. Together, they could constitute a constitutional majority with 95 of the 150 seat in the Slovak parliament.

The major centre-left party Smer-SD (‘Direction-Social Democracy’) that had been in power for 12 years, won the second place with only 18%, down from over 28% in 2016. The nationalist SNS (‘Slovak National Party’) and the ethnic Hungarians’ Most-Híd (‘Bridge’), the former junior coalition partners, fell below the 5% threshold to enter parliament. Another Hungarian minority party MKS (‘Party of the Hungarian Community’) that has a close relationships with the party of the Hungarian Prime Minister Viktor Orban failed to gain parliamentary seats as well. The absence of the any Hungarian party in the national parliament is considered as a failure and might revive ethnic tensions.

The campaign of both opposition and coalition parties was an emotional attempt to discredit the main rivals. The leitmotiv of the opposition campaign was to get rid of the major ruling party Smer-SD. Any cooperation between the two biggest parties, OĽANO and Smer-SD, is therefore excluded.

The main issues of the election campaign of the opposition were the fight against corruption and oligarchy, as well as ending the dominance of Smer-SD. The leader of the opposition party Za ľudí used the second anniversary of the assassination of the investigative journalist Ján Kuciak by repeating accusations based on no evidence against Smer-SD. The campaign turned violent at times, including clashes of some opposition parties with the far-right ĽSNS at their meetings.

Smer-SD campaigned in favour of strengthening the social welfare state. They also put an emphasis on “a responsible change”, presenting the party as a “New Smer” with the face of the new Prime Minister Peter Pellegrini who had taken over from Robert Fico during the government crisis provoked by the assassination of Kuciakin 2018. Whether renaming of the party was an attempt to address hesitating voters or signal of in-depth changes within the party is too early to say.

“To predict the political priorities of a new government coalition is therefore not easy.”

The fragmentation of the former opposition parties might make the coalition negotiations complicated. A lack of experience, as the only party with some government experience is SAS, will also play a role. The social populism of OĽANO will be confronted with the economic liberalism of SAS, a strong advocate of flat-tax, minimal state and a balanced budget. To predict the political priorities of a new government coalition is therefore not easy.

However, a strong focus on fighting corruption and fight against oligarchy is expected. This is no doubt a positive side of the election results that could benefit democracy. On the other side none of the potential government parties has a party structure, they are one-man parties and therefore a democratic control from within the parties won’t be possible. The unpredictability of the OĽANO- leader Igor Matovič certainly doesn’t  guarantee any long-term stability of a new government.

Europe did not play a major role in the election campaign except for the extreme-right party ĽSNS. The extreme party promised a referendum on leaving the European Union, re-introducing  the Slovak crown and a more balanced foreign policy towards the West and the East.

Other parties in parliament are pro-European but with some critical reservations. SAS is against more European integration and in favour in favour of regained sovereignty in various areas. In 2012, it opposed the European Financial Stability Facility, provoking the fall of the then right-wing government of which it was a junior coalition partner.  Sme Rodina’s manifesto demanded an inventory of the pros and cons of Slovak EU-membership. OĽANO is a supporter of European integration, including its further enlargement.

The election results have proven that the traditional left-right political divide in Slovakia has weakened. The former centre-right party of former Prime Minister Mikuláš Dzurinda has disappeared from the political scene and the small right-wing Democratic party scored less than 1%. Two small left parties performed very poorly and the social-democratic Smer lost the election and has made room to populist parties  and a return of economic neoliberals to power.