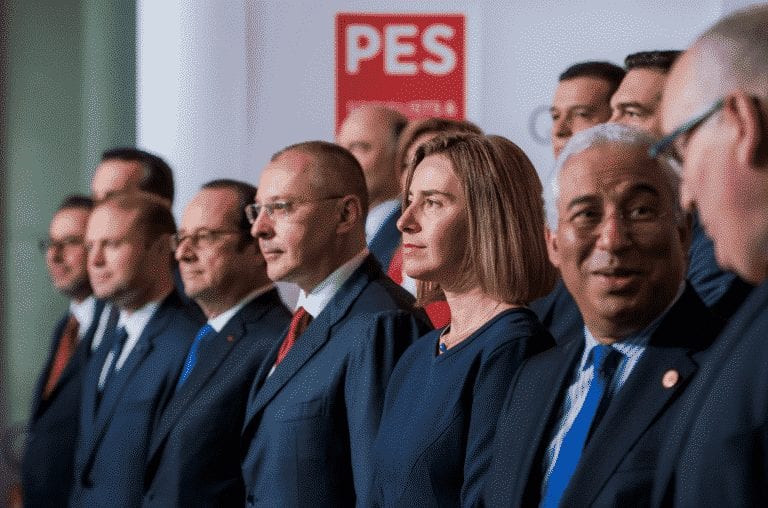 This article was published by The Fabian Society

The electoral year in Europe started last week with national elections in the Netherlands. French presidential elections will follow in April and May and in autumn there will be German federal elections and parliamentary elections in Bulgaria and the Czech Republic. Progressive parties in all these countries face the challenge of overcoming the trend of the last years’ contests. In almost all elections social democrats received the worst results in 70 years, since the end of the world war two.

There are numerous reasons. First, the traditional bi-partisan system with a guaranteed position for the second largest parliamentary party was lost. Second, welfare systems are under pressure as a cruel consequence of the still on-going financial crisis and a lack of convincing policy proposals. Furthermore, the left has shifted from a movement closely related to trade unions and workers’ organisations towards parliamentary, and consequently governmental parties. Progressives have become part of the system that is so harshly criticised.

Social democracy has lost its natural connection with workers and started drifting from those who it wanted to mobilize and represent. This is compounded by the lack of a clear and convincing leadership. Most of the current generation of leaders across the EU have one thing in common – their CVs. Perhaps with the exception of Jeremy Corbyn, most have been active in youth politics, served as political assistants and then approached the high circles, where they were recruited for leadership positions the moment their party lost an election. This is one important reason why the current generation of leaders does not come with a new agenda to answer ‘its times’, to paraphrase Willy Brandt, but is often ‘next in succession’.

On the European level social democrats are hostages of the unfortunate grand coalition. This means their leaders are associated with unpopular decisions regarding austerity: seen as part of the group that has power but failing to steer Europe out of trouble. Some opinions are even harsher towards the leadership, seeing them as part of those who mismanaged the years following the financial crisis and failed to effectively punish those who were at fault.

On a national level coalitions are not serving social democrats well, as in Germany and Austria. Minority governments too are facing grave times. In Sweden, Stefan Löfven’s policies are solid and sustainable but his government lacks popular support. Even when social democrats have won a single party majority in recent years – with 2012’s glorious victory of Hollande in France under the slogan ‘Le changement maintenant’ – the president and government have been unable to fulfil expectations. The left bloc’s solution was exercised in Portugal in 2015 when the divided centre left united to neutralize the competition and form a coalition. But time will tell if this will deliver.

Even more worryingly, there are also cases where social democracy seems to be fading away without much hope that the trend will be reversed. This is the case in Ireland, in the Netherlands, in Greece. It may not be as swift as the changes that took place in less consolidated democracies (such as Hungary or Poland, where parties are either barely or no longer in parliament) – but it is a concern.

However, European social democracy still has time to rescue itself from becoming history by utilizing a clear leadership, along with new ways of working and fresh ideas.

A substantial change in focus of the ideological framework is needed, not only the next electoral round, but of a generation ahead. The socio-economic model that was built after the second world war and revamped in the 1990s (to try and deal with globalization) is not the one needed now. Society has changed and people, especially the young, have different approaches to politics and their engagement in it. As the FEPS Millennial Dialogue showed, if progressives want to engage the electorate – and that is vital if social democrats want to cease declining numbers (of voters, members, sympathizers) – they must understand that ideological, responsible and straightforward politics are not at all out of fashion.

Progressives need to stop strategizing on whether they should move to the middle or the left. It is probable that the majorities we knew from the past are also a feature of the past and there is a need to build continuously ad-hoc coalitions in the name of ideas that carry majoritarian support. This does not mean giving up an ideological compass. On the contrary – it means using it to set new dimensions of political conflicts and to move away from the defensive position. Social democracy can only lose in the system and anti-system divide – we have seen this in Austria and in the Brexit referendum in the UK. Progressives must redefine the rules of the political game or risk becoming history in the course of unavoidable transformations of the partisan system.

Finally, social democrats must define themselves with their own agenda, and not with commentaries of what they are not. There is no excuse for competing on grounds that are morally wrong – such as hostility, xenophobia and racism. People do cherish and express solidarity towards one another. This was shown in the migration crisis, especially southern and central Europe, and the thwarted attempt to scrap women’s rights abuse in Spain or Poland. Progressives should focus on how to channel this support for solidarity and make it mainstream.

Progressives must come to power prepared, but they must also invest in what the French call the ‘pedagogy of the reform’. This would mean an end to excuses or generic explanations about forces ‘that can’t be controlled’. On the contrary, it must be through clear determination that people begin to trust that social democrats can steer the future.