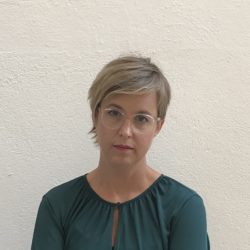 During the past eight years, the Swedish Social Democrats have done too little to improve the situation of the socio-economically marginalised groups. And now these groups have, once again, voted for the radical right party Sweden Democrats. The Swedish discontent has kept growing. Next time around (and there might be new elections soon), strong progressive policies must be proposed, to ensure a strong progressive come back.

The Swedish elections have brought bitter disappointment – on both sides of the left-right divide.

To the left, the disappointment is that the red-green governing coalition, which has been in power since 2014 – first under Stefan Löfven and since November 2021 under Magdalena Andersson – has lost its majority. It did not help that the Social Democrats were confirmed as Sweden’s largest party with 30.3 per cent, an increase from 28.3 per cent since the last election. The four parties that campaigned for Magdalena Andersson as prime minister won 173 seats, and the coalition to the right, team Ulf Kristersson, won 176.

To the right, the established conservative parties have reason to be disappointed too. The Christian Democrats made one of their worst elections ever with only 5.3 per cent of the vote. The Moderates, also members of the EPP, got 19.1 per cent of the vote, losing the position as Sweden’s second largest party (a position they have held since 1979) to the far-right Sweden Democrats.

With disappointment and losses on the left and the right, this election clearly had one winner: the Sweden Democrats. They increased from 17.5 per cent in 2018 to 20.5, continuing a trend of growth in every election since they first entered parliament in 2006.

The results of elections are always complex. The Social Democrats, for instance, increased with double digits in some large city election districts, while losing strongholds the party has governed for almost a century elsewhere.

In a sense, the election on 11 September brought Sweden into pace with a European trend: the large cities (including Stockholm) voted red and green, and the countryside is now predominantly conservative and nationalist.

In another sense, Sweden is not part of the European trend. For a long time, Sweden used to be an exception altogether: while the Front National has loomed over French politics since the 1990s, and there have been right-wing populist parties with a substantial electoral following in both Norway and Denmark since the 1980s, in Sweden the Sweden Democrats didn’t enter parliament until 2006.

Nowadays, what is exceptional about Sweden’s right-wing populist party is no longer its absence, but its roots. In contrast to the Dansk Folkeparti or the Fremskrittspartiet, the Sweden Democrats are not focused on cutting taxes or liberalising alcohol restrictions. They stem from the neo-Nazi scene, they were formed by people who had been mobilised into organisations with names such as ‘Keep Sweden Swedish‘. One of the founding members of the party, Gustaf Ekström, was a former SS officer. Offering one more of the countless (and seemingly endless) proofs that these roots are still nourishing the party, on election night, a well-known anchor of the Sweden Democrat’s TV channel ‘Riks‘ raised her arm and shouted “Helg Seger”. ‘Helg’ is Swedish for week-end, and the election night was on Sunday, so arguably, the Sweden Democrats had won a ‘weekend victory’. But of course, no one is that stupid, we all heard the Nazi ‘Sieg heil’, and it sent cold ridges down the spine of millions of Swedes. It should make millions of Europeans shiver too.

The neo-Nazi roots of the Sweden Democrats have been the reason why, until the the 2018-election, the Swedish conservative parties have refused to co-operate with them.

In the run-up to this election however, the taboo was broken. Ulf Kristersson, the leader of the EPP-affiliate ‘Moderates’ will now form a government coalition that will be dependent upon the support of the Sweden Democrats. This time, there is no majority in parliament that would accept a government led by or even including the Sweden Democrats. Next time around… – who knows?

In the Swedish case, the conservative parties’ adaptation to the agenda of the radical right wasn’t successful: as already mentioned, all of them lost electoral support in this election, probably because the voters, now even more convinced of the xenophobic narrative of the Sweden Democrats (it is ‘us’ vs ‘them’, society is on the verge of collapsing into chaos, all social problems are caused by immigration, etc) preferred to vote for the original.

The Social Democrats grew in the big cities, and in some municipalities in the North where massive investments in climate-friendly technologies are made (in Boden, a city that will be essential in the production of fossil-free steel, the Social Democrats increased from 34 to 48 per cent), but kept loosing voters to the Sweden Democrats in the countryside.

Winning the largely low-paid working class or self-employed voters back will be the most important challenge during the coming four years in opposition. Magdalena Andersson stuck to her agenda during the election campaign, with three priorities: the fight against segregation and violent crime, the creation of green jobs by speeding up the climate transition, and the fight to take back control from the private sector over the Swedish welfare state after decades of privatisations, not least the catastrophic and world-unique privatisation of schools.

We now know one thing for sure: copying the xenophobic agenda of the Sweden Democrats will not work. It did not work for the conservative parties, and a ‘strict migration policy’ and the stigmatisation of ‘Somalitowns‘ didn’t prevent further losses from the Social Democrats to the Sweden Democrats either.

Instead, the Swedish Social Democrats have two main tasks:

Firstly, to stand up even more firmly for equal rights. In a racist society, Angela Davis reminds us, it is not enough to be non-racist. We must be anti-racist. The roar of triumph from the Sweden Democrats spreads fear. Fear of everyday racism, discrimination at work, hate crimes and violence. It is time to act. The trade unions must act, and other social movements, and all of us who are privileged: we must learn how to be anti-racist allies. The Social Democratic youth, SSU, have already changed their logo to the Drei Pfeile, the anti-fascist three arrows of the German labour movement in the 1930s.

Secondly, to win back the voters lost to the Sweden Democrats, the progressive parties have to offer truly progressive politics. According to detailed exit polls, the Sweden Democrats have now almost as much support among workers as the Social Democrats (32 vs 29 per cent). But according to a recently published study, another factor might be even more important in explaining the success of the Sweden Democrats: they are the largest party among the unemployed, and the second largest party among those on sick leave. The living conditions of these groups deteriorated dramatically under the previous right-wing government (2006-14). It made massive cuts to the social insurance system: lowering unemployment benefits, making it much harder to receive sick leave, and increasing the income gaps between people at work and people on pension.

During the past eight years, the Social Democrats have made very little to improve the situation of these groups, and the Swedish discontent has kept growing. Still, (with the exception of a long overdue increase of the lowest pensions under pressure from the Left Party) the Social Democrats didn’t campaign to do so either. In contrast to the Sweden Democrats.