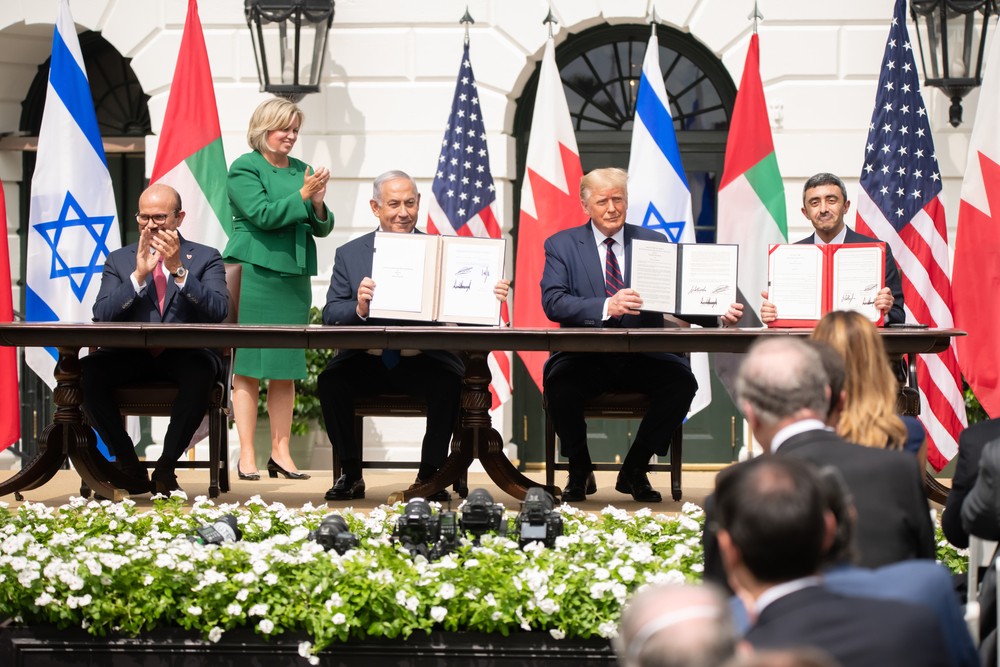 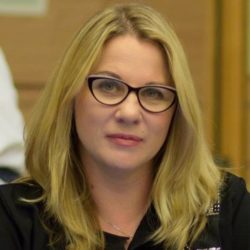 by Ksenia Svetlova
former Member of the Knesset, Director of the Program on Israel-Middle East Relations at Mitvim – The Israeli Institute for Regional Foreign Policies and Senior Research Fellow at the Interdisciplinary Center Herzliya.

The Abraham Accords that were signed recently between Israel, Bahrain and the United Arab Emirates (UAE) can be equalled to a tip of an iceberg: much more is laying beneath the surface. These accords were signed only in September 2020, but they build upon two decades of diplomatic work, communications and visits. It also represents changing regional realities and the significant change of paradigm towards Israel in the Arab world. But will it indeed promote more dialogue and peace here in the Middle East? Or will it remain an alliance ‘between the two Spartas’, as it has been called often in social medias?

The progressive camp in Israel – the one that believes in promoting peace and coexistence with the neighbours, in exhorting to diplomacy rather than weapons, and in finding partners for dialogue in the region, and which cherishes liberal values and democracy – is obliged to present an alternative policy towards these newly signed agreements. This alternative needs to be one that allows to use this newly established relationship to increase stability and peace, and to advance a possible solution to the ‘elephant in the room’: the Israeli-Palestinian conflict which continues simmering.

The US role in the Middle East

If you will ask an American supporter of the progressive camp, he or she will tell you that a truly progressive US foreign policy should start with curbing American ambitions to dominance – military intervention for example, arm supplies or regime change. Many American progressives share a belief that the US should step up its commitment to avoid war and put an end to overly militarised policies. Others also think that the US should act to stop atrocities and human rights violations, especially those taking place in friendly states.

In Israel, both ‘right’ and ‘left’ politicians as well as their supporters believe that US involvement in the Middle East and its alliance with Israel are crucial for Israel’s security and well-being. The American intention to disengage from the Middle East causes a great deal of anxiety in Israel. The Middle East is generally not a friendly place. Ancient struggles and arguments mix with modern conflicts and technologies, creating a deadly mix. The nation states in the Middle East are generally weak. Non-state violent actors, such as Hezbollah or ISIS, are raising to power, and fight for influence and territory. Arab states in the Gulf look at the US military bases as providers of security, and so does Israel.

‘Doves’ and ‘hawks’ in Israel differ however in their perception about the American role in the region. While the latter tend to support any kind of deals between US and the Arab autocratic regimes, the former expect Washington to promote the values of democracy and human rights, and to exercise its influence to protect women, dissidents, refugees and other vulnerable populations.

Israeli ‘hawks’, whether in politics or in the military, do not believe in the possibility of democratisation in the Middle East. They choose the lesser of two evils – the brutal autocratic regimes – over radical Islamists, as they believe there is simply no other option on the table.

The difference in attitudes towards Iran is particularly striking. All Israelis believe that a nuclear Iran will be dangerous to Israel’s security, but while the ‘doves’ believe that the diplomatic tools and the internationally supported agreements can hold Iran back, the ‘hawks’ advocate for the uncompromising position that rejects any kind of agreements, as they have little faith in diplomacy.

The progressive camp in Israel is small, yet divided. Some of them believe that Israel should stay away from selling lethal weapons and spy technologies to countries that might use it against unarmed civilians, especially since many of these deals are quite shady, and generate only little revenues to Israel’s treasury. Others tend to be more conservative in their approach to military and defence cooperation with unsavoury regimes, pointing to the necessity of regional alliances against enemies, such as Iran.

The newly signed Abraham Accords pose a challenge for the progressive camp: some argued that weapon sales are at the core of this deal, rather than promoting peace, and that they will only empower the rule of autocrats here in the region. Others, however, suggested that Israel should try to make the best out of these accords and try to promote dialogue also with other Arab nations in the Middle East, including the Palestinians.

Israel is a tiny state. It definitely cannot afford to preach democratic and human values to its neighbours, and no such attempt would be well taken. Yet, Israel can develop deeper regional relations, which go beyond the circle of military and political leaders and get closer to civil society in Arab states. For that to happen, Israel’s Foreign Service should become more dominant in shaping the Israel-Arab relation, for instance in times of crisis, when diplomatic skills are badly needed and by promoting civil cooperation in various spheres. Currently, the Israeli MFA is overshadowed by the security establishment. Also, a better judgment is necessary regarding important weapon deals: Israel as a democratic country, created from the ashes of the Holocaust, needs to balance its foreign policy and national security conduct with moral considerations.

And there is, of course, the Palestinian issue. Israel should get back to the negotiation table with the Palestinians and seek a true and just solution to the Palestinian-Israeli conflict. This is extremely important for Israeli society and security, since no truce is eternal and no ceasefire will last forever. But it could also help Israel to win hearts across the border, in the Arab world. While Arab leaders are increasingly detaching themselves from the Palestinian-Israeli conflict, the Arab people did not let go of this issue. Should Israel be interested in turning the Abraham Accords into a real peace between peoples, and not only between leaders (as the accords with Jordan and Egypt), it must work to resolve its conflict with the Palestinians.

Given the fragility of the current situation, violence can erupt in the Gaza Strip and West Bank at any moment. The progressive camp in Israel believes that the two-state solution is still on the table. But it will not remain there for long if Israel’s ‘creeping annexation’ of Palestinian territories will continue and if more settlements will be established in critical areas (such as the E1 zone between Jerusalem and Ma’ale Adumim).

The Palestinian Fatah movement, which in the past had signed the Oslo Accords, currently rules the West Bank. Progressives in Israel believe that, seen its moderate positions, it is currently the only partner Israel can deal with, and – with the help of the international brokers – achieve a peaceful solution to the conflict. However, the Palestinian Autonomy, led by Fatah leader Mahmoud Abbas, becomes weaker and weaker by the day. If it is not strengthened today, it might fall apart tomorrow, producing an incredible mess and zero opportunities for future negotiations.

It is safe to assume that once US policy toward the Middle East will return to be more balanced and nuanced, Israel will also have to adjust, if it wishes to avoid a confrontation with Biden’s White House. But a truly progressive foreign policy in the region is necessary, one that sees beyond armies and autocrats, that promotes healthy and inclusive dialogue and stays away from shady deals. In order to promote this type of foreign policy, a deep structural change in Israel’s regional politics is needed. The progressive camp, that believes that the newly established relations between Israel, UAE and Bahrain should also include a reference to the Israeli-Palestinian conflict, must promote its agenda through media and in the Knesset. This agenda needs to be made part of an all-Israeli agenda and present Israeli decision-makers with clear alternatives, and with suggestions that they have not considered before. This is not easy, seen that there is little political support for such an agenda in the current Knesset as well as in the government, and yet the progressive camp in Israel must concentrate and present the public, as well as the decision makers with the alternative. It can also benefit from strengthening an alliance with fellow progressives abroad, in Europe, US and elsewhere in order to promote the values of peace and cooperation together.

The Israeli right: authoritarianism and ethnic supremacy, by Roee Kibrik.

Israeli Progressives should reach out more to their international partners, by Nimrod Goren.