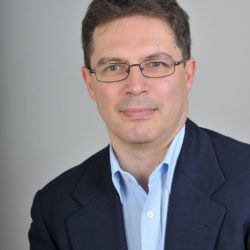 More than 30 years after the fall of the Berlin Wall, many hopes, aspirations, and expectations of the people in Central, Eastern and Southern Europe are unfulfilled despite full membership of their countries in the European Union. A new generation of leaders, based on broad, inclusive, and progressive social alliances, is necessary to achieve advanced levels of a knowledge economy and a full-fledged constitutional democracy.

One of the assumptions of transformation advocated by the international institutions, and uncritically accepted by the first and second generations of reformers in Central and Eastern Europe, was that all of the countries have developed a ‘premature’ welfare state. The only way for them to become internationally competitive was to dismantle or privatise some of the key pillars of social welfare, such as the public pension systems and, to a large extent, the public health systems.

Such a process requires a high level of participation of all stakeholders, a high level of social trust, and transparent and inclusive institutions of constitutional democracy. An institutionalised social dialogue with all of the main stakeholders – the government, trade unions and employers – can establish a more coherent approach to the development of a modern and inclusive knowledge economy and society. It requires a modern, sophisticated version of industrial and development policies, which were all practically forbidden in the first period of transition and EU accession.

Now, precisely these restructuring and development policies play a crucial role in the period of pandemic recovery and the green transition in the EU, US and elsewhere. High-quality industrial policies, however, require high quality and transparent public administration, initiatives, coordination and cooperation among all stakeholders – all of the characteristics that were underdeveloped, ignored and abandoned by the Central and Eastern European countries in the first stages of transition and EU accession. The dominant mantra was that the open markets would take care of everything. The governments do best when they do less.

The claim of ‘premature welfare states’ in Central and Eastern Europe was accompanied by the idea of the primacy of the international markets, and of residual social welfare policies and dependency on international financial flows. Structural and cohesion funds helped improve conditions in many vital areas of economic, agricultural and social life of many Central and Eastern European countries. These funds did not, however, lead to more innovative, inclusive, and sustainable developments.

The European regional yearbooks and the European innovation reports show the continuous divide between the most developed regions concentrated in a handful of European countries and the rest of the EU. A former Polish finance minister and deputy prime minister, Grzegorz Kołodko, who was also a scholar of the transition a decade ago, described Poland as a “two-thirds success story”, implying plenty of missed opportunities and mismanagement during the transition and EU accession.

In his data for the seminal work on Capital and Ideology, Thomas Piketty pointed out the empirical fact that the outflows from Central and Eastern Europe in the form of profits and other property income significantly outpaced the inflows of finance to that region.

The discontent of the population has its origin in the disillusionment with the process of transition, post-transition, and access to the EU mentioned before. The real innovative, productive, social, and democratic potential of the societies and countries in Central, Eastern and Southern Europe is there.

However, the backslide toward authoritarian populism with a modicum of improved social welfare policies is neither a necessary nor a sufficient step toward real social and economic transformation of the countries in the region toward a knowledge economy and inclusive, pluralistic societies.

A Hungarian biochemist, Katalin Karikó, working in the US, helped shield the world from the coronavirus. The tradition of science, research and education is strong throughout the CEE region. The next generation of reformers requires broad progressive social alliances within the countries, in the region and indeed across the EU to make structural improvements of their respective economies and societies.

A will to be different requires institutional imagination. Structural transformation requires transparency, vision, broad social alliances, and participation by all of the stakeholders. In order to extend the European Social Democracy to the 21st century, Social Democrats should move beyond the traditional tax-and-transfer policy toward reinventing and democratising the market economy itself. By broadening access to production, new technologies, long-term finance, skills and all other necessary resources Social Democrats can also expand their traditional social base.

Institutional innovations, such as decentralised public venture funds, dispersed and disaggregated property rights, regional development funds, can attract new social groups that remain excluded from the benefits and opportunities of globalisation and Europeanisation. Life-long learning support and finance could become one of the central social policies for a modern knowledge economy.Broad social alliances beyond the Third Way attempts in the last two decades could lead to an alternative future, more inclusive and sustainable. Bottom-up initiatives from local and regional levels in coordination with national and supranational policies can lead to a rebalancing of the processes of globalisation and Europeanisation beyond current hierarchical segmentation, and beyond the concentration of economic and financial powers in the hands of a few privileged corporations and regions.