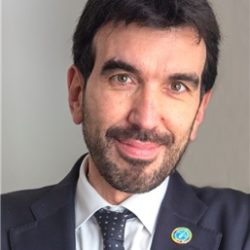 Hunger, climate, equity. These are the three key challenges resulting from the UN-led Pre-Summit on Food Systems hosted at FAO from 26 to 28 July and will be the focus of the Food Systems Summit scheduled to take place in New York on 23 September during the next General Assembly.

Covid-19 has pushed over one hundred million people to the brink of extreme poverty and food insecurity in just a year, bringing the number of human beings at risk of hunger to a total of more than 800 million. Climate change is putting a strain on all agricultural areas of the world and at the same time agriculture plays a decisive role in reducing emissions. Food production continues to suffer from profound inequalities and the paradox is a third of the overall production wasted every day.

What is now certain is that we cannot afford an inconclusive discussion. If we are to learn from what happened with the pandemic, we need to step forward. First of all, by truly recognising that human health is intrinsically linked to nature and all living beings. For this reason, action must concentrate on some decisive and interlinked areas.

The health emergency has aggravated the situation of hunger. More than eight hundred million people – about a tenth of the world’s population – live in conditions of malnutrition and the growth rate is higher than the increase in the population itself. More than half of the undernourished people, 400 million human beings, live in Asia, more than a third in Africa, about sixty million in Latin America. The centre of this landslide is unfortunately once again the African continent, where almost a quarter of the population is undernourished.

And the pandemic adds up to other causes. Not to forget that armed conflicts and wars remain one of the main causes of hunger. And the structural change in climate and temperatures cannot be underestimated: from Canada to Europe, to Asia passing through all continents.

We are losing biodiversity and compromising the planet’s natural resources. Rising temperatures are changing our life, landscapes, ecosystems. Agriculture and food systems in some contexts are at the same time victims and executioners of this short circuit and it is necessary to act by public policies to stop this spiral in order to really support the environmental transition for the majority of people and not just for a few strong economies, perhaps already fit for this transformation. One of the main issues is the access to technological and digital change which, if well oriented, can actually help to produce better, while consuming less. But this must be done by valuing food diversity and distinctiveness and not by pursuing the temptation of global standards.

For this reason, too, we must feel the urgency of a concrete perspective for a fair economy, including food. When unbridled price competition is played out on people’s skin, it produces an immediate compression of the dignity of those who produce and work. When finance speculates on food as if it were just a stock market game, it has serious implications for the right to food for millions of people. When global food production chains do not help local food systems, there is a risk of stifling the ability of many communities to live in dignity.

A more advanced balance for people and territories must be found. Hopefully, short supply chains and open international markets can coexist, as well as family agriculture together with large companies, agricultural diversity and fair prices guaranteeing dignity. Other important fields are the use of technologies, for example for precision agriculture, and the reduction of waste and pollution, through the enhancement of diets and food cultures. Building this perspective is by no means an illusionary phantasy. We have to want it and act accordingly. It is to be seen whether the Summit will bring the international community and the countries to an operational and concrete step forward, as we hope. Of course, we are now called to redouble our efforts and not waste time. Fighting hunger, protecting climate, through equity: these are the three challenges for a single, and urgent commitment.