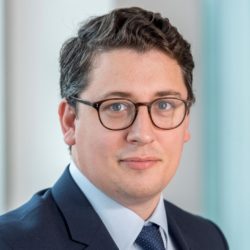 ‘The purpose, even existence, of our Union is being questioned’ – this opening line from the June 2016 EU Global Strategy has initiated reflection and action on EU defence to meet the triple task of dealing with international crises, helping partners and protecting Europe. The past 12 months have seen more activity on EU defence than has been witnessed over the last 12 years. However, will these initiatives realistically advance EU defence?

One of the first initiatives that emerged from the EU Global Strategy was the formation of a single military planning and conduct capability for the strategic command of some of the EU’s military CSDP operations. The logic is that having a single command structure for operations, as opposed to an individual structure for each operation, would improve the EU’s reaction time to crises. This is certainly true but one must consider that many factors such as a lack of financing and capabilities (both human and material) and complex rules of engagement affect the effectiveness of CSDP operations.

Luckily, EU-funded defence research projects are already off the ground but the real test will be whether the fund leads to the development of capabilities that can enhance Europe’s ability to act strategically and autonomously.

The coordinated annual review on defence is another interesting initiative. The rationale for such a review is valid, as the idea is that the European Defence Agency can assist member states overcome national and unsynchronised defence planning. The review should certainly lead to greater coherence of defence spending and capability priorities, but a key challenge will be generating the right degree of transparency among member states. The early signs are good but one must remember that the review is entirely voluntary and so it cannot be taken as a given that every member state will engage in a constructive manner.

Another major step forward has been the establishment of a European Defence Fund by the European Commission. Under the fund, the EU will – for the first time – invest in defence research and capability development. While the bulk of investments will be made after 2020, the Commission has already earmarked €90 million for defence research until the end of 2019 and it has made a proposal to spend €500 million on capability development from 2019 to 2020. This puts the Commission in the higher tier of defence investors in Europe but there is still much work to be done on knowing where best to target EU funds to help the development transition from defence technologies to scalable capabilities. Luckily, EU-funded defence research projects are already off the ground but the real test will be whether the fund leads to the development of capabilities that can enhance Europe’s ability to act strategically and autonomously.

How will PESCO lead to closer defence cooperation when it is still a largely intergovernmental affair governed by the unanimity principle?

Finally, we end 2017 with an historic agreement on Permanent Structured Cooperation (PESCO). PESCO is a treaty-based political framework that takes a contractual approach to defence cooperation based on common binding commitments and projects. These commitments will be subject to an annual review by the HR/VP to provide top-down support. PESCO is already leading to interesting common projects such as cyber threat response teams, a crisis response operation core, military mobility and many more. However, despite the momentous nature of PESCO a number of questions still remain, including: how will PESCO lead to closer defence cooperation when it is still a largely intergovernmental affair governed by the unanimity principle?

There can be no doubt that the EU has collectively taken great strides on its defence over the past year. However, we must see all of these initiatives as a means to an end – a more responsive, more capable and more responsible EU. Thus, the real mark of whether these initiatives will improve EU defence will come when the Union is a more capable defence actor that can stand up to a range of security challenges. The key will be maintaining this momentum; both in bad and good times.