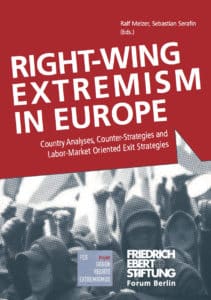 Right-wing extremism is a problem with pan-European dimensions. In 2011, the Friedrich-Ebert-Stiftung (Friedrich Ebert Foundation) released a study that compared group-focused enmities in eight European countries. The study revealed that approximately half of all respondents thought that their countries had too many immigrants. About a third believed in the existence of a natural hierarchy among differing ethnic groups. In the sample from Poland, statements conveying secondary anti-Semitism met with the almost 70 % approval.

How widespread and deeply-imbedded are far-right ideologies and organizations in Europe? How have right-wing extremist and populist parties and movements fared? What are their historical roots, and what is the basis of their continuing attraction?