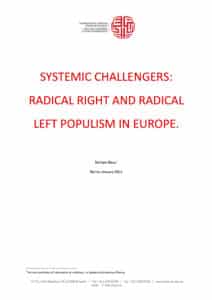 “Confining ourselves to populist right-wing movements in the strict sense we see that they rise to public attention in Europe only starting from the last quarter of the 20th century. Why were they such late-comers, compared to the far longer history of American populism?”