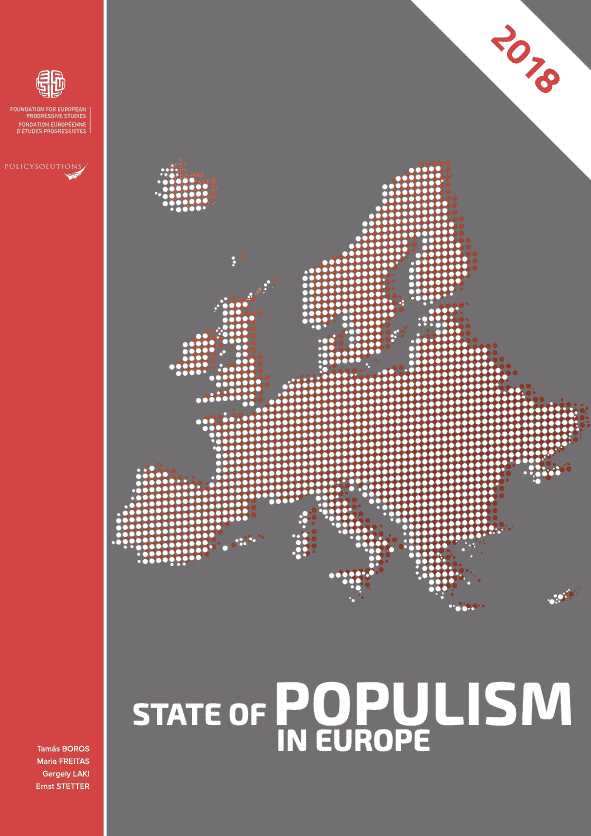 “Based on our Populism Tracker database, at the end of 2018, 30.3% of European likely voters would have voted for a populist party, in other words, over a quarter of the electorate supports some populist formation. A year ago, in December 2017, this ratio was somewhat lower at only 26.5%.

Therefore, one can definitely not speak about a populist breakthrough. What is happening instead is a slow and steady rise in the support for populist parties.

However, two major trends must be:

1)     The parties that tend to profit from the surge in populism are still generally right-wing – and in some cases far-right – parties. Apparently, in the vast majority of EU Member States right-wing populists are more likely to take control of the levers of government than left-wing populists

2)     Before 2018, a clear and obvious line separated the Mediterranean region from the rest of Europe in the sense that in the Southern countries the populist surge was almost completely limited to left-wing populists (e.g. Greece and Spain), while in the other European regions the right was on the rise. The other important trend of 2018 is that this division no longer exists – the right-wing populists have gained enormously in the polls in Italy and Spain, while the situation of left-wing populists has either remained unchanged or has deteriorated.”