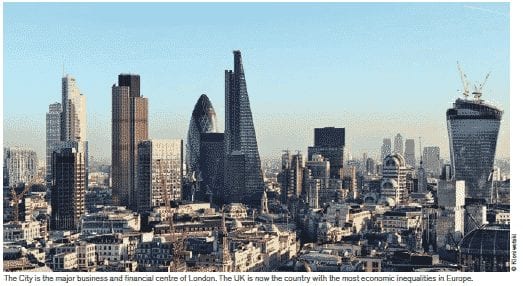 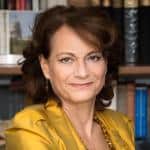 In the last years there has been increasing attention to the changes that have occurred in income distribution away from labour incomes, as well as to increasing inequality in personal income distribution: top incomes increase disproportionately, while low and middle incomes have been stagnating.

Top incomes (the highest-income 1% of population) generally consist of incomes from capital and a few very high ‘labour’ incomes earned by super-managers in large private companies. These trends are common to industrial countries as a whole, and Europe is no exception.

In the Eurozone, the average compensation of employees (including the tax wedge and social contributions paid by employers) in purchasing power has been stagnating since 2010, and increased very little (0,5 percentage points per year on average) since 2000. It must be noted that this is an average of all kind of wages and salaries of employees, including the high and generally increasing compensations of managers; accordingly, it tends to under-estimate the stagnation of wages of the large majority of non-managerial, low-income employees. Among the latter there are also differences (albeit of much lower import) with atypical workers usually experiencing lower pay.

There are of course differences among countries, which can be to some extent associated to their economic conditions. Some of the countries where productivity grew faster in 2000-07, namely Greece, Ireland, and, outside the Eurozone, the United Kingdom, saw an above average increase in wages up to the crisis, and a decline afterwards, following austerity measures and the fall in GDP. On the other hand, Germany experienced a moderate productivity growth along with a decline in real labor compensations up to 2007. It would be wrong however to believe that stagnating wages are simply the result of slow growth in productivity. If we take a long-run view, some tendencies common to all industrial countries emerge clearly, and show that wages and productivity have not been so closely connected as it is sometimes suggested. In the Eurozone, the ratio between average wage and average GDP per worker has been increasing between the beginning of 1960 and the end of the 1970s (meaning that wages increased more than product per worker) while since then that ratio fell by 20%. As a result, the net returns on capital have been increasing by about 50% between the 1970s and 2007. Afterwards they have lost ground, as a result of the negative effects of the crisis on the intensity of utilization of fixed capital and labour, and not of an improvement in labour compensation. Such long-term trends in primary income distribution (that is, before tax and subsidies from the government) between sources of income (capital and labour) have certainly contributed to increasing inequality in personal income distribution, which in many instances has been further enhanced by diminishing taxation of incomes from capital and high incomes in general.

What are then the long-term and most recent causes of wage stagnation? Mainstream economic models predict that normally wages tend to increase with productivity and that national income shares between capital and labour will tend to be stable. The evidence to the contrary has been explained mainly by technical change and international trade (globalization) both tending to make unskilled labour super-abundant, while at the same time technical change increased demand for skilled labour. This, the argument goes, would tend to increase the gap between the full-employment wages of the two types of labour. These models however encounter a number of theoretical and empirical difficulties, in some cases acknowledged even by the international institutions that base their analyses on these models. The evidence suggests that what has happened is not a widening gap between skilled and unskilled pay, since both have performed poorly, at the advantage of a tiny minority of super-managers and of incomes from capital.

Like many other economists, I believe that at the origin of the observed trends there is a profound change in economic policies and institutional setting that began at the turn of the 1970s, as a reaction to the changes in income distribution and the increasing economic role of the state. In fact, the latter tends to subtract to private capitals opportunities for profitable business in areas such as retirement insurance, health, education, and public utilities. These changes have been well described, particularly with reference to the United States, by several economists of diverse orientation[2], and have been taking place in Europe too, with a sharp acceleration after the 2008 crisis and the subsequent push towards austerity policies accompanied by so-called structural reforms, that is, labour market deregulation and privatizations.

The main transformations initiated at the end of the 1970s have involved changes in monetary and fiscal policies and rules, and profound institutional changes in labour market regulations and the role of trade unions. The combination of the high unemployment generated by the changes in macroeconomic policies, and the institutional changes weakening collective wage bargaining and deregulating labour markets have impaired wages growth, while the high real interest rates between 1980 and the end of the 1990s represented an incentive for firms to search for higher returns on productively invested capital.

According to mainstream economics, such changes in distribution and labour markets institutions should have led to lower unemployment. This however has not been the case in the Eurozone, neither before nor after the crisis. There is increasing evidence that employment protection legislation has no impact on unemployment rates across countries and periods[3], while sharp cuts in nominal and real wages after 2008 in some European countries have been accompanied by a huge surge in unemployment.

Following a different, broadly post-Keynesian view of the functioning of the economy the prediction on the contrary is that lower labour incomes (in absolute or relative terms) adversely affect consumption demand, and hence worsen growth and employment. In turn, the lack of GDP growth, or its decline, dampens new investments and hence productivity growth. These views are confirmed by the economic performance of the Eurozone and particularly of those countries where austerity policies and wage cuts have been sharpest. Thus, in a vicious circle, worsening of income distribution along with public budget cuts increases unemployment, and this in turn tends to further depress wages and increase inequality and poverty, with adverse consequences on economic performance.

Given the economic analyses and policies prevailing in the Eurozone today, which explicitly propose wage cuts and labour market deregulation as means to recover growth and international competitiveness, the perspectives are indeed gloomy. However, the good news is that since unemployment and low wages are the result of specific policies, a change in such policies could be very effective. The changes ought to be towards non-restrictive budget policies and higher wages in order to sustain demand. Such efforts ought to be particularly strong in Germany: this country carries, in violation of the six-pack European agreement, a huge surplus in its current account, since it has pursued a model of growth based on stagnating internal demand and growing exports. Accordingly, by fostering its internal demand (i.e. private consumption and public expenditure) this country could increase its imports from the rest of Europe and thus help recovery in Europe by making its economy grow more. Unfortunately, changes in this direction are not on the agenda of the European institutions and political leaders.