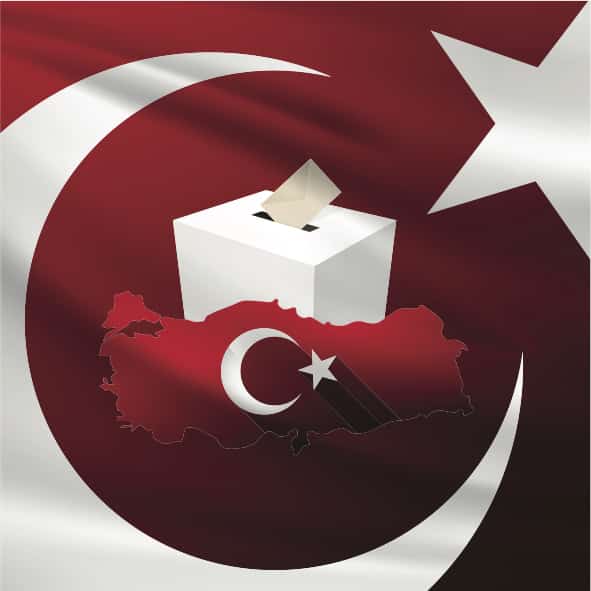 The elections on June 24 served as the “finishing touch” in realizing the structural alteration of the political landscape of the country as was ratified by an earlier referendum in 2016.

The elections were a procedural step forward with the implementation of constitutional changes whereby the ruling party cemented its political gains, came out the front-runner in the ballot-box and, to a large extent, achieved its intended political objectives of setting the country on the course of fundamental political and social transformation in the coming years.Today, any analyses and futuristic foresights on Turkish politics must take into account a whole set of a) new political structures to be introduced in the country, b) new political practices to be observed, c) new political styles to be adopted and, most critically, d) the entrenchment of the political psychology with heavy religious-nationalist overtones that underlies and determines both the substance and direction of change ahead.

The new system shall confine the oversight authority and legislative powers of the parliament to the simple position of symbolic enactment of laws and regulations as proposed and deemed appropriate by the Executive Branch.

At the constitutional level, a tight streamlining of the state powers and the various branches of the government under the practical command and control of the president is bound to impair dramatically the system of checks-and-balances and substantially weaken the rule of law in all vital facets of the public life in the country. The new system shall confine the oversight authority and legislative powers of the parliament to the simple position of symbolic enactment of laws and regulations as proposed and deemed appropriate by the Executive Branch. Finally, the new system shall restrict the position of the political opposition to that of a mere document-producer in the parliament, with no real capabilities to affect any policy impact in related parliamentary debates, taking on a reduced role of the “legitimizing agent” in the system.

Considering the severely curtailed level of legal and constitutional protections for civil liberties, basic freedoms of expression and public political opposition, the new system shall wreck the activities and the healthy development of civil society, laying the greatest cost of the envisaged transformation of the political system on the very sources of vitality of the democratic organizations in the society.

Notwithstanding these expectations, it is important to note that this is the first time in his quarter of a decade of electoral career that the president has received barely an equal percentage of votes to the percentage of votes his party received. So far his personal popularity had exceeded steadily that of the institutional popularity of his party. Furthermore, the ruling party has received historically low levels of popular vote, 7 percentage points less than its latest performance back in November 2015. Finally, the ruling party failed to secure even a simple majority in the parliament, a significant draw-back in its popular image, no matter how little the parliamentary presence would mean in the new system.

Therein lies the true dependence of the ruling party and the president on the support of the nationalist party for exercising any of the broad powers that the new system shall provide for them.

On the other hand, the nationalist party, the “junior” partner of the political alliance with the ruling party has emerged as the real winner of the election as they preserved their key balancing position in the elections. Their support to the president is critical, as without it, he would not have been able to succeed in the first round of voting, placing them in the position of a serious political force for the president to reckon with.

Though mostly symbolic under the new system, the nationalists, in their new political posture, also provided the much-needed support for the ruling party to attain a simple majority, at least, in the parliament. Therein lies the true dependence of the ruling party and the president on the support of the nationalist party for exercising any of the broad powers that the new system shall provide for them. Equally, this also marks the era of real political coalitions in the Turkish political arena once again, while also demonstrating the potential for serious limitations on decision-making flexibility of the new presidential government model in a clear contrast with what was originally intended by the new system. As such, the new, faith-based and nationalistic partnership of dependency shall dominate the style and political psychology of the political life in the country in its domestic and international outlook in the years ahead.

The opposition fell short on one critical point during the campaign, though: they got trapped into campaign themes based on personality-targeting

With regard to the role and the position of the political opposition and considering the circumstances of grossly asymmetric conditions on the campaign trail in favor of the ruling party in a “snap” election, it is clear that both at the presidential and parliamentary levels, opposition parties and individual candidates have performed quite successfully. On one hand, they managed to restore the pluralistic outlook of the parliament as a six-party platform which carries significant value for the future prospects of politics in Turkey. On the other hand, individual candidates performed outstandingly, exceeding even the most optimistic expectations in electrifying their respective constituencies and effectively rallying grass-root support for the defense of the parliamentary system and for the preservation of the pluralistic nature of the political system and political institutions in the country.

The opposition fell short on one critical point during the campaign, though: they got trapped into campaign themes based on personality-targeting, supported by quick-fix, “redistributive promises” within the very system that, itself, breeds inequalities, poverty, hopelessness, personal tragedies of people who have nowhere to go or nobody to turn to.

As such, they failed to communicate and offer a convincing case of a truly alternative vision of the world, taking the individual in the center of attention as the indivisible and equal part of a common polity, ensuring fairness and security in its orientation for the present and the future. One last word for the opposition: an impressive performance on the campaign stage, effective social media, sincere and real touch with the crowds are all but no substitute for sound, consistent, well-thought out, comprehensive statements of ultimate political goals, an alternative political vision and strategy.