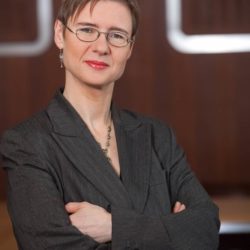 In several Member States, parties have campaigned for “no new taxes” and for lowering the tax burden. They neglect the fact, however, that to improve the tax system at home, there is a European angle to address. A better slogan would be “smarter taxes”. A strategy is needed, that combines a domestic dimension, with taxes that help to make the economy more social and environment-friendly, and an EU-dimension, to ensure that tax policy is compatible with a well-functioning EU single market.

The right-wing governments in Italy and Austria, for instance, had promised to their electorate to lower taxes but forgot to convey that lowering them the way they planned would imply a less fair sharing of the taxation burden within their country and a crystallisation of the imbalances among EU countries.

In a recent FEPS report on “Rewriting the Rules of the European Economy”, we make a strong case for why European countries should revisit both old credos and more recent assumptions about what makes for a good tax system.

The sheer magnitude of taxation in Europe – it averages 35% of GDP – demands that we take this question very seriously. Designed badly, taxes can distort otherwise productive forces and lead to inefficient outcomes and drive ever-greater inequality. Designed well, tax policies can encourage a sustainable environment and investment and discourage harmful behaviour (like speculation, pollution or smoking). Simplistic slogans in favour of fewer taxes obscures the real choices that a European country faces in the 21st century.

A well-functioning dynamic economy in the 21st century requires heavy public investments—not just in infrastructure, but in basic research and technology (if one wants to be part of the global innovation economy), in education and training and active labour markets (if one wants to have a productive labour force, quickly adapting to changing market conditions), in social protection (if one wants to be sure that no one is left behind).

With a little bit of vision and ambition, EU national leaders could campaign for an overhaul of the tax system towards “smarter taxation”— more equitable and more efficient taxes, within a country and between countries. That would imply addressing some of the failures of European economic integration in the sphere of taxation. It also means giving up on the shibboleths that have shaped tax policy for the last third of a century.

Our vision calls, for instance, for developing a tax reform in a direction that is sustainability-oriented, creating incentives to invest in the green and circular economy as well as in energy-efficient resource-minimising undertakings.

In a partly integrated system such as the EU, the freedom of establishment translates into the possibility for multinational corporations to declare taxes where it is most convenient.

A principal reason for the reduction in business taxation is related to the unwillingness of EU leaders to address taxation at EU level. EU Member States still compete with their neighbours by lowering the corporate tax to attract the tax base, instead of using community methods to make sure that businesses pay their fair share of taxes. In such a partly integrated system, the freedom of establishment across Europe translates into the possibility for multinational corporations to declare taxes where it is most convenient—where taxes are the lowest or where they can craft the best deals (as Apple did with Ireland). This puts small and medium-sized companies at a decided disadvantage. Tax competition has been weakening Europe and its economy, and yet today, there is little momentum to curb it, let alone to eliminate it.

If governments around the EU want to be serious about lowering the tax burden on their people and on their companies, they should first and foremost demand reforms within the EU. Companies in Austria pay a statutory tax of 25%, whilst neighbouring Hungary has set the corporate tax rate at 9%. It is Ireland however, with its 12.5% of statutory corporate tax, resulting in an effective tax rate for multinationals not higher than 4%, that illustrates the essential problem. In 2014, Apple paid taxes of just .005% of its claimed profits in Ireland—and much of those profits should rightly have been booked elsewhere in Europe, including Italy and Austria. But Ireland is not alone: Luxembourg too is a corporate tax haven, as income is shifted there, through for instance royalties on intellectual property, and then taxed at less than 6%. According to a study of the European Parliamentary Research Service, yearly average corporate tax losses caused by profit shifting in the period 2009 to 2013 amounted to more than €70 billion for EU Member States. Why accept such distortions, such inequities, within the EU internal market?

It is not necessary to harmonise fully corporate tax to deal with such problems. EU countries could agree on a range of rates that still leaves freedom to Member States or they could simply introduce an EU-wide minimum corporate tax of 20%, for example. It would be a farsighted step. Rather than compete against one another for corporate business, European countries could and should stand together to make sure that tax revenues on the profits of multinationals are duly collected, especially in this moment where substantial investment is needed to address the digital and ecological transition.

The OECD initiative on profit shifting, while a step in the right direction, does not go far enough. This is the time to finalise the common European initiatives against profit shifting that the European Commission has been pursuing for some time now. In particular, the EU should introduce a harmonised corporate tax base which would be allocated based on an apportionment formula, and country-by-country reporting by multinationals.

Another area of action worth pursuing, both at EU and national levels, is capital gains, i.e. the increases in the value of assets. In practically all EU countries, capital is taxed more favourably than labour. On average, interest income is taxed at comparatively low rates, at 23 percent. In some countries (Belgium, Cyprus, Croatia, Luxembourg, and Slovakia) capital gains are completely exempt from taxation. Since capital is a more important source of income for the wealthy, this favourable tax treatment of capital reduces the overall progressivity of income taxation and creates distortion among EU countries in investment allocation.

As the EU’s power structure of this new legislature is shaping up, it is important that national representatives understand that much of what they can do for their country in the field of taxation has to be done in Europe. And not necessarily in “Brussels”, but rather in The Hague, Luxembourg City, Dublin and La Valletta.