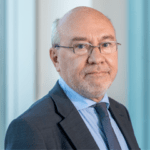 by Luk Van Langenhove
Research professor at the Institute for European Studies at the Vrije Universiteit Brussel (VUB) and founding director of the United Nations University Institute for Comparative Regional Integration Studies (UNU-CRIS).

Chapter VIII of the UN Charter foresees a role for regional arrangements in global governance of security, especially the peaceful settlement of disputes. The Charter though also foresees a clear hierarchy between the global and the regional levels: any enforcement action that involves a regional organisation can only be organised under the authorisation of the UN Security Council. The proposal here advanced however is to engage in a process of networking the UN with regional organisation as a stepping-stone to Multilateralism 2.0.

There have been several attempts to connect the global scope of the UN with the endeavours of regional organisation. But political reality has always been a spoiler for any form of co-operation or division of labour. Only since the end of the cold war has there been room for a re-vitalisation of Chapter VIII. For some, Chapter VIII is to be regarded as an opportunity to reform the UN without changing the Charter, with the prospect that it could make the UN more inclusive and might help in raising the capacities and resources of the UN.

Meanwhile, other developments have opened new possibilities for enhanced collaboration between the UN and regional organisations. The first of these developments is the changing nature of security threats. The initial ambition of the UN was clear: avoiding or stopping armed conflicts between states. Today however, that ambition is much wider and includes different aspects of human security such as fighting climate change or pandemics. This opens the door for enhanced collaboration and coordination.

The initial ambition of the UN was avoiding or stopping armed conflicts. Today however, it is much wider and includes fighting climate change or pandemics.

The second development is the changing nature of governance. From a concept guided by the principles of sovereignty and subsidiarity, governance has evolved to a system of networked actors that have various statehood properties. According to Anne-Marie Slaughter, the future is a “network mindset” that replaces the old “chessboard” emphasis on states, sovereignty, coercion, and self-interest, with the web’s orientation toward connections, relationships, sharing, and engagement.

Talking and walking the partnership

Most attempts, however, at forging partnerships between the two entities, at first glance, look more like streamlining the presence of ROs within the UN structure than a real networking. If the latter is to be achieved, then the UN needs to be prepared to go further than consultation and looking at how regional organisations implement Security Council decisions.

When the UN was set up in 1945 it had 51 members. Today there are 191 members, and the security threats are different (for example, climate change, pandemics, scarcity of resources, and biodiversity). The growing awareness of the threats due to the current weaknesses of multilateralism, together with the opportunities related to the regionalisation and networking of the world, are creating the political possibility for change. The key issue in reforming the UN is that it has to find a way to create a balance between the UN’s responsibilities and its representation of people on our planet. Such a complex balance cannot be found in reform proposals that are merely based upon nations as the sole building blocks of multilateralism. States have to adjust to a world where other units of governance, from the vey local to the global level, will have statehood properties. This creates a complex level of governance called multi-level networked governance. Two of the key questions are what should be tackled at the global level and what should be left to regional organisations; and what kind of interactions are needed between the actors.

States have to adjust to a world where other units of governance, from the very local to the global level, will have statehood properties.

A more structured relationship between the UN and regional and other intergovernmental organisations needs to be developed, which guarantees greater coordination and cooperation in both policy and action. It is time to re-think the relationship between the UN and the ROs, both inside and outside the canvas of Chapter VIII, and to work towards a new networked partnership based upon equality.

Advocating the role of regional organisations in the UN is not new, but a new start is needed based upon a clear conception of the added value of the process to the Security Council, to the relevant UN departments, to the Ros, and to the member states.

The proposal here advanced is to engage in a process of networking the UN with ROs as a stepping stone to Multilateralism 2.0. This process should be guided by a series of principles and a clear vision of why this networked partnership is necessary. It should also be guided by a set of operational steps to realise the proposal

Principle 1. The UN and ROs should play complementary roles in facing all global challenges including international peace and security.

Principle 2. Although for traditional peace and security issues, the primacy of the Security Council needs to be preserved at all times, the coordination and cooperation between the UN and the ROs  can be organised without such a hierarchical relationship for all other global issues.

Principle 3. Pragmatism is key. A new partnership should be built on the comparative strengths of each organisation. Geographical proximity and close historical, economic and cultural ties amongst members of regional organisations lead to a potentially better understanding of the root causes of regional conflicts and thus to developing peaceful solutions to them. Similarly, regional organisations are perhaps best placed to operationalise policies to deal with global problems.

Vision of the added value

The raison d’être of such a networked interaction could be to create:

Strengthening the relationship between the UN and regional organisations should be done in the spirit of a networked governance structure and geared towards all human security problems.

The cooperation between the UN and regional organisations should contribute to enlarging the UN from an intergovernmental organisation to an open organisation where all relevant actors for peace and security can meet. This not to say that the Security Council needs to be transformed as from tomorrow. But expanding it into a hybrid platform with a mixed membership is perhaps feasible: partly countries, partly regional organisations.

A final word on how to implement such a reform process is that it can only be done by an actor that operates within the UN and that is a power itself outside the UN. Of all the ROs operating today, only the EU seems to have the capacity and the capability of driving the process. But does the EU, and thus also its Member States, want to use soft power to be a change agent in the UN? In this context it is good to remember that the UN and the EU both have their roots in the thinking about a future governance structure after the second world war. And as Winston Churchill famously said: “There is no reason why a regional organisation of Europe should in any way be in conflict with the world organisation of the United Nations. On the contrary, I believe that the larger synthesis will only survive if it is founded upon coherent natural groupings.”