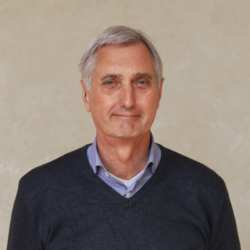 by Anton Hemerijck
Professor of Political Science and Sociology at the Department of Political and Social Sciences, European University Institute in Florence

Until a few months ago, the policy and academic debate in the EU revolved around the Recovery and Resilience Facility (RRF), praised across the board as proof of European solidarity and a concrete manifestation of the EU commitment to address the pandemic crisis. The RRF indeed marked a leap forward towards a stronger redistributive role of the EU a clear break from the austerity reflex that prevailed over the long decade of the Great Recession.

The shift signalled a new expansionary-oriented policy framework, which – most importantly – made access to EU fiscal support conditional on forward-looking social reform and investment plans. In the background, the European Pillar of Social Rights, with its fine balance of protective and activating policies for well-functioning labour markets and welfare systems, offered a coherent policy framework. And it also invoked the contours of an EMU governance as a positive holding environment for flourishing – social-investment oriented – welfare states.

The European ethos of fair compensation

Then, on 24 February, the skies over Europe darkened again by Russia’s invasion of Ukraine. Anxiety over energy and food shortages, rising inflation, and increasing interest rates once more conjectured a gloomy scenario for Europe. As with the Covid-19 pandemic, the European Commission promptly intervened to foster affordable energy for EU citizens, also by hoarding gas storage close to full capacity by the end of October. For the near future, the main points on the EU’s energy agenda are the reduction of the Union’s energy dependency by diversifying energy sources and supplies and accelerating the transition to clean energy. Notwithstanding these efforts, Russia’s de facto embargo on gas exports has sent spot prices on Europe’s exchanges to unprecedented heights. In this context of predicament, national welfare states have been called back to duty to shelter the most vulnerable low-income households.

The Philosopher John Rawls has stated that any change in economic and social inequality should favour the least advantaged. As European countries are preparing for an ice-cold winter, it is striking to see how strongly engrained this Rawlsian ethos of fair compensation really is – irrespective of the political colour of the government. Likewise, at the European level, the Commission has unveiled an emergency plan to raise 140 billion euros from energy companies’ profits to cushion the blow for households most in need, on the exact same principle of fair compensation. So far, so good.

The imperative of secure capacitation

However, as we know by now, a truly resilient welfare state can no longer be solely anchored on the principle of fair compensation. The shift to post-industrial globalised and knowledge-based economies and societies went together with increased female employment as well as more heterogeneous, flexible and precarious employment relations in the service economy. Against the background of ageing societies and the need to foster a green transition, the principle of secure capacitation must be placed on an equal footing with fair compensation. This requires social investment in early childhood education and care, education and training, lifelong learning, active labour market policies, parental leave, other work-life balance policies and long-term care.

For the decade of the Great Recession, social investment remained a privilege for countries with deep fiscal pockets. With the RRF, less fortunate countries were allowed to put the money where the mouth is. Indeed, preliminary evidence from the recovery and resilience plans shows that the opportunity to be more serious about social investment was seized by many member states.

Already before the beginning of the war in Ukraine, however, there were some problems in the implementation of the plans. The most problematic point is that RRF support is tied to hard infrastructural investments, such as school buildings, but not to the human capital investments in carers, teachers and doctors. In the absence of the fiscal space to cover so-called current expenditures and in the context of strained public finances, the risk of giving up on social investment reform, for the time being, is manifest, especially for more disadvantaged regions. This would be mistaken.

In her State of the Union speech, Ursula von der Leyen anticipated new ideas for the European economic governance to give member states more flexibility on debt reduction paths. Fair enough, but we should not lose the positive incentives to brace social investment reform. However, no sustainable debt reduction strategy is credible in the long run without social investments in resilient welfare states. For this, it is not enough, in the words of the Commission President, to simply ‘stick to the RRF plan’.

The message is clear: additional resources are needed to secure capacitation. To avoid a debt-inflation spiral, it is of utmost importance to reconsider taxation in the welfare equation. True enough, we should not confuse income distribution as a measure of inequality with income redistribution and progressive taxation as a policy lever to counter inequality. What matters is how revenue is spent. By and large, secure capacitation – from early childhood to old age – contributes more to poverty reduction than income redistribution per se. This point was lost in translation. This time, secure capacitation cannot be sacrificed on the altar of fair compensation. For years, the Commission has advocated in its biannual report on Tax policies in the EU for wealth transmission, individuals’ capital income and property taxation, green taxes, progressive personal income taxation and targeted tax relief for low-income groups. It is urgent to translate these recommendations into concrete policies. In addition, a coordinated approach to counter EU tax erosion is imperative. Finally, in line with the proposed windfall taxes on energy companies’, ‘abnormally high profits’, a temporary ‘European solidarity levy’ on the well-off is justified as public borrowing costs will most likely go up considerably.

Under the dark skies of the war, the time is ripe to take the bull by the horns by anchoring resilient welfare systems on stronger progressive taxation.