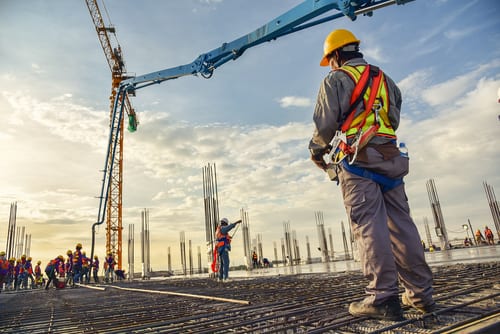 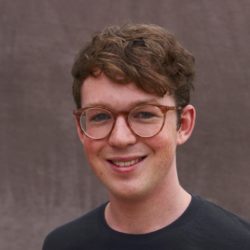 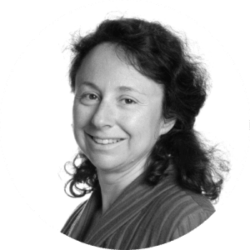 by Susanne Wixforth
Head of unit in the Department of European and International Trade Union Policy at the German Trade Union Confederation (DGB). 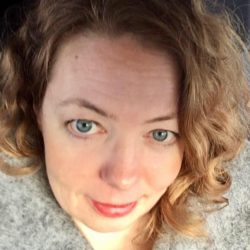 by Judith Vorbach
Advisor for European Policy at the Austrian Chamber of Labour and member of the European Economic and Social Council (EESC).

Only a true paradigm shift can make Europe’s economies crisis-proof and address increasing wealth gaps. The European Union needs to turn away from restrictive fiscal rules, and expand its own resources as well as public investment.

The famous board game Monopoly teaches children from the earliest age the driving principles of modern-day capitalism: to win the game, one must have more than the others. One rule is of paramount importance: when everything goes wrong, you just “pass Go” and the game starts again with new luck and fresh money. However, recreating equal conditions by “passing Go” only works in board games. In real life, rising inequalities end up in wealth accumulation for some and bankruptcy for others. In Europe, social inequality keeps growing since the 1980s. More than half of the wealth in the Eurozone is concentrated in the hands of the richest 10 percent. At the same time, millions of Europeans suffer from badly equipped health and social security systems, as well as unemployment and poverty. To reduce the deepening wealth gap between Member States, we need to change the rules of the European economic governance fundamentally.

“Europe needs more solidarity: the promise of social upwards convergence between Member States must be held.”

The Covid-19 pandemic shows once more that the EU lacks resilience in times of crisis. The crises of the future – be they economic, financial or pandemic crises – will be European and global phenomena. Even though they do not hit all Member States in the same way, they still weaken the European project as a whole. Therefore, Europe needs more solidarity: the promise of social upwards convergence between Member States must be held. In addition, the Union must fight inequalities inside Member States by creating minimum standards for social security and strengthening the Member States’ revenue side. Europe needs more own resources – but it also needs its Member States to finance themselves through comprehensive taxation rather than depending on financial markets.

The architecture of the Economic and Monetary Union remains incomplete. While the monetary integration of the Eurozone is fully accomplished, the euro countries still pursue their own fiscal and economic policies. This leads to a race to the bottom in which Member States bargain with lower levels of taxation, social protection and wage costs in order to attract companies. Instead of economic and social cohesion – as pledged by Article 3 of the Treaty of the European Union – the neglected question of redistribution inside the Member States translates into decreasing solidarity betweenthem, especially in the Eurozone. Social inequalities and wealth gaps undermine peoples’ trust in European cooperation.More and more Europeans deprived from upwards convergence and confronted whith increasing poverty and inequality in their own countries ask are asking themselves, ‘why should we support the others before helping ourselves?’

The debate about imbalances between Member States, important as it it, tends however to overlap fundamental questions about fair distribution within our societies. The income and wealth gap increases dramatically in many EU Member States. In Germany, for example, the richest one percent possesses more than 30 precent of the overall German private property. The risk of poverty and the number of poor people increases all over Europe. In Germany 15.5 percent of the population lives in poverty.

To counter this dangerous trend, we need to create resilient and solidarity-based structures which meet two main criteria: they must stabilise the Union in times of crisis and consolidate social protection in the Member States.

“SURE now agreed upon by Commission and Council is a first step in this very direction but cannot replace the initial idea of a reinsurance scheme.”

This dual function could be fulfilled by a European unemployment reinsurance scheme. On the one hand, this mechanism would act as an automatic stabiliser which backs up national unemployment insurance systems in case of major recessions. On the other hand, the reinsurance scheme would sustainably strengthen the Member States’ unemployment systems by linking its grants to the condition that national schemes are financed in a robust and solidarity-based way. The temporary Support to mitigate Unemployment Risks in an Emergency (SURE) now agreed upon by Commission and Council is a first step in this very direction but cannot replace the initial idea of a reinsurance scheme: SURE is entirely based on loans (instead of grants) and it merely protects already existing jobs (by backing national short-time work schemes). An unemployment reinsurance, on the contrary, could act as a macroeconomic stabiliser when unemployment starts sky-rocketing.

Another instrument capable of stabilising and creating helpful conditionality is a common European debt mechanism or, as proposed by the Spanish government, perpetual bonds. Fair conditionality could lead to a new and crucial step of European integration: completing the economic governance with criteria for the revenue side, for example in the field of tax fraud and aggressive tax avoidance.

Fiscal policy is still the most delicate part of the economic governance and needs to be fundamentally reformed. The fiscal rules are too restrictive and deprive Member States of the necessary leeway to react to beginning recessions. Hence, the rules exacerbate crises instead of preventing them. Now that Member States were allowed to use the emergency clause to temporarily exit the rules, Europe needs a fresh start for its economic governance, focusing on sustainable and inclusive growth as well as fair distribution of wealth.

In addition, the instruments described above can only develop their stabilising effects when they overcome the unequal possibilities of Member States to support their economies in times of crisis. Therefore, these instruments must be financed by European own resources. While there is quite some debate on how to generate the required funds – be it through Corona-Recovery-Bonds, perpetual bonds or existing mechanisms like the ESM – the importance of European own resources and therefore fiscal capacities tends to be underestimated. Currently discussed proposals like a financial transaction tax, plastic taxes, a carbon border adjustment mechanism, digital taxes, wealth taxes or a common consolidated corporate tax base and minimum tax rate could not only help to fight tax evasion but also open up unprecedented fiscal leeway for the EU.

Moreover, the European economic model needs a strategy for public investment. Despite the fact that the corona crisis has set our economies on hold, problems that we had prior to the pandemic will not disappear once it will be over. Therefore, the recovery measures must clearly address issues such as climate change, digitalisation, increasing inequalities and demographics. Europe must seize the current crisis as an opportunity to implement comprehensive and transformative public investments. This is only feasible if we promote crucial investments via a ‘golden rule’, which would allow Member States to exempt public investments in future-oriented projects – such as the green and digital transformation – from the European fiscal rules. It would therefore ensure that all Member States, including those with high debt ratios, are able to deliver the necessary future investments and contribute to the overarching goals of the EU.

Protecting and creating public goods for all Europeans must be the core of our political reasoning: strengthening social infrastructure, education, childcare, research and development as well as a European agenda for public health and sanitary crises.

The success of these ideas will heavily depend on who is going to be involved in the relevant decisions. As we can currently observe, the price of an economic recession is once again paid by those who suffer most from the crisis: workers, young people, and the unemployed. For them to have their say in European politics, trade unions need to participate more actively in economic policy decisions. The Conference on the Future of Europe is a welcome opportunity to get people involved from across the continent to enhance solidarity in Europe and to make it more just and resilient. If needed, changing the European Treaties must not be a taboo.