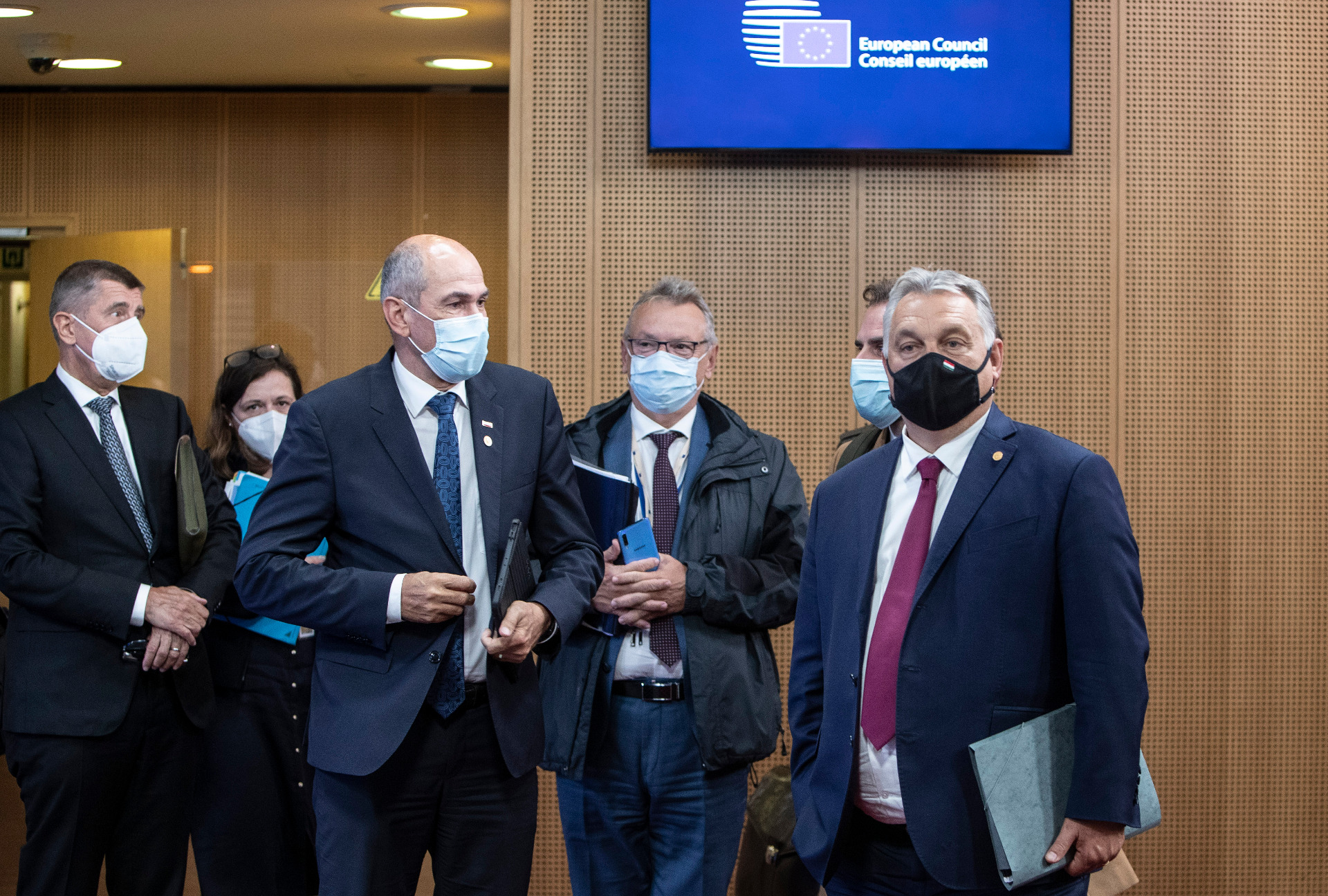 To mark the start of the six-month EU Council presidency of Slovenia, a grandiose musical and ballet performance was arranged on Lake Bled. This reminded me of my own very first visit to Slovenia, which was also linked to music, though with a much more modest profile. As an unassuming clarinet player in the wind orchestra of my hometown Zalaegerszeg, I felt privileged to cross the border and visit our closest Slavic neighbours.

What we played I do not remember as much as the hill-size portrait of Josip Broz Tito in a sub-Alpine restaurant where we were dining. This type of cult of personality was not in fashion by that time in Hungary. But Tito was indeed larger than life: not only an anti-fascist war hero, but a post-war global leader from the class of Jawaharlal Nehru, Gamal Abdel Nasser or Houari Boumédiène. Tito’s Yugoslavia was more autonomous and less isolated than we were, having more economic competition but at the same time also more workers’ self-management, and very importantly, a level of inter-ethnic understanding not seen in the Western Balkan region before or after.

Today’s Slovenia is headed by a comical right-wing politician, Janez Janša, who is mocked as “Marshal Tweeto”, because he tends to imitate the previous US president in the way he uses social media and bullies journalists as well as critical intellectuals. In the national parliament, the aspiring strongman faces a fragmented opposition which he tries to keep in check by extending his control over the media and the judiciary (a déjà vu!).

However, the Janša question should not distract from the fact that the government of Slovenia is assuming the EU Council presidency for the second time, also signalling that the “new member state” categorisation to those who joined the European Union in 2004 (or 2007) is increasingly obsolete. Nevertheless, this phrase is still in circulation, revealing that the countries on the Eastern flank of the EU are perceived as connected with a sense of underdevelopment as well as immaturity.

Ten years ago, the lack of maturity in the East was proverbially connected with corruption in Romania and Bulgaria. Today it is about the extinction of the rule of law in Hungary and Poland. And in the last two years, Slovenia, a small but smart country with places of exceptional natural beauty, descended into being a miserable franchise of Viktor Orbán, the autocratic ruler of Hungary.

This outcome was not inevitable. Implementing a smooth and coordinated transition to the market economy after being catapulted out of Yugoslavia exactly 30 years ago, maintaining substantive social dialogue structures, solving border issues with Croatia in a counterintuitive compromise, and joining the single currency as the first country from the East, made Slovenia a respectable role model in the region. This image is over now, and the country is struggling to launch a constructive presidency semester.

At the helm of the Council, Slovenia is supposed to help bring the EU to post-coronavirus cruising speed towards recovery, resilience as well as strategic autonomy. As Minister of Foreign Affairs Anže Logar stressed: they would like to help the EU to actively build on the lessons learned during the pandemic. Within the semester itself, this requires attention to and if necessary supportive action for the timely disbursement of Next Generation EU (or NGEU, with its main component, the Recovery and Resilience Facility). Looking beyond the six-month cycle, this means creating the foundations of a new compartment of EU integration: the Health Union, but also helping to ensure that the post-pandemic EU does not attempt to return to the ill-conceived fiscal rulebook.

Last year, the biggest debate about the NGEU was not how it fosters green and digital transitions, but whether and how the rule of law conditionality should be applied. The rule of law and its strengthening now appears on the Slovenian Presidency agenda, together with the need for “a better understanding of the different systems in the Member States”. The Slovenian government’s framing of the issue suggests that “a good understanding of constitutional, socio-economic, political, historical and all other similarities and differences between Member States can help strengthen the rule of law in the EU”.

There are only two problems with this framing. First, it suggests that the rule of law “in the EU” should be strengthened, as opposed to strengthening it in specific member states. Second, it intends to replace deviation with diversity, and potentially creates – through historical, socio-economic or other justification – some kind of tolerance towards those who have been blatantly violating and undermining the values the EU countries are collectively committed to. If Orbán’s crony is allowed to set the scene for the discussion on rule of law and democracy, we have a problem.

Make no mistake, heavy political anomalies also exist in the West. The strength of the far right from France to Flanders, the Catalunya constitutional conundrum in Spain, and the intertwined informal economic and political power structures in the South of Italy should all be matters of concern for the whole EU. But the political deformation in Hungary under Fidesz’ rule tops the list of anomalies. It is well beyond tolerable. And Slovenia is now risking becoming a replica.

This sorry state of affairs can lead, by association, to damaging issues that otherwise would need to be supported and the Slovenian presidency is working hard to promote them. The number one issue in this category is the completion of EU enlargement by incorporating the territory between Croatia and Greece. The government of Slovenia will organise a summit on the Western Balkans in October in order to revitalise the process of enlargement. This should be well prepared and needs to succeed.

It matters here that, on average, newer member states are more pro-enlargement than older ones. If they have an opportunity, they advocate the cause of Western Balkans reconstruction but also integration. This is where the rule of law controversy unfortunately plays a role: the political and constitutional quagmire of a few Eastern member states is the worst possible context for those who want to encourage the EU to take seriously and speed up enlargement – until the entire Western Balkans region (with altogether 18 million citizens in the 6 countries) becomes part of the EU. One can call this the enlargement a paradox. Some governments that are keen to proceed with enlargement do everything to disprove that it is a successful and worthwhile project. The best effort Slovenia can make therefore for continuing EU enlargement is to step out of the shadow of Orbán and recommit to the values of political pluralism and social progress. This would be even more important since most of the Conference on the Future of Europe will also take place during the Slovenian Presidency. Together with the three key EU institutions, Slovenia will have a unique opportunity to lead this debate on the future of Europe. Paying better attention to the concerns of South-East Europe would indeed have great added value.