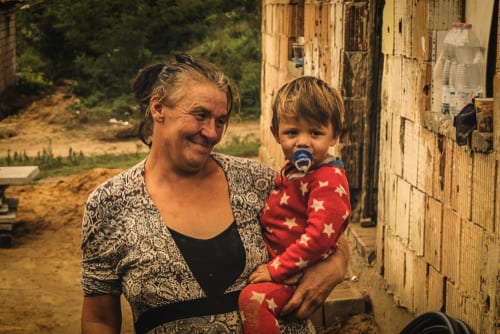 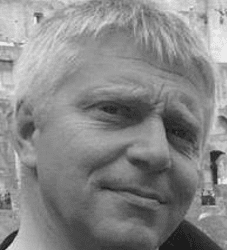 by Martin Kovats
Special Advisor on Roma issues to the EU Commissioner for Employment, Social Affairs and Integration 2010 to 2014

The EU at risk of becoming the stepmother country of an orphan people. By imagining Roma as a distinct and coherent transnational ethnic minority and policy object, the EU’s Roma policy feeds the ethno-nationalist idea that they do not belong to the state’s nation. It’s a wedge driven between Roma citizens and their national states, turning them into an ‘orphan people’, taken care of only by a ‘stepmother country’: the EU. The new EU framework needs to break that circle and get back to the principle that national authorities equitably serve ALL their citizens.

The EU Framework for National Roma Integration Strategies up to 2020’seeks to make a tangible difference to Roma people’s live by ‘putting an end to the exclusion of Roma’ – in other words, to raise living standards and promote equality of opportunity by directing resources and attention on the basis of Roma identity.

But is the aim to strengthen social cohesion by reducing inequalities, or is it to politicise Roma identity as a medium for change? This distinction is rarely considered as it is generally assumed that not only are these aims not mutually incompatible, but that they are actually complimentary. The logic of the Framework is that tangible improvement can be made through targeted Roma policy initiatives.

However, both the history of Roma politics and the experience of the Framework itself show that this assumption does not hold. State socialist assimilation policies produced impressive social and economic gains while rejecting the politicisation of Roma identity. In contrast, the postcommunist period in Central and South East Europe has been characterised by mass impoverishment combined with the unprecedented promotion of Roma as a distinct political identity, in terms of both Roma activism and Roma policy.

It is not possible to measure the effectiveness of the Framework in bringing about ‘tangible improvements’. This is not because of any lack of quantitative data on Roma, but because of their inconsistency due to the ambiguity of Roma identity and different methodologies. There is general agreement among academics and activists that ‘theEU Roma Framework […] fails to achieve its goals in all policy areas’, as Martina Matarazzo and Violeta Naydenova write in ‘Post-2020 EU Roma Strategy: The Way Forward‘, and the EC itself recognises that ‘progress in Roma integration has been limited since 2011′ and that ’employment did not improve in any statistically significant way’.

Despite the underwhelming impact on the living conditions and life chances of some of the continent’s most vulnerable people, the EC’s 2018 evaluation claimed that the Framework has demonstrated the EU’s added value by putting Roma on agendas, the development of dedicated governance structures and processes and through the use of Cohesion funds and ‘that without it Roma issues would receive less attention’. Undoubtedly, the Framework has stimulated the production of much more Roma-focussed governmental activity, both within Member States as well as among EU institutions. In fact, with the Framework overseeing the Roma policies of all Member States (as well as those of candidate countries), the EU has established an integrated European Roma governance process. The EU has become the lead political institution, not only in terms of public policy commitments, but also as a key provider of funding for Roma projects, bringing together of stakeholders and symbolic commemorations.

Who is responsible for Roma?

The EU has accreted political responsibility for an area over which it cannot ensure delivery. The Framework has allowed extensive poverty and exclusion to continue, while at the same time publicly presenting Roma as fundamentally different from their fellow citizens. Rather than countering, this reproduces a process that has been unfolding in postcommunist states since the 1990s. In addition, the EU’s involvement creates additional complexity when it comes to accountability. In becoming the political lead on Roma issues, the Framework’s key message that Member States are responsible for the social and economic inclusion of all their citizens (and legal residents) has been drowned out. This creates a perverse incentive for governments to undertake only limited activity to comply with the minimal standards for National Roma Integration Strategies (NRIS) to satisfy their accountability to the EU, while activists and advocates blame the EU for inadequate regulation and demand more intensive Roma governance at the European level.

The fundamental flaw in the Roma policy discourse lies in the lack of accountability within Member States, which itself reflects the civic weakness of Roma people (individually and collectively) to influence domestic authorities and institutions. Despite the historically unprecedented rise of Roma political activism over the last thirty years, it has not been possible to mobilise the required extensive public and private investment in key Member States to provide sufficient jobs, adequate housing or equitable public services. The low priority of Roma encourages discrimination as a means of rationing resources. Roma policy is meant to overcome material obstacles to inclusion, but by failing to achieve this it reinforces prejudiced perceptions of Roma as a burden on society, encouraging both physical and social segregation. Accountability to the EU is expected to, but cannot, compensate for the lack of civic accountability of national authorities.

This rejection of Roma within home societies is compounded by the EU’s endorsement of the idea that Roma constitute a distinct and coherent transnational ethnic minority, policy object and political community. This appears to legitimate the ideology of exclusion by endorsing majoritarian ethno-nationalist thinking that Roma do not belong to the state’s nation and therefore have a lesser status within the nation’s state. The Roma Framework sets European institutions on the path to taking ever greater responsibility for Roma through the development of targets, tools and processes for Roma governance. The strategic political risk is that continued failure to reduce social and economic inequality within Members States will lead the EU to become the step-mother country of an ‘orphan people’ – effectively a capitulation to racism and an abandonment of the aspiration that national authorities equitably serve all their citizens, regardless of ethnicity!

The EU has to decide how it will take forward its commitment to Roma. The first Framework has shown that it lacks the legal or political authority to compel key Member States to adopt effective social policies. Indeed, it may even have made things worse by presenting a patronising or prejudicial image of Roma difference without strengthening social cohesion by reducing inequality. While nominally seeking to increase the accountability of domestic authorities, it has effectively undermined it by setting low standards and expectations for national governments.

The real lesson of the Framework until now is that effective policy will only come about where it matters – in the Member States institutions and societies – when there is sufficient domestic political accountability. Therefore, the next EU Roma Framework needs to maintain the focus on quantitative reductions in inequality in Member States, but also enhance the quality of citizenship through supporting research, debate, transparency and accountability within states (rather than at the European level). Difficult as the situation is, the argument for Roma inclusion must be won within Member States and societies. Otherwise, not only will poverty and exclusion, racism and violence continue but, as ethnic divisions intensify, the EU will be expected to take on even greater responsibility for Roma from national governments, which will effectively facilitate and institutionalise racism and exclusion.